At present there is no consensus whether a protofilament is formed by joining oligomers or by adding monomers. The following questions can be posed: How many different mechanisms exist in the literature to describe the protein aggregation? What is the essence of each mechanism? What mechanisms or models are used in the literature to describe the experimental kinetic curves? What are the similarities between various mechanisms? The large volume of publications describing the formation of amyloid fibrils allows us to reveal two general mechanisms. There are a mechanism of sequential addition of monomers (linear growth) and a mechanism for describing the aggregation of prions (exponentional growth) (Fig.1). We analyzed two types of regimes of amyloid growth: linear and exponential. 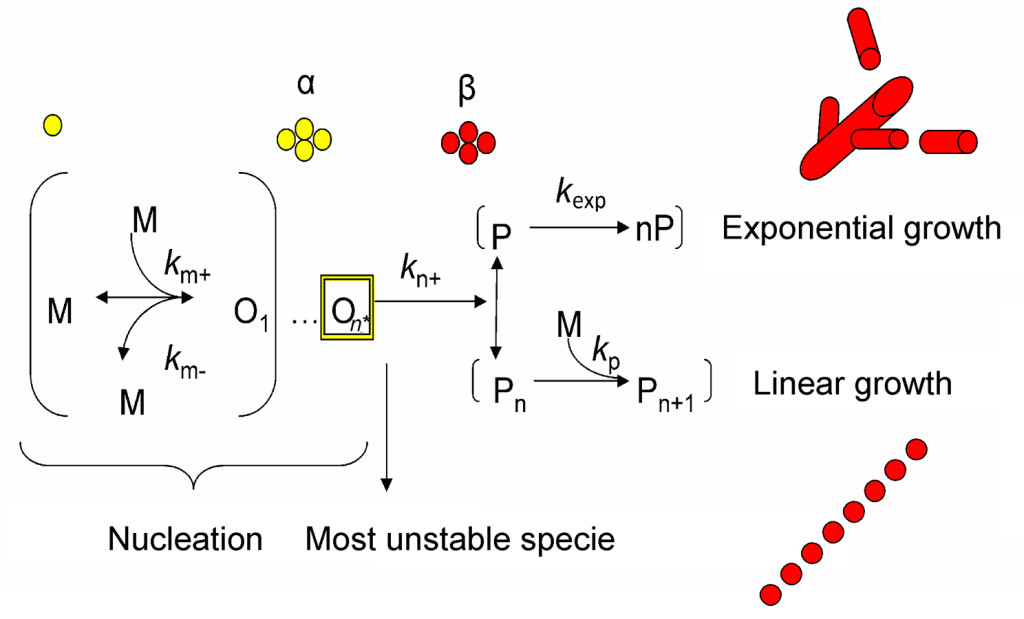