The thermotherapy is a useful approach in medical field, such as hyperthermia, laser soldering, laser ablation, laser surgery and other thermal treatment methods. In order to maximize the therapeutic efficiency while ensuring the patients’ safety, the thermal damage induced by the laser beam need to be predicted precisely. 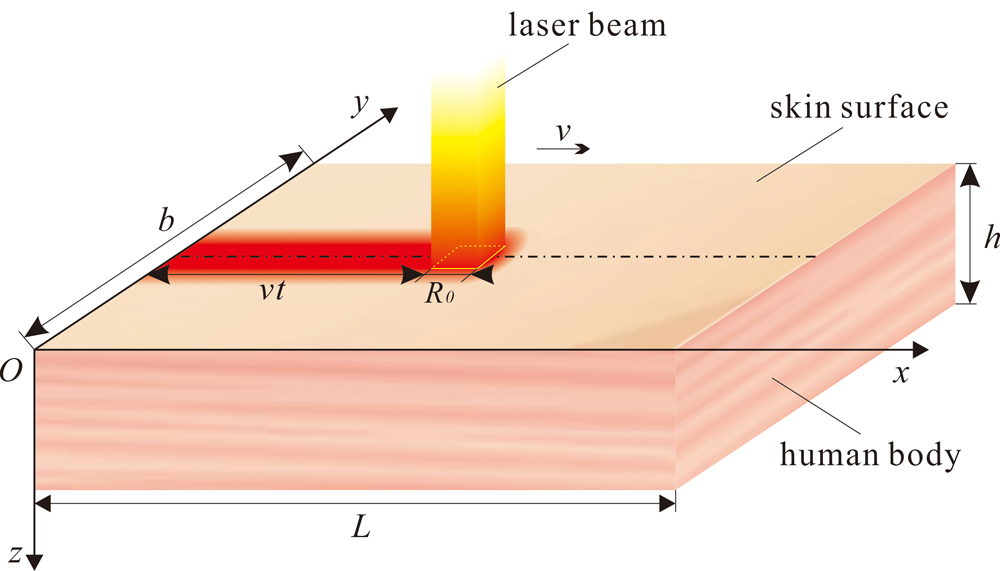 Fig. 1. Illustration of the human tissue irradiated to a moving laser beam.

The Henriques’ thermal damage model was employed to study the burnt damage. Usually three burn degrees are accepted according to the evaluation parameter of burn damage which is related to the denaturation rate.

The thermal conductivity of bio-tissue is small, so the burn mainly occurs in a small vicinity region of the irradiated area where the laser energy is concentrated. 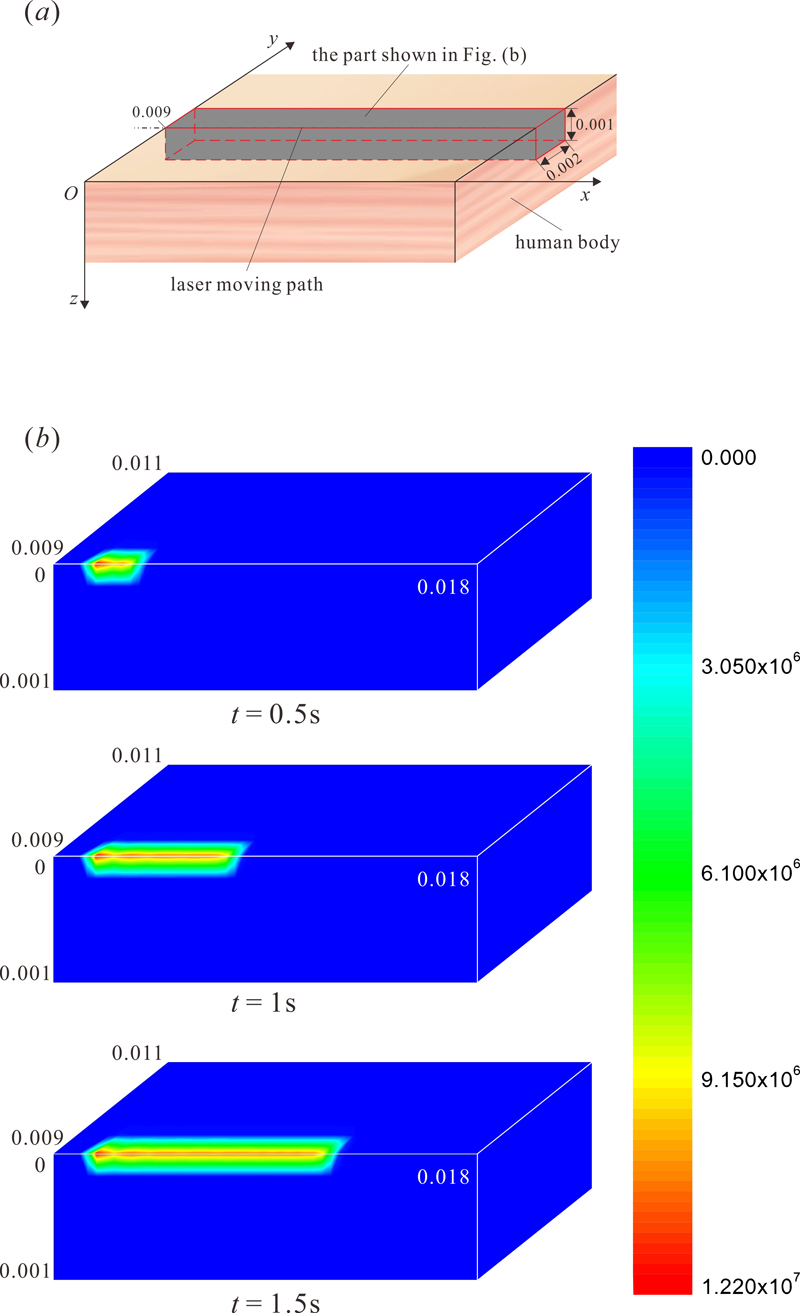 The empyrosis distribution in an appropriate part of the target tissue (the grey part in Figure 2(a)) is exhibited in Figure 2(b) in order for a clarified description of the thermal damage. It is obvious in Figure 2 that the empyrosis occurs in the area subjected to the laser irradiation. The most severe burn appears along the center line of the affected area on the top surface.