Prenatal exposure to bisphenol A and phthalates may modify fetal adipokines

Bisphenol A and phthalates are widely detected in human urine, blood, breast milk, and amniotic fluid. Bisphenol A is widely used in polycarbonate products, such as epoxy resins used as coatings on the inside of many food and beverage cans. Various phthalates are used in the manufacture of consumer products, such as food packages, polyvinyl chloride floor materials, shampoo, lotion, and fragrances. 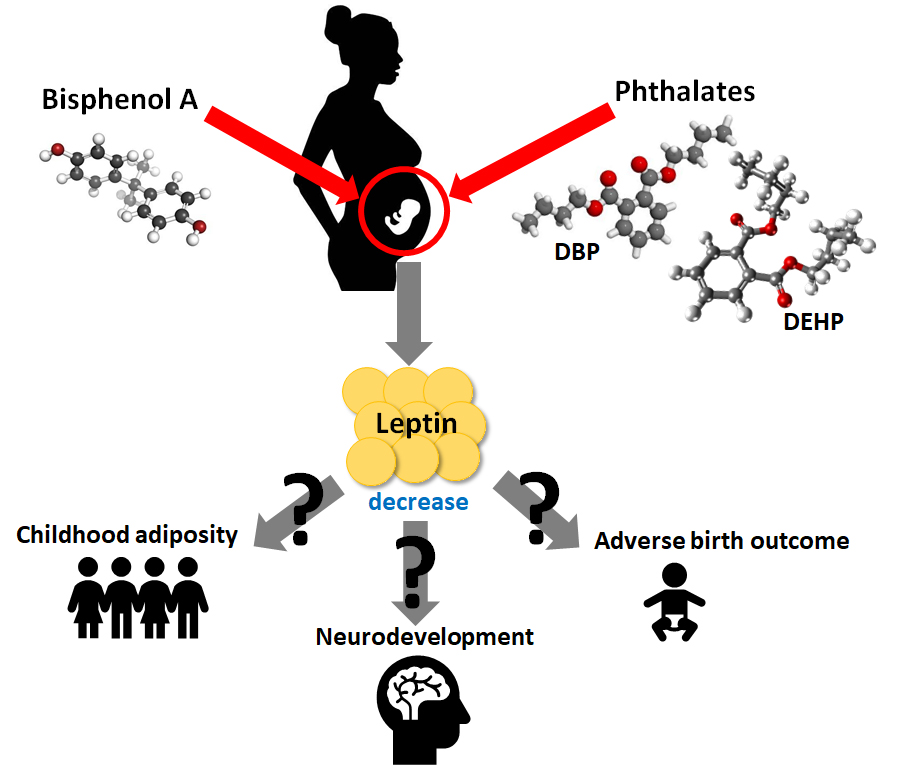 Experimental studies have demonstrated that exposure to bisphenol A and phthalates modified the regulation of metabolism. A fairly large number of epidemiological studies have shown a significant association between urinary levels of bisphenol A and various phthalates, and obesity and obesity-related disorders, however, the etiology is still largely unknown. Exposure to these chemicals during fetal development, and its consequences should be concerning because they can cross the placenta.

In this study, the association between prenatal exposure to bisphenol A and phthalates and cord blood adipokines was investigated of 365 mother-child pairs in a prospective birth cohort study in Japan.

Cord adipokines can predict early childhood body size and adiposity according to the previous prospective studies. Leptin can also affect the central nervous system with subsequent alternations in psychological functions, and low leptin levels have been associated with increased risk of developing dementia. Decreased leptin at birth may remain low and may potentially influence the adverse outcomes on neuro- and psycho-development.

Longitudinal studies should be conducted to help understand the connection between changes in the cord blood and leptin levels and childhood anthropometric and neurobehavioral development.

The present study provided some evidence that prenatal exposure to bisphenol A and certain phthalates may modify fetal leptin levels.