Preparedness rising from the ashes of disaster: The phoenix of transformative learning

Worldwide, societies and their citizens face ever-increasing risk from natural disasters. Pivotal to managing this risk is preparedness. However, consistently low levels of preparedness prompted the United Nations International Strategy for Disaster Reduction (UNISDR) to call for new preparedness strategies, including using disaster experience to facilitate preparedness. To achieve this outcome, disaster experience must be able to challenge the beliefs that undermine preparedness and enable transformation in people’s understanding of the consequences of disasters and the importance of preparedness in ways that culminate in new and sustained disaster risk reduction (DRR) capability. To explore this issue, we first consider the beliefs that experience must challenge. 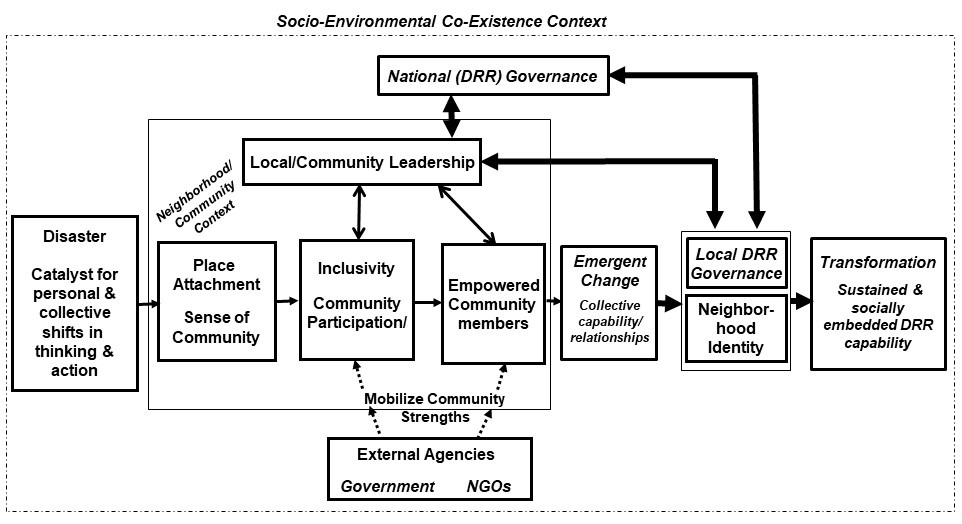 Low preparedness is driven by several factors: people underestimating their risk; believing events will not occur until well into the future; overestimating coping abilities; believing that preparedness is ineffective; overestimating the effectiveness of insurance; believing that people control nature and transferring responsibility for control to civic authorities; and low levels of regular engagement with neighbors. Such beliefs and practices result in many people (up to 80%) deciding not to prepare. So, can disaster experience challenge these beliefs and transform them in ways that culminate in new DRR capability?

In all cases, people’s experiences and their need to develop ad hoc response solutions prompted their acknowledging both the significance of their lack of preparedness and their need for better preparedness. The inadequacies of insurance, the value of local neighborhood relationships, and developing survival, structural and psychological preparedness emerged as future preparedness goals. However, in only some cases did these emergent goals transform into enduring DRR capabilities; the UNISDR goal is thus only partially realized by disaster experience per se. Consequently, a deeper understanding of transformative DRR processes is required.

Where transformation occurred, key shifts in thinking included recognizing the need for DRR capabilities to derive from co-existing with the environment rather than believing nature could be controlled. Community-based leadership was also influential.

Transformative community leaders created inclusive social contexts for collaboration, but only when remaining in this role during and after recovery. Transformative outcomes also derived from leaders building relationships between neighborhood groups and civic authorities and NGOs and helped develop governance processes that supported local DRR. This was enhanced by civic authorities and NGOs adopting strength-based strategies to empower local action by supporting the application of local knowledges and socio-cultural beliefs and practices to new DRR initiatives. That is, community belief and actions were instrumental in transformative DRR.

Change was founded on people’s sense of place attachment, emergent social networks that facilitated sharing ideas and resources, providing mutual support, and the creation of a neighborhood sense of community that persisted well after recovery was complete. The relationship between these and sustained, transformative DRR outcomes was mediated by a local governance and residents developing a sense of neighborhood identity. The process is summarized in Figure 1.

Disasters are becoming more frequent and destructive. This makes supplementing disaster recovery work with transformative DRR capacity building processes important. Working together, communities, their leaders and civic and NGO agencies can ensure they all emerge more resilient and more capable in the aftermath of disaster.