The number of patients with type 2 diabetes (T2DM) continues to increase despite the recent advances in pharmacological therapies for T2DM. This fact indicates that we still may not sufficiently understand the pathophysiology of this disease. 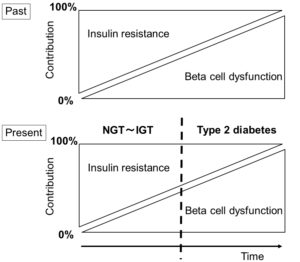 By using human pancreas tissue, we and others have shown that the number of beta cell which secrets insulin is reduced by half in patients with T2DM. UK Prospective Diabetes Study (UKPDS) has also shown that beta cell function was reduced by half at the time of diagnosis and further progressively declines by 5% per year in patients with T2DM. Although T2DM is characterized by obesity and insulin resistance, these findings highlight the critical role of deficit of beta cell for development and progression of T2DM and change the current concept of T2DM (Fig. 1).

We have also found that beta cell function assessed by C-peptide measurement progressively declines with disease duration of T2DM in Japanese population. In that study we found that the decline of beta cell function was steeper in patients with obesity compared with those without obesity. 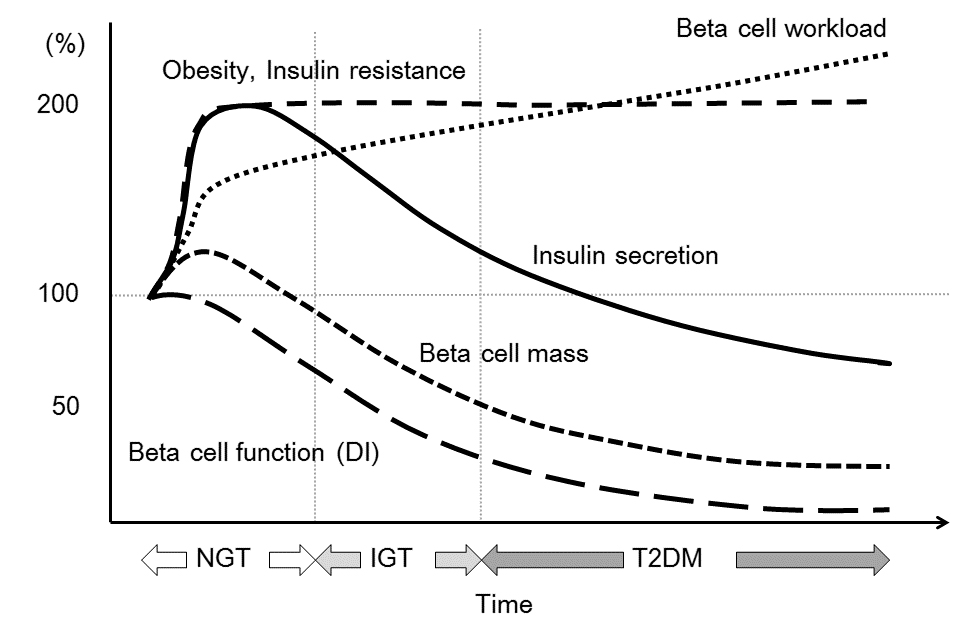 Postprandial C-Peptide to Glucose Ratio as a Marker of β Cell Function: Implication for the Management of Type 2 Diabetes.
Saisho Y
Int J Mol Sci. 2016 May 17