Pursuit of a genuine effect of acupuncture: development of placebo acupuncture needles

Acupuncture has been used to treat a wide range of health conditions. The efficacy of acupuncture has not conclusively been established because only randomized control trials using single-blind needles have been reported. Single blinding is problematic because it is insufficient to prevent practitioner bias. In acupuncture research, practitioner blinding had been considered virtually impossible.

Addressing this methodological shortfall, we developed acupuncture needles to blind both patients and acupuncturists, namely double-blind acupuncture needles (Fig. 1). The visco-elastic stuffing inside the guide tube of both the double-blind real and placebo needles renders the needle insertion into the skin indiscernible to the acupuncturists. The placebo needle has a blunt tip which presses the skin but does not penetrate the skin, like placebo needles for single blinding. However, the double-blind needles have a stopper mechanism that controls the depth of the needle insertion and skin press, unlike single-blind needles. This prevents the acupuncturist from adjusting the pressure against the skin or the depth of the needle insertion, which is another advantage over the single-blind needles. 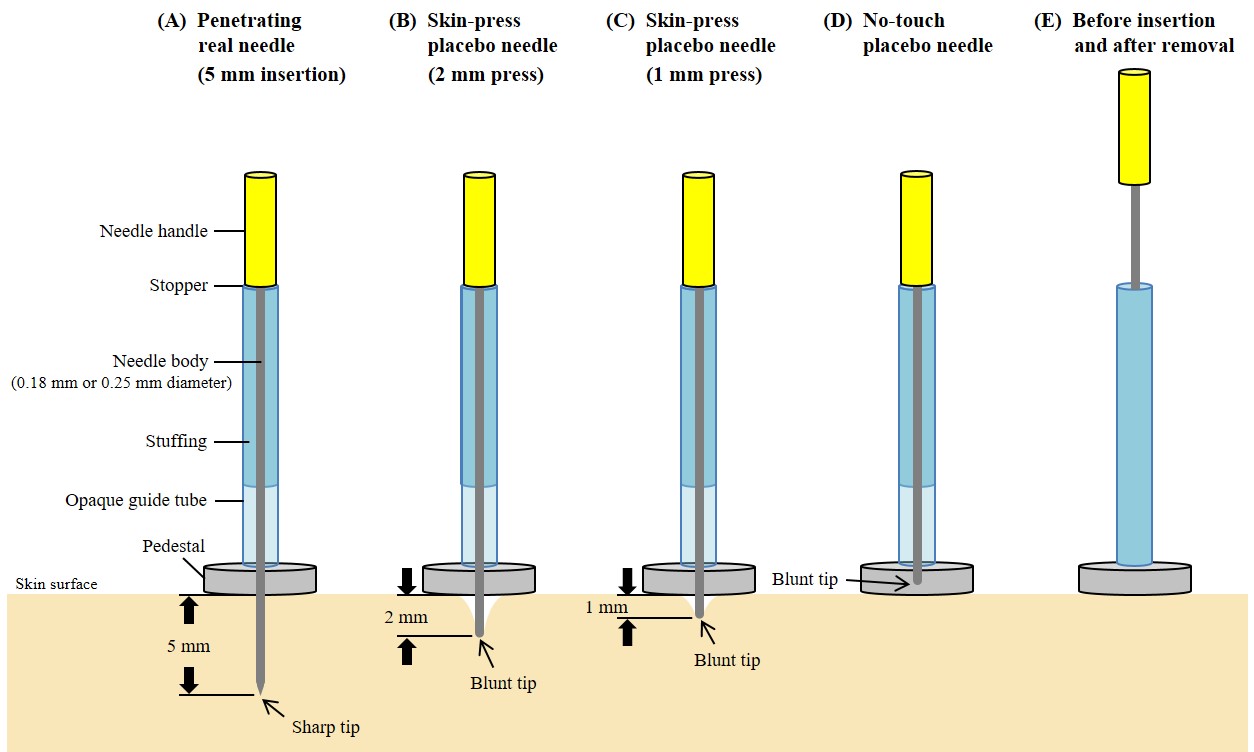 Fig. 1. Acupuncture needles for double blinding.
The penetrating real (A), skin-press placebo (B and C) and no-touch placebo (D) needles comprise an opaque guide tube and upper stuffing to give resistance to the needle body during its passage through the guide tube. Each needle has a stopper, which prevents the needle handle from advancing further when the tip of the needle reaches the specified position. The pedestal on each needle is adhesive, allowing it to stick firmly to the skin surface. Nobody can distinguish the type of the needle before insertion and after removal of the needle (E).

In acupuncture trials using single- or double-blind needles, the majority of patients in the real treatment arm where they receive needle insertion, don’t believe they receive placebo acupuncture. In order for patients in the placebo arm to have the same degree of expectancy, a placebo needle must provide similar sensations as a real needle insertion. Then patients may guess the placebo needle as ‘penetrating’ at a similar rate as a penetrating needle in the real arm. In order to develop an ideal placebo needle, research should focus on the intensity of sensations felt by patients and its association with the depth of skin press using the blunt tip needle. 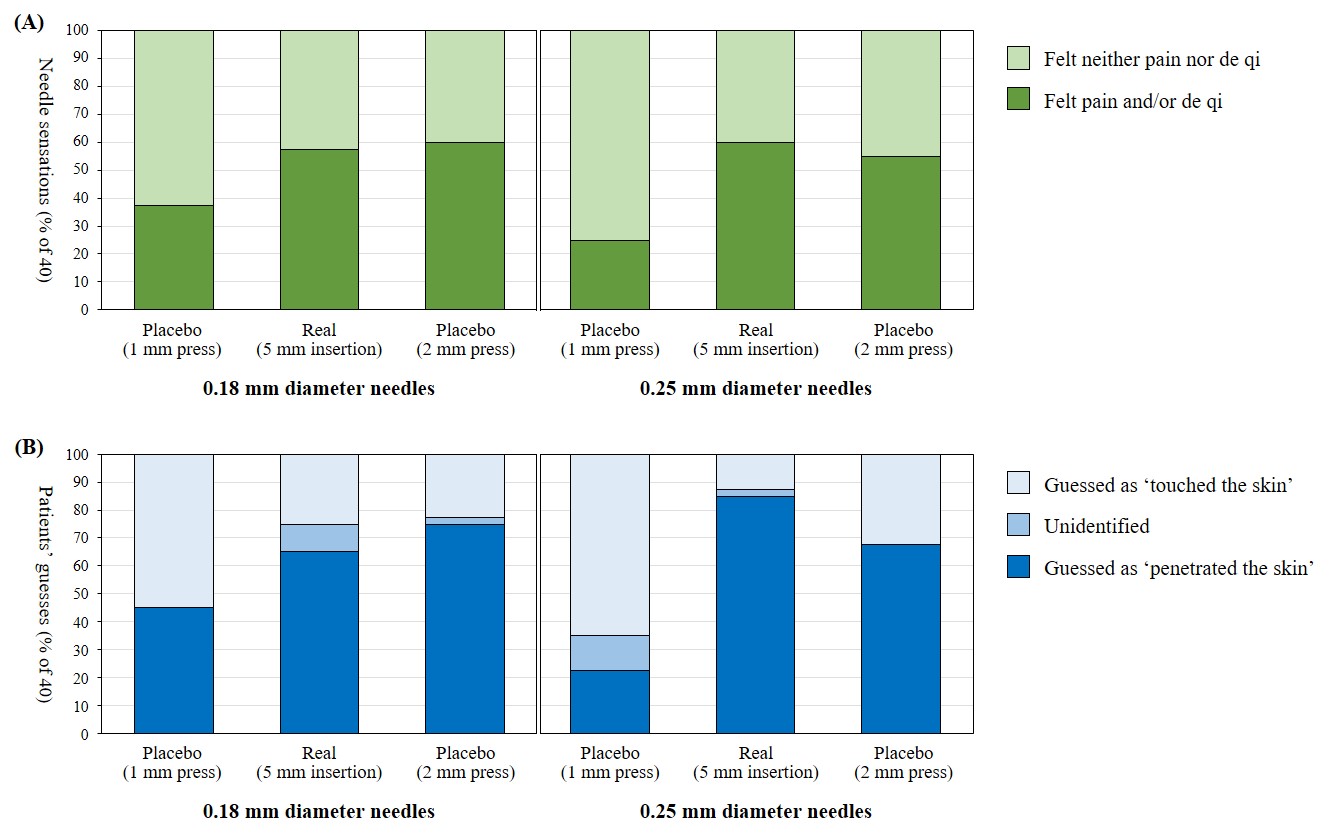