Contamination level of tea
Tea is one of the most popular beverages. Besides drinking water, it is the most consumed drink worldwide. The tea plant, Camelia Sinensis, is cultivated in many countries, such as the People’s Republic of China, India, Kenya, Sri Lanka, Turkey, Indonesia, Vietnam, Japan, Argentina and Iran. Worldwide, over three million tons of tea is produced yearly. 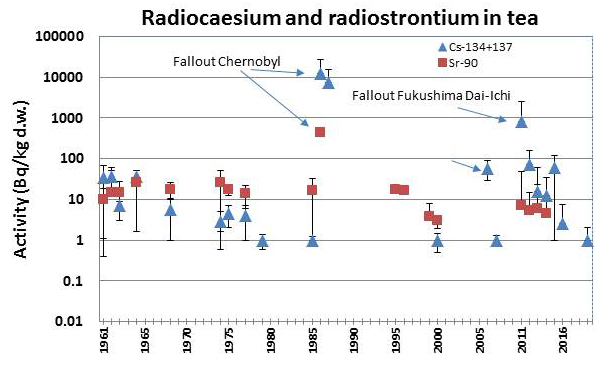 Tea plantations need large areas for production. The tea plant reaches a height of 1–5m and carries many leaves, therefore exposing a large surface at fallout. Consequently, tea is an ideal plant for the monitoring of radioactive fallout. When fallout is washed out on plantations, radionuclides are deposited on the surface of the leaves and on the soil. The tea plant takes up the radionuclides from the soil and translocates them quickly to the leaves.

Radioactive fallout has two main sources: Global fallout (fallout from over 900 atmospheric bomb tests starting in 1945) with a maximal fallout in the years 1962/63. The second source is fallout from nuclear accidents, such as the reactor fire at Chernobyl in 1986 and the multiple core melting at Fukushima Dai-Ichi in 2011. After a release of radio contamination, tea plantations will be affected for several years. In 1986, tea plantations on the Turkish coast of the Black Sea were heavily contaminated by the fallout from the reactor fire at Chernobyl (137Cs: ~10kBq/kg, 90Sr: ~400 Bq/kg). Two years later, the contamination level was reduced more than 90% (137Cs: ~1 Bq/kg, 90Sr: ~20 Bq/kg). The multiple core meltings at Fukushima Dai-Ichi resulted in a contamination level of ~1 kBq/kg of 137Cs and ~7 Bq/kg for 90Sr. While the elevated level of 137Cs was reduced to ~15 Bq/kg in 2013, the 90Sr-level was not raised by the fallout and remained at a level of ~10 Bq/kg. 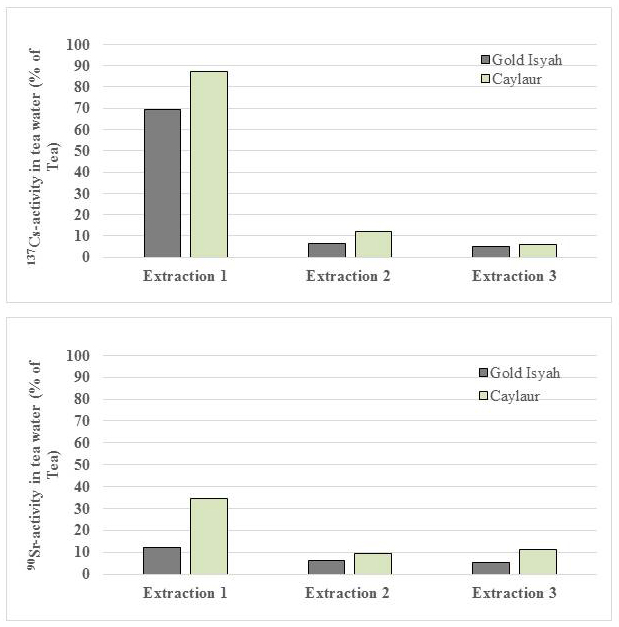 Fig. 2. Extraction behavior of radiocesium and radiostrontium in Turkish teas. 10g of Tea were each extracted with 1 L of water.

The tea brewing process
When tea is brewed, the original contamination in the tea leaves is more or less leached into the tea water (10g of two Turkish brands, Gold Isyah and Caylauer tea, were brewed with one litre of tap water. ~70–90% of the total 137Cs in the dried tea powder was washed out by a unique brewing process. Whereas, only ~10-35% of the total 90Sr could be extracted.

The preparation of tea water causes a remarkable reduction of 90Sr uptake by tea consumption. On the other hand, 137Cs is consumed almost quantitatively.