Risk of wildfire at wildland oil and gas facilities

An ever-increasing exploration and exploitation of oil and gas resources in wildlands along with an anticipated increase in the frequency and severity of wildfires (mostly due to climate change) can increase the risk of fire and explosions at wildland oil and gas facilities.

Nevertheless, the hazard of wildfire is hardly taken seriously and accounted for in risk assessment and management of such facilities. Usually the oil and gas production facilities in wildlands are separated from the surrounding combustible vegetation (trees, grasses, shrubs, etc.) by means of buffer zones (vegetation-free or bare land). Such buffer zones, determined often based on general guidelines or rule of thumb, may prevent the direct impingement of wildfire flames but cannot seem to eliminate the risk of wildfire’s radiant heat. 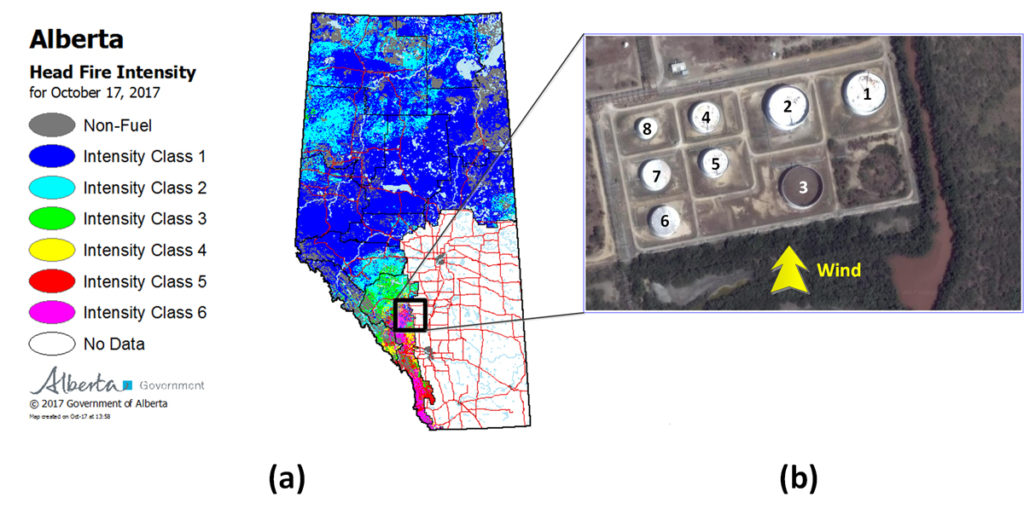 Process vessels such as storage tanks, which are widely used in oil and gas facilities, can get damaged exposed to heat radiation intensity of as low as 15 kW/m2, catch fire, and trigger a chain of secondary fire and explosions (also known as domino effect) in other process vessels in their vicinity. In the event of wildfire, the regional and/or national firefighting resources are usually focused on more vulnerable targets such as residential communities and critical infrastructures. Besides, the facility’s own fire department, if any, is very likely to be non-operational due to the evacuation of the firefighters and other personnel for safety precaution. In the absence of firefighting endeavors, the triggered domino effect may not only burn down the entire facility but also exacerbate the wildfire by releasing the highly flammable and explosive petrochemicals from the damaged process vessels.

In the present study, we integrated available techniques of wildfire forecast and domino effect modeling to investigate the impact of wildfire on oil and gas facilities in wildlands. For illustrative purposes, we considered a hypothetical oil terminal in Alberta, Canada, as one of the wildfire-intensive regions in Canada and the world. The wildfire real-time information and characteristics such the fire intensity (Fig. 1a) were obtained from Alberta Wildfire, a public website administrated by the Government of Alberta. The approximate location of the oil terminal is marked on Figure 1a while the layout of the terminal is depicted in Figure 1b. As can be seen from Fig. 1b, there are buffer zones (land covered with gravel) provided between the exposed tanks # 1, 3, 6 and the wildland’s combustible vegetation (trees).

Considering the location of the oil terminal, the weather conditions such as wind speed and direction along with the wildfire characteristics such as fire intensity and flame length were obtained. Accordingly, the magnitude of heat radiation tanks # 3 and 6 would receive from the wildfire was calculated to be large enough to cause damage to these tanks. Given that the tanks contain petroleum products, the damage to tanks # 3 and 6 could result in tank fires at them, which in turn can give rise to secondary fires at the other tanks via domino effect. Dynamic propagation of fire through the oil terminal, starting from tank fires at tanks # 3 and 6, is depicted in Figure 2. 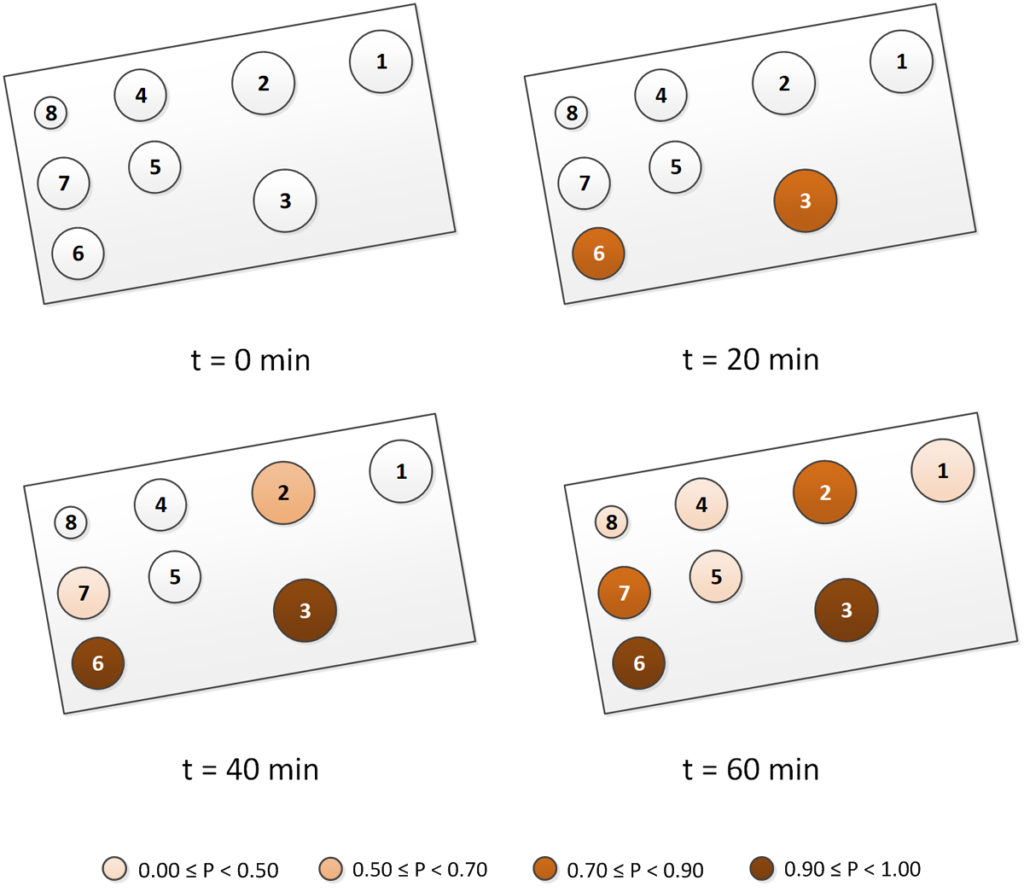 Fig. 2. Dynamic propagation of fire given the wildfire-induced tank fires at tanks # 3 and 6.

As can be seen from Figure 2, in the case of inadequate buffer zones, the safety and integrity of the oil terminal could seriously be jeopardized via both direct impact of wildfire (tanks # 3 and 6) and indirect impact of wildfire (propagation of fire to the other tanks). As such, we suggest that the buffer zones should be calculated based on quantitative risk assessment of potential wildfire scenarios rather than general guidelines which usually do not consider the characteristics of the wildfire and the facilities.