Role of dopamine in cortico-basal ganglia loop in psychosis 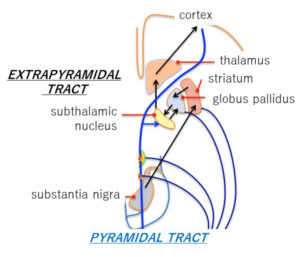 Fig. 1. Schematic diagram of the neuronal nuclei of the extrapyramidal tract

We have experienced acute psychotic states in a patient with Bickerstaff brainstem encephalitis (BBE). BBE is a rare autoimmune disease of the peripheral nervous system and brainstem that presents with an acute triad of ataxia, encephalopathy, and ocular muscle paralysis. In this case, inflammation in the brain stem region may have disrupted the cortico-basal ganglia loop and caused acute psychosis. In addition to BBE, we have experienced acute psychosis due to hormonal abnormalities such as cortisol deficiency and severe metabolic abnormalities such as diabetic ketoacidosis, all of which have in common an underlying systemic inflammation. The involvement of various inflammatory cytokines in psychosis has been demonstrated both in animal models and clinically.

Interestingly, both acute psychosis due to physical illness and first-episode drug naïve schizophrenia can exhibit extrapyramidal symptoms when examined carefully. Inflammation in the brainstem, as seen in BBE, can easily cause dysfunction of the extrapyramidal loop formed by the cortex and basal ganglia, including the striatum, resulting in extrapyramidal symptoms and psychosis (Fig. 1). The extrapyramidal tract forms the cortico-basal ganglia loop and regulates motor function as well as thought. This loop is a complex interplay of excitatory and inhibitory pathways, of which the dopamine D2 receptors in the indirect pathway play an important role in thought and behavior. There is an inverse correlation between glutamate in the dorsolateral prefrontal cortex and dopamine synthesis capacity in the striatum. An imbalance between cortical glutamatergic signaling and striatal dopaminergic signaling has been proposed as a model for psychosis. There is an indirect pathway from the prefrontal cortex to the midbrain involving GABAergic interneurons that regulates dopamine secretion. If the indirect pathway is predominant, a decrease in glutamatergic signaling releases the inhibition of dopaminergic neurons in the midbrain and increases D2 receptor signaling (Fig. 2). The extrapyramidal dopaminergic system modulates thought; for example, avoidance learning and flexibility of thought are impaired in mice lacking dopamine D2(L) receptors, which are receptors in the indirect pathway. Cytokine-induced neuronal dysfunction in the basal ganglia region can lead to excessive transmission of dopamine, causing inflexibility of thought and potentially inducing hallucinations and delusions. 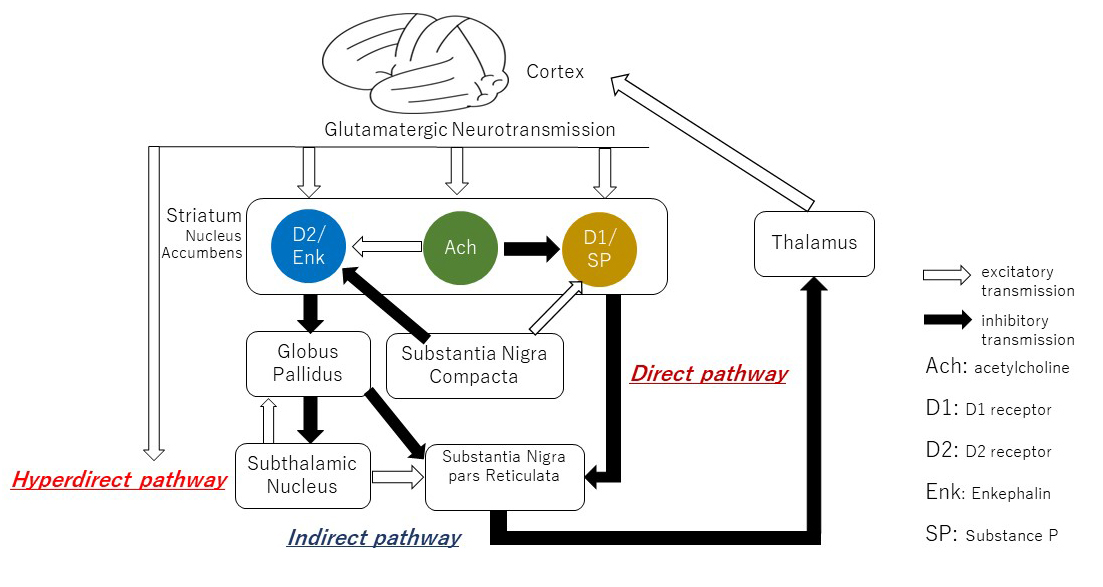 Fig. 2. Schematic diagram of excitatory and inhibitory neurotransmissions in the cortico-basal ganglia loop.

Investigating the function of the cortico-basal ganglia loop in patients who develop acute psychosis from physical illness may provide insight into the mechanism of psychiatric symptoms.