Selenium: mercury ratio in the whale shark from the Gulf of California

Mercury (Hg) is one of the main toxic pollutants, which is released into the environment from natural and anthropogenic activities. In contrast, selenium (Se) is an essential micronutrient, which is required for growth and development. The uptake of Hg and Se by marine organisms is mainly influenced by diet and trophic position, so top predators like sharks tend to accumulate higher concentrations. Co-occurring Se and Hg antagonistically reduce each other´s toxic effects, but the outcome depends on their chemical form as well as on the molar ratio Se:Hg. Due to the high affinity between Hg and Se, the formation of an inorganic Hg-Se complex is proposed as the mechanism responsible for the protective effect of Se over Hg toxicity. Nevertheless, if Se protection occurs through Hg sequestration, the molar ratio of Se:Hg in the tissues needs to be > 1:1 to be effective. 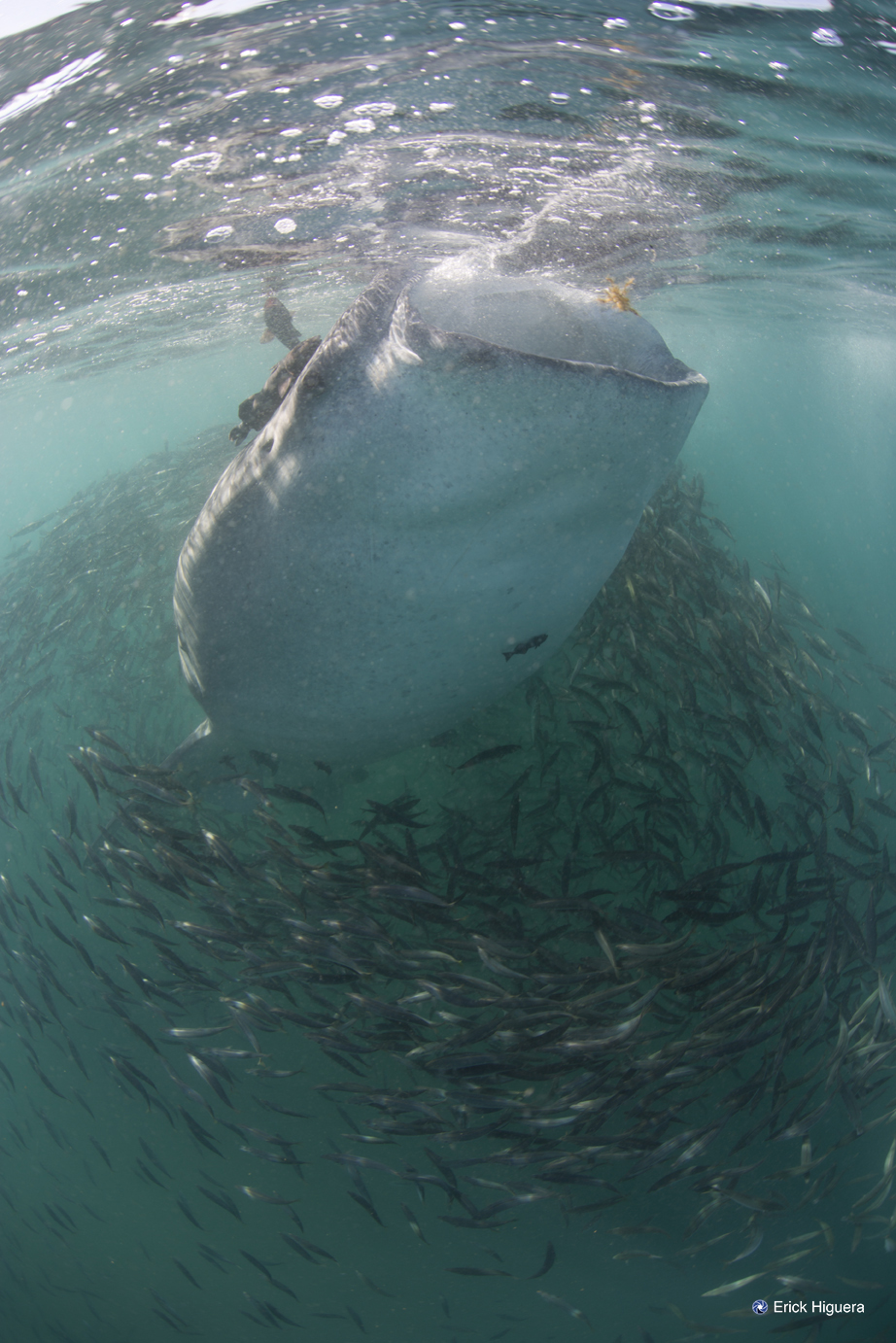 The whale shark (Rhincodon typus) is a filter feeder and a migratory pelagic long-lived species. It is a protected species, listed as endangered by the International Union for Conservation of Nature since 2016. Seasonally, this species aggregates in several areas of the Gulf of California and is regularly observed in Bahía de Los Angeles (BLA) and Bahía de La Paz (LAP), Mexico. The levels of Hg and Se, Se:Hg ratio, and biomagnification processes of these elements in this protected species are unknown. For this reason the bioaccumulation and biomagnification of Hg and Se was evaluated in 70 whale shark skin biopsies collected from BLA and LAP. Also, was determined the molar ratio of Se:Hg in dermal biopsies and zooplankton.

Concentrations (on wet weight) of Hg and Se in whale shark biopsies was 9 ± 7 in BLA and 4 ± 2 ng/g in LAP, and 230 ± 150 in BLA and 280 ± 200 ng/g in LAP, respectively. These findings suggest that Se concentration in the epidermis is sufficient to counter the toxic action of Hg. The non-significant relationship of Hg and Se with sharks’ length may indicate that these elements may not bioaccumulate in dermis, evidencing homeostatic regulation of Se. The Se:Hg molar ratio varied widely among whale shark biopsies within each bay; ranged from 8.3 to 627 in BLA and from 5.2 to 672 in LAP, being all values >1:1. Sex was not a significant factor in the accumulation of Hg and Se; nevertheless, the number of samples for females in both study areas was too small to apply any statistical test. Concentrations of both Hg and Se in our study were significantly different between the two areas. Higher levels of Hg in the northern (BLA) Gulf of California could possibly be associated to discharge from the Colorado Delta River and mining activities in Santa Rosalia, Baja California. Additionally, the source of Hg in the Gulf of California could be associated to hydrothermal vents, anthropogenic loads from metal impurities in raw materials, and past anthropogenic emissions mobilized from soils, sediments, and waters.

Assuming that the collected zooplankton is representative of the diet of R. typus, it can be proposed that Hg biomagnification is exhibited by this fish. Despite the biomagnification factor did not show any significant correlation with the total length of the animals, sharks < 4 m (juveniles with coastal habitat) showed a positive tendency with total length and sharks > 4 m (pre-adults and adults with habitat pelagic) exhibited a negative tendency with the total length. This could indicate a shift in the shark diet or/and metabolic changes once the animal reaches this size.