For over half a century we have regarded sex pheromones as powerful lures for male insects to female of the same species, but now we discover that the same molecules are also attractive for the larvae, which do not have sex life. This phenomenon, first observed in the moth Spodoptera littoralis (Poivet et al., 2012), has been confirmed in our work with the cabbage moth Plutella xylostella, one of the most devastating agricultural pests, and investigated at the behavioural, physiological and molecular levels.

In behaviour experiments, we observed that larvae of P. xylostella are attracted by the sex pheromone, but only in a food context (Fig. 1). In fact, they preferred feeding on cabbage leaves spiked with pheromone, but were not interested in the pheromone itself. This means that the molecule of the pheromone, a long linear aldehyde of 16 carbon atoms, is not a sex lure for the larvae, as for adults, but only acts as indicator of good food, like a sign showing the way to a good restaurant. For the larvae, the pheromone represents the smell of mother, which has left her mark while laying eggs on a fresh leaf of cabbage. Following this scent, the larvae, besides finding healthy food, also avoid competition with individuals of other species. 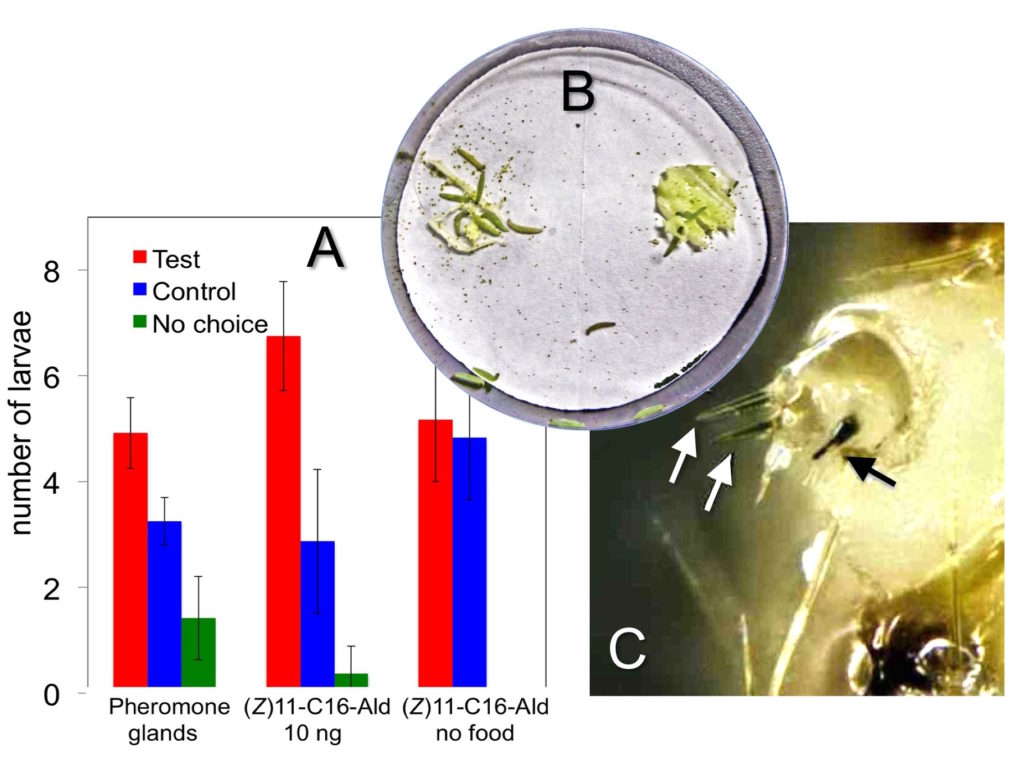 Fig. 1. (A). Larvae of P. xylostella are attracted by the main sex pheromone, but only in the presence of food. (B). Set-up of the behaviour experiment. The cabbage leaf on the left was spiked with pheromone, the one on the right represented the control. (C). The larval antenna is very simple compared with the adult’s and contains only few chemosensilla. Three of these (arrows) were stained by an antibody against one specific odorant-binding protein (GOBP2).

Looking at physiological aspects, larvae and adults use different strategies to detect and discriminate odours. The antenna of the moth is covered with hundreds of chemosensilla housing a large number of different receptor proteins, each responding to a spectrum of stimuli. Therefore, in adults chemical messages are encoded in complex maps of responses involving several sensors. In larvae, instead, a small number of sensory structures are finely tuned to few important chemical messages, providing clear specific responses, but poor adaptability to the variety of environmental odours (Fig. 1).

This view is confirmed at the protein level, where larvae use only two of the five proteins adopted by adults to detect pheromones. While male adults, flying in a complex environment of odours, have to identify the pheromone produced by the conspecific female among a variety of other smells, the larvae only need to detect the scent of mother and find good food on the cabbage leaf on which they were born. 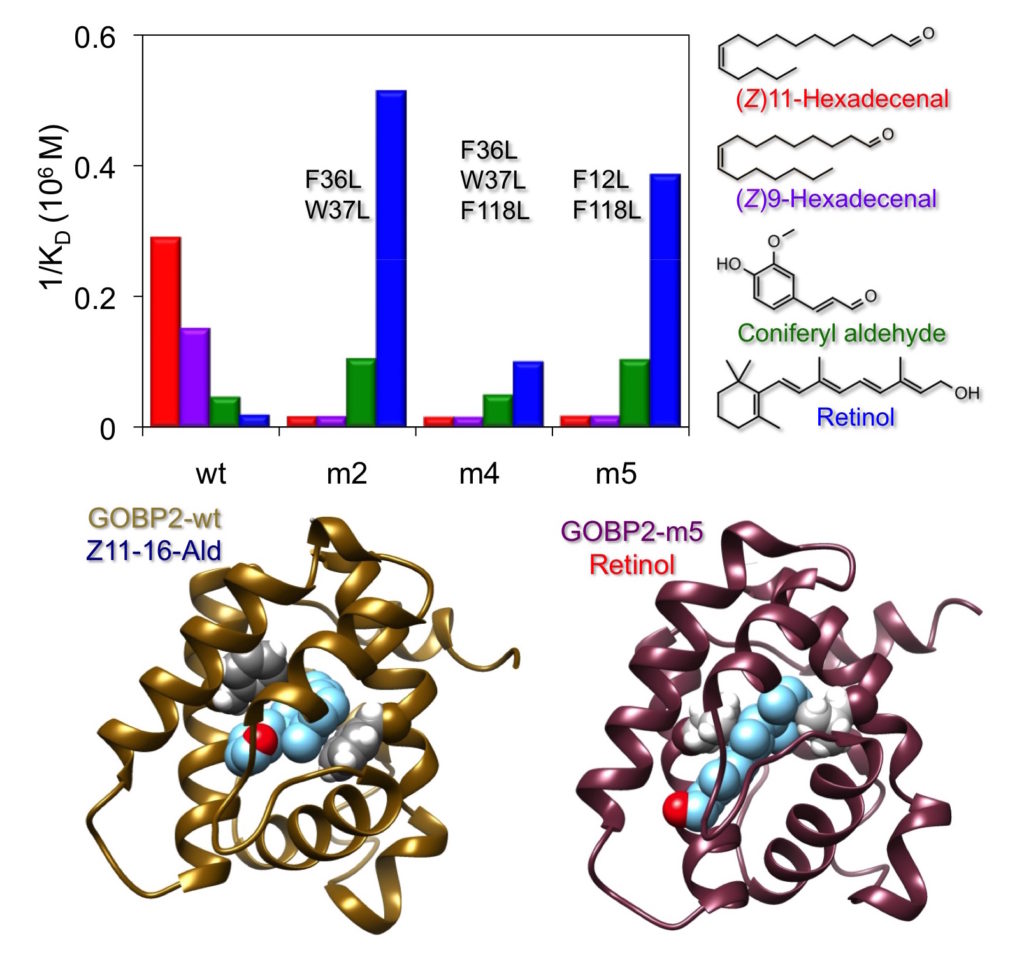 Fig. 2. GOBP2 binds the major component of the sex pheromone with high affinity and specificity. Substitutions of 1-2 amino acid residues shift the affinity to retinol (a terpenoid) and coniferyl aldehyde (a plant volatiles). The lower part of the figure shows models of representative complexes.

We have found that these proteins bind the pheromone with high selectivity (Fig. 2). The fine tuning of these proteins to the sex pheromone has been further confirmed by replacing one or two amino acids inside the binding pocket, with the result of shifting the specificity of the protein to plant volatiles and terpenoids, molecules structurally very different from sex pheromones (Fig. 2).

In conclusion, we found that (1) larvae follow the scent of the pheromone left by their mother to find good food; (2) their olfactory system is based on few dedicated sensors and does not need the plasticity of adult’s olfaction; (3) the proteins used by larvae to detect the pheromone are more finely tuned that those used by adults for the same task.