Soccer and metabolism: what are the limits of using saliva to understand the body responses?

Science is playing an increasingly important role in the world of sport. Understanding the molecular basis that relates to the degree of training, athletic performance or risk of injury can represent a major advance in ensuring the health of athletes and improving their sports performance. In the specific case of our study, we explored the possibility of using saliva to relate the physical activity during an official soccer game with the metabolic changes that it generates as a response in the body. We have discussed the limits of using this fluid, regardless how easy it is to obtain, and the difficulty of recognizing in its composition the result of a discontinuous physical activity such as soccer. 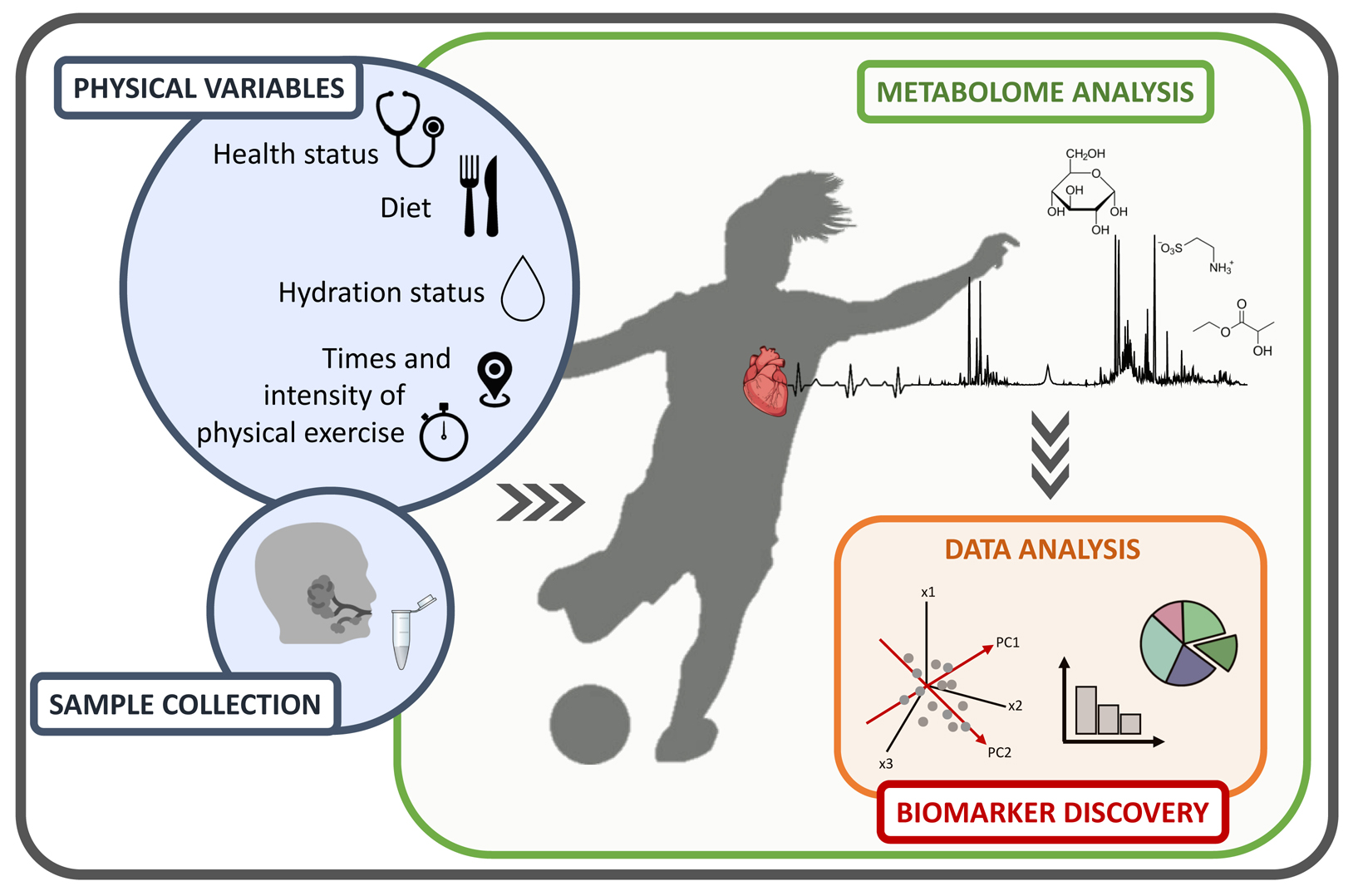 Our results indicate that it is possible to measure changes in metabolites related to hydration status, energy used by the body and the level of different metabolites. In the first case, we have observed that it is possible to exploit the total concentration of metabolites in the saliva to measure the dehydration produced during the match. We have found that this index is even more sensitive than the total amount of proteins. Regarding the energetics of the organism and the production of lactic acid, we have confirmed the low correlation between the level of this metabolite in saliva and the one observed in blood. In addition, the effect of its increase is less and lasts less time. For all these reasons, the use of the lactic acid concentration in saliva is of relative importance in defining the level of training and relative fatigue, as opposed to its level in the blood. Several other metabolites such as glucose, galactose, creatinine, urea, several amino acids including taurine, and hypoxanthine showed significant differences after the match.

One of the limits to this type of study is related to the different times and intensities of physical exercise that players develop on the field, which play an important role in the metabolic changes that are caused. This feature, and the short time that the effect of physical activity is maintained in the saliva metabolic profile, makes it necessary to plan adequately the sample taken immediately after the exercise ceases, and to consider, using additional biometric measures, the different effort made by each player.

A final important conclusion is that it will be impossible to completely understand the complex response of our metabolism to exercise with just a few metabolic markers. When evaluating the systemic reaction to this type of stimulus, it must be taken into account that in addition to competition, the final effect is determined by the diet, hydration, training and overall health of the athlete. Metabolomics studies, which measure a large number of metabolites simultaneously, have a great opportunity to contribute to this goal.