This review is based on the premise that all species are important to life on earth even if the exact role or value of a species has not been formally documented. Recently, many surprising and unexpected roles that species play in a variety of ecosystems have been uncovered, and this would strongly suggest that we apply the precautionary principle to the conservation of all species – essential unless we are ready to lose species that could with increased understanding be found to play critical roles in the cycle of life on earth. 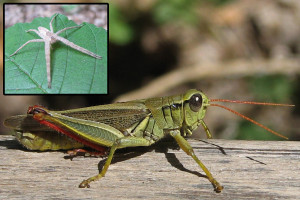 Many different roles or values have been assigned to species. Assigning a monetary value to species for their ecosystem services is far from comprehensive because it applies only to those that provide benefits measurable in economic terms. There are multiple examples of benefits provided by species to humanity, but some of the trickiest to assess are those that are subtle, unexpected, unanticipated or beyond current science. This review considers some examples of the surprising ecosystem services benefits of species that reflect the complex interconnectedness of nature and the importance of precaution.

Species provide a number of different types of ecosystem services. In this paper we divided them into regulating services (helping to regulate climate, water, and public health, for example), provisioning services (fibre, bio-chemicals, and food), and cultural services that serve to inspire us and nurture our love of nature. These services do not necessarily have a measurable monetary value.

One of the surprising services of species in helping to regulate our environment that are mentioned in the review is the fear which a spider (Pisaurina mira) induces in certain grasshoppers. This leads to the grasshoppers eating fewer plants, leading to a trickle-down effect of increased carbon storage, as the plants can allocate resources to growing. In an example of multiple regulating services, fiddler crabs, which excavate burrows amongst mangroves and in saltmarshes, help increase primary production in those areas, increase carbon storage, and provide for fish nurseries. 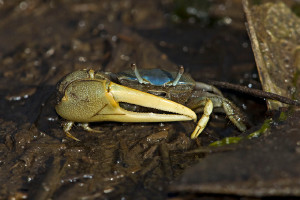 In the context of provisioning services by species, there is the example of a group of catfish (the genus Panaque) whose guts contain bacteria that digest wood fibres – of enormous potential for use in the paper and pulp industry. Another example: only just recently have scientists been able to better understand why a group of blue mussels (Mytilus) seem able to avoid other organisms − barnacles, for instance − sticking to their shells. Few other species attach to these mussels, leading scientists to see the benefits of their structure in reducing biofouling on marine structures, ships and boats. Furthermore, these same mussels attach themselves to surfaces under water using an adhesive which is twice as strong as the best industrial equivalent.

From amongst instances of cultural services provided by species, some of the most important provide inspiration and instil pride. Examples mentioned here include the mascot for the 2014 FIFA World Cup in Brazil (the Brazilian three-banded armadillo, Tolypeutes tricinctus, which can roll up into a ball), and the pride of the “back from the brink of extinction” Black robin on New Zealand’s stamps.

These examples of the vital importance and practical benefits of species from a diverse set of ecosystems show the need for species conservation. Species, biodiversity and nature are the wealth of our planet, far more so than the mined materials on which we place such value to support our industrial societies.