Spiders that pretend to be leaf veins

Daddy longlegs spiders (Pholcidae) are ubiquitous guests in houses around the world and thus known to most people. However, the bulk of the family’s currently 1,600 known species are confined to tropical forests, where they have evolved a wide range of body sizes, shapes, and colors. Much of this variation among species is due to adaptations to different microhabitats, such as leaf litter, large spaces among rocks and logs, tree bark, or life leaves. Changes among microhabitats thus appear to be among the main selective forces driving diversification in this spider family. 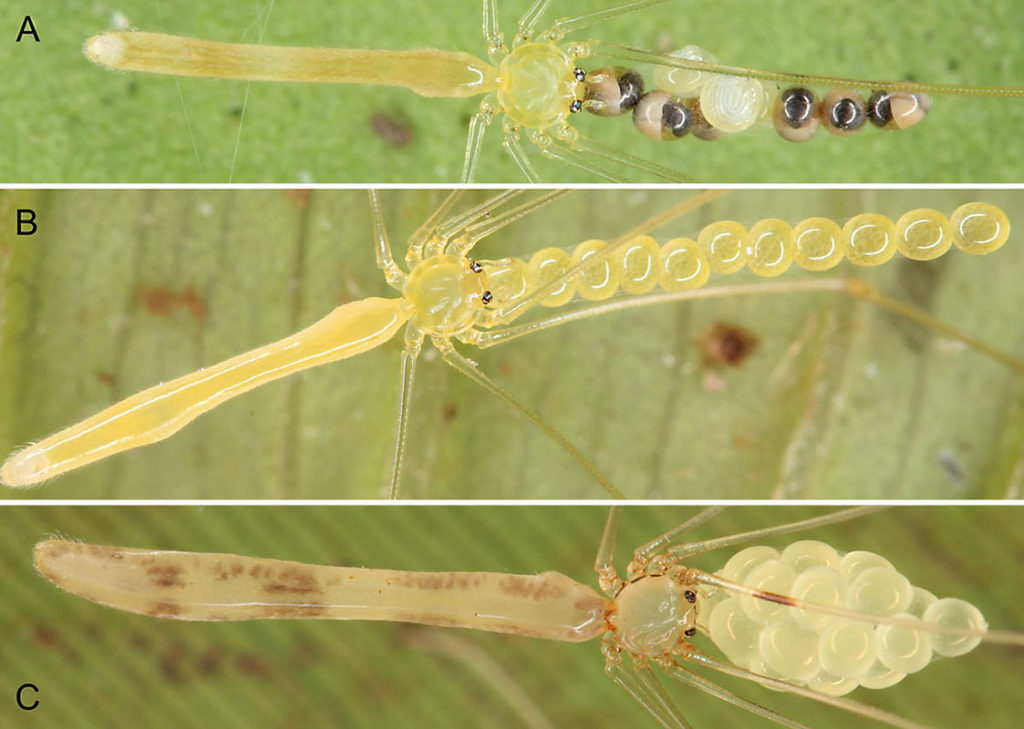 Fig. 1. Representatives two genera of pholcid spiders that have independently acquired very similar body forms as an adaptation to life on leaves.
A. Calapnita phyllicola from Malaysia, female with parasitized egg-sac (dark eggs parasitized).
B. Calapnita anai from Sumatra with all eggs aligned in a single row.
C. Micromerys baiteta from West Papua.
Photos: B.A. Huber.

A particularly interesting microhabitat is the underside of live leaves. Leaf-dwelling Pholcidae are usually pale greenish, have extremely thin legs, and spend the day tightly pressed against the leaf, making them almost invisible for visual predators (and collectors). Within Pholcidae, this lifestyle has been acquired independently about 30 times, and has often produced superficially very similar spiders in distantly related groups. For example, several groups have independently evolved very long worm-shaped bodies that resemble leaf-veins. Among these is the Southeast Asian genus Calapnita.

Calapnita spiders are common and ubiquitous leaf-dwellers in Southeast Asian forests, yet their cryptic coloration and lifestyle have resulted in a relatively poor representation in collections. No fresh specimens suitable for molecular work have been available, and morphological data had provided only some very rough ideas about the phylogenetic relationships of the genus.

The present revision of Calapnita is based on a sample of almost 1300 adult specimens, most of which were collected during recent expeditions to the Philippines, Borneo, the Malay Peninsula, and several Indonesian islands. 17 species are newly described, a phylogenetic analysis supports the basic separation into two distinct clades, and observations in the field reveal interesting facts about the biology of these spiders.

Their webs consist of a very fine sheet of silk directly attached to the leaf surface, never extending beyond the leaf. Usually the threads are barely visible unless viewed in a specific way (e.g. against the light when the leaf is viewed from the side). As in other pholcids, females carry their egg sacs until the spiderlings hatch and leave the egg-sac. Spider egg-sacs are usually round to oval, but in one group of Calapnita, all eggs are perfectly lined up in a single row, possibly to resemble leaf-veins just like the spider’s body. Nevertheless, egg parasites (tiny Idris wasps) have managed to access these eggs, laying their own eggs into the spider’s eggs. The spider does not seem to notice and continues to guard the eggs even though she is now guarding some of her worst enemies.