Diabetic retinopathy, is a complication of diabetes which causes vision loss and eventual blindness in adults. People with diabetes have more sugar in their blood than normal, which causes their bodies not to function correctly. Often proteins coated with sugars through a process called O-GlcNAcylation play a vital role in the healthy cells. Because the body needs the correct balance of proteins to be healthy, any increase or decrease in O-GlcNAcylation could potentially cause damage. 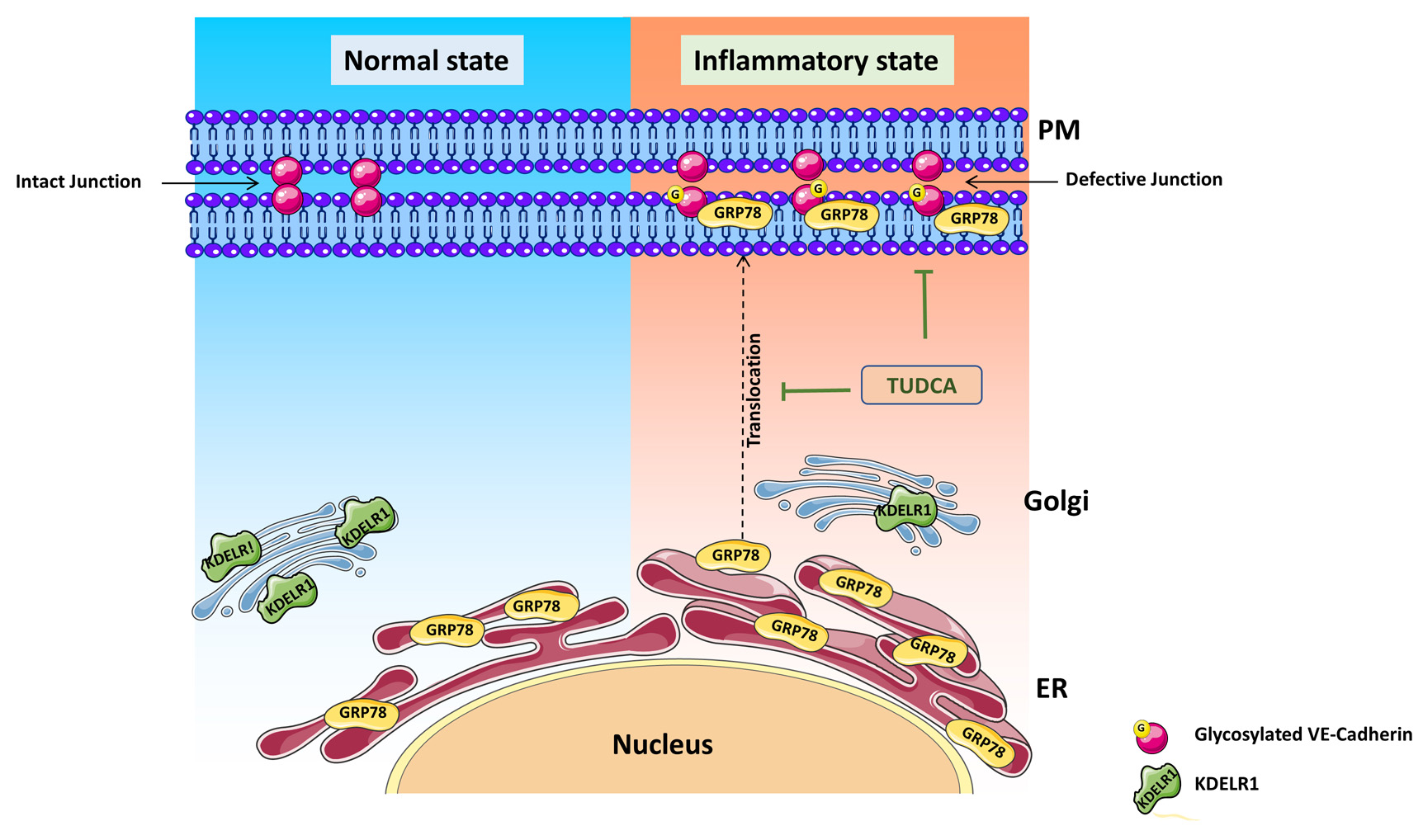 The cells lining the blood vessels (endothelium) in the eye have specialized systems of protein synthesis that help the eye’s blood vessels stay healthy. In the endothelium, endoplasmic reticulum (ER) an intracellular organelle is responsible for proper protein folding and maturation including O-GlcNAcylation. Previous studies have shown that inflammation mediated damage to retinal vasculature leads to dysfunctional ER leading to a phenomenon called ER stress, however, the exact mechanisms of how diabetes, inflammation and ER stress are linked to blood vessel damage is not known. Using endothelial cells from eyes incubated in a dish with high sugar and pro-inflammatory cytokine, TNF-α, we found that a ER specific protein in our body called glucose-regulated protein (GRP78) was activated, resulting in ER stress. GRP78 has an ER retention signal called as KDEL peptide, but when the KDEL is absent, the GRP78 could move out of the ER. We confirmed that in endothelial cells exposed to high sugar and inflammation leads to the transfer of GRP78 out of the ER to the plasma membrane of the cells. At the plasma membrane, we showed that GRP78 interacts with the VE-Cadherin, a junction protein in the endothelium that is required for cell-to-cell adhesion in the blood vessels augmenting the addition of sugar to VE-Cadherin (GlcNAcylated VE-cadherin). Interestingly O-GlcNAcylation of junction proteins further resulted in increased transmigration of leukocytes across a monolayer of endothelium and increased permeability under these stress conditions creating a perpetual motion of inflammation and ER stress.

Scientists have recently found that people with cancer have similar increased levels of GRP78, though it is unclear if this increase is a cause or effect of the disease. Since GRP78 respond to ER stress and likely affect cell function in diabetic endothelium as well as in cancers, targeting GRP78 pathway for diabetic retinopathy may hold important value as also being explored for cancer therapies. Future research needs to establish cause and effect relationship of GRP78 translocation to the plasma membrane to dysfunctional endothelium in diabetic models for developing such targeted therapies.