The primary source of energy for nearly all living cells is glucose. This simple molecule of sugar, a so-called monosaccharide can be found not only in sweets but also from the digestion of more complex carbohydrates molecules such as starch. The amount of free glucose that is circulating in our organism is called blood sugar and is precisely controlled by several mechanisms. In particular, cells can absorb it through specific channels, the so-called glucose transporters (GLUT) and then digest it in the process of cell respiration. However, different cells have different tastes for glucose as they need more or less energy according to their functions and metabolic rate. For example, the human brain exploits more than half of the organism’s daily intake of glucose. 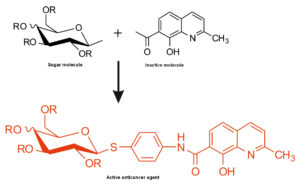 Fig. 1. Combination of a non-active molecule and simple sugar results in a highly active anticancer substance.

Cancers are diseases of cells that have forgotten to stop reproducing and that have become too stubborn to die. Therefore, they are known for their particularly high metabolism and thus, a demand for glucose that is higher than that of normal cells. Interestingly, a high blood glucose level, such as that in diabetes, may promote the growth and spread of cancer. The first observation on the higher use and specific metabolism of glucose by cancer cells made in 1920 by Otto Warburg, who was later awarded with  the Nobel Prize in Physiology or Medicine. Since then, novel therapeutic possibilities have been emerged. For example, an anticancer drug might be connected to the molecule of glucose resulting in a so-called glycoconjugate, which would afford better absorption through the GLUT transporters. After ingestion, the complex molecule can be divided into two parts to reveal its toxic component. Such drugs have become real Trojan horses because cancer cells ingest them quickly, thus poisoning themselves before normal cells can be damaged.

In our research, we connected the simple well-known organic molecules of quinoline acids with modified sugar parts (Fig. 1). This increased the activity against human colon cancer cells more than one hundred-fold. Quite unexpectedly, the resulting molecule had some new properties and appeared to be potent even without breaking apart into a sugar and drug moiety. 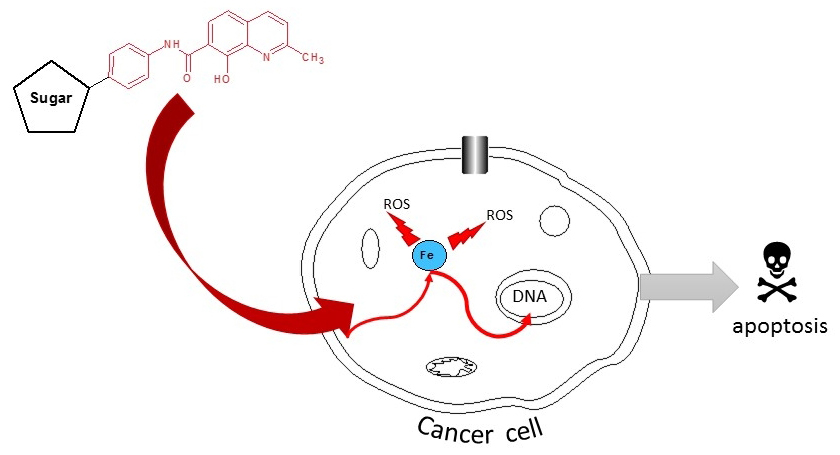 Fig. 2. The active compound enters the cell through the membrane and interacts with ferrous ions to produce toxic ROS and to intercalate the DNA. The damage to the cancer cell forces it to commit cellular suicide – apoptosis.

On the other hand, the newly synthesized drug did not necessarily need the GLUT transporters to reach the interior of the cell. Once absorbed into to the cell, the glycoconjugate binds to metal ions such as copper (Cu2+) or ferrous (Fe2+). Those metals, which are commonly present in tissues, are crucial for many physiological processes such as the catalytic action of enzymes or DNA synthesis. It is worth noting that cancerous cells tend to have a higher concentration of metal ions. Chelating those metals is followed by several steps that disturb a cell’s metabolism. These include the formation of reactive oxygen species (ROS) and the intercalation of DNA (Fig. 2). ROS are potentially a highly toxic reactive form of oxygen-like free radicals. These molecules are present in our bodies as a result of many metabolic processes, and they are believed to be the main factor of the ageing of the body. When a cell cannot effectively fight back against the damage that is caused by ROS, it enters apoptosis so called – the so-called programmed death. Forcing malignant cells to do this may be an effective way to destroy cancer cells.