Amino acids are essential and ubiquitous compounds for living organisms on Earth. Proteinogenic amino acids (except for glycine) have chiral carbon, and those enantiomers (L-form and D-form) exist (Fig. 1).

L-forms predominantly exist in nature, therefore researches of amino acids have been focused mainly on L-forms. But recently, the demand of D-amino acid profiling has been drastically increasing because significance of D-amino acids contribution to several kinds of biological events is suggested. 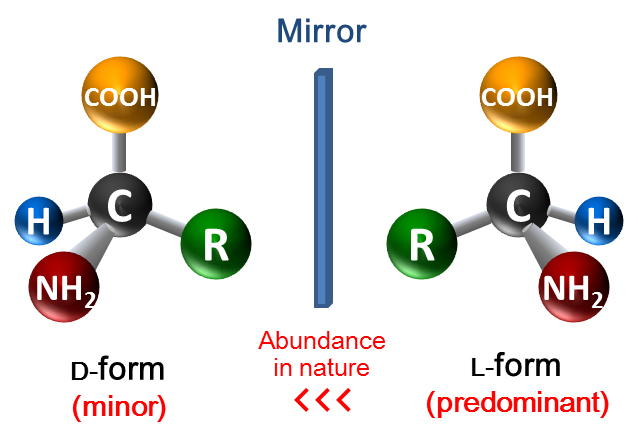 Enantioseparation of amino acids is one of the main themes in the field of chiral analysis, and many researchers have tried developments of simultaneous analytical method for a long time. However, due to problems such as long analysis time, insufficient enantioseparability, appearance of interference peaks, most of conventional techniques have not been able to satisfy researchers who participate in D-amino acid related. Therefore, highly sensitive, robust, high-throughput, and user-friendly method for D-amino acid profiling must be developed soon.

By combining a commercially available chiral column and LC-TOFMS (Liquid chromatography–time of flight mass spectrometry), we developed the novel tactic to meet the all specifications that are definitely required for the cutting edge studies of D-amino acids. 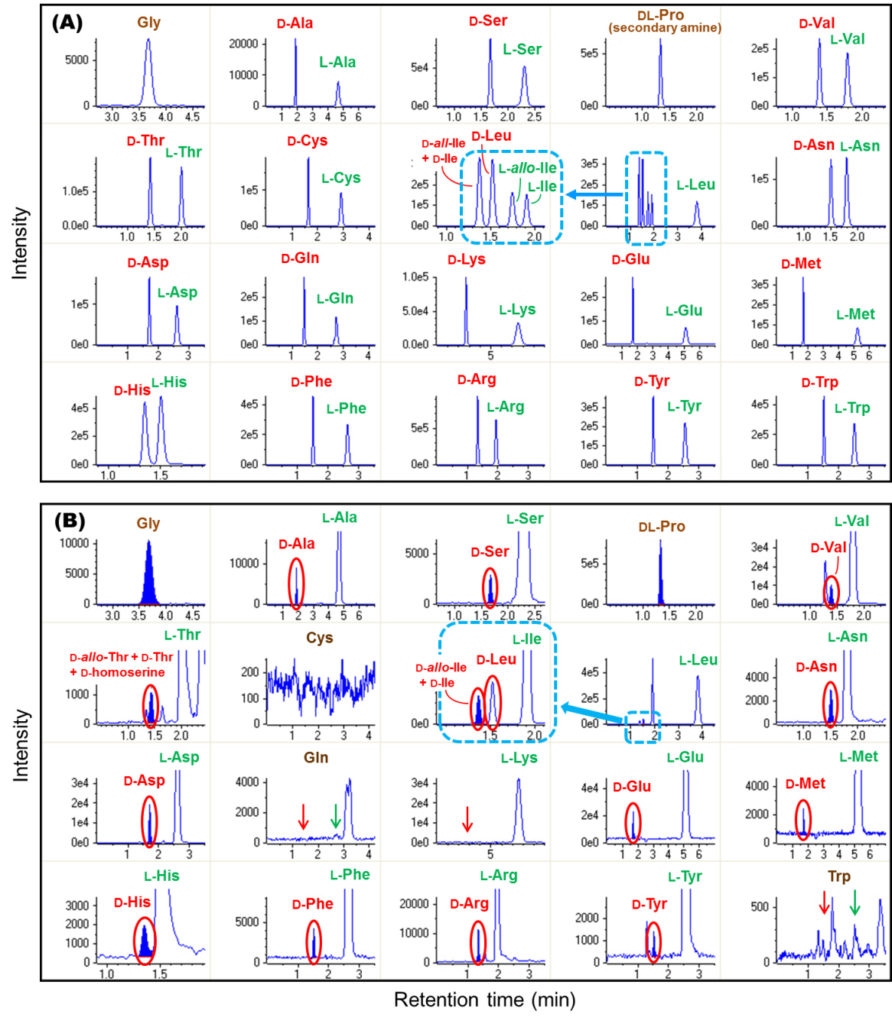 We have succeeded in not only enantioseparation using a mixed standard solution of proteinogenic amino acids, but also determinations of D-amino acids in several foods (black vinegar, kimchi, yogurt etc.) (Fig. 2).