Testing a new way to measure the impact of stroke: PRECiS

Cognition helps us think and understand the world. It involves functions like memory, attention, problem-solving, planning, organising and communicating.

After a stroke, many people have problems with cognition. These can affect confidence, mood and the ability to recover. We need to find treatments to improve the lives of people with cognitive problems after stroke and measures help us understand the effects of treatments. This is important to decide if a treatment has worked. 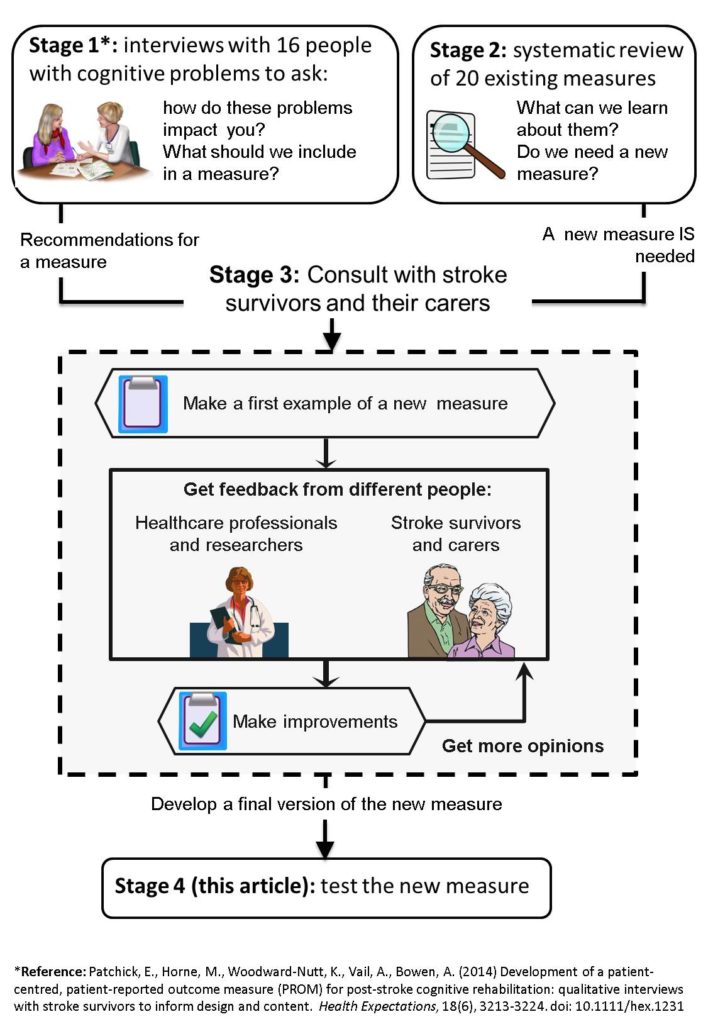 Fig. 1. How we developed the new measure, PRECiS

The aim of this research was to test:

Stroke survivors with cognitive problems completed PRECiS for themselves with support from a researcher. They were at least 18 years old and at least 6 months post-stroke.

Most people said that PRECiS:

There were very few questions with missing answers; another sign that people could complete PRECiS. There were responses across the whole scale, which is a good quality for a measure. The opposite is where responses are ‘bunched’ at one end of the scale (called “floor” or “ceiling” effects).

People said that PRECiS was good at exploring the impact of cognitive problems on many aspects of life. They suggested no questions for removal or addition.

PRECiS scores have highest correlations with measures of mood and social relationships. If people rated their cognitive problems as impacting their life, they also reported low mood and restricted social relationships; something we would expect. The weakest relationships were between PRECiS scores and cognitive tests; objectively measured cognitive ability did not necessarily correlate to subjective reports of the impact of cognitive problems. It is important to consider both to understand if a treatment has worked.

PRECiS questions are highly related to one another (indicated by a high ‘alpha’ score of 0.94). This suggests that PRECiS is tapping one coherent dimension i.e. impact of cognition.

Carers found it hard to match or predict the answers of stroke survivors (86 pairs available with a low correlation score of 0.43). This is not surprising but means that carers should not complete PRECiS on behalf of stoke survivors.

66 stroke survivors completed PRECiS twice. We found high agreement in answers given at these visits (0.85 correlation), which is a good quality. Interestingly, if people informally talked about a change in their cognition since the first visit, their scores on PRECiS often reflected this. For example, completing PRECiS reminded someone of previously-learnt strategies to overcome cognitive problems. By the second visit, they felt they had improved and PRECiS scores reflected this (explained more in Figure 2). 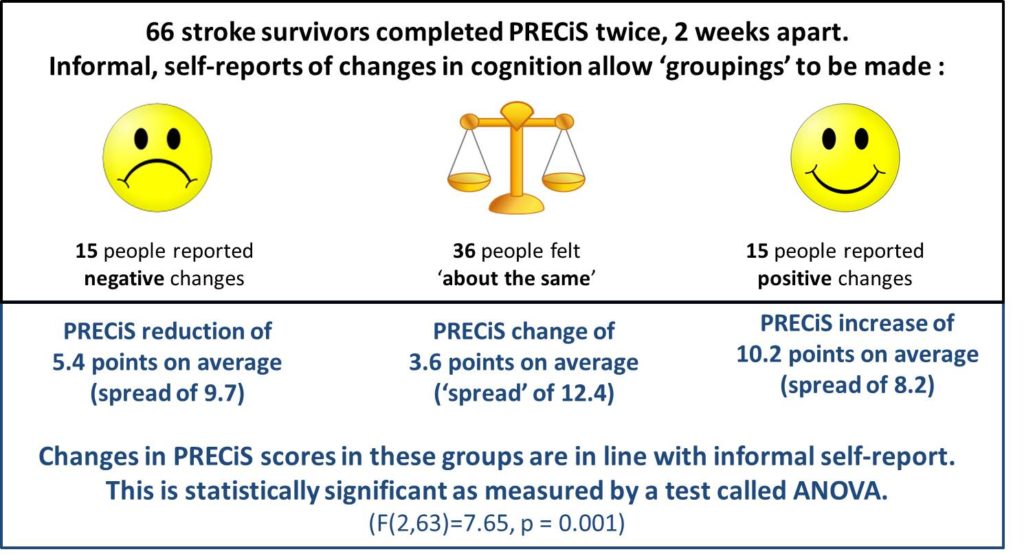 Overall, PRECiS has good qualities for a measure and stroke survivors helped to design it. It is a practical and reliable way of exploring the perceived impact of cognitive problems from the unique perspective of stroke survivors.