Across animals, variation in body size is often influenced by environmental conditions and is considered to have adaptive value. In bees, in which many species show various degrees of sociality, body size may also be associated with social organization (Fig. 1). Insect societies are characterized by two distinct female castes, the reproductive queens, and the workers that typically perform all non-reproductive functions in the colony. In the large, long lived, and more elaborate societies of honey bees and stingless bees, the queen is larger than the workers, and there is little size variation among workers. However, there are some exceptions among stingless bees (see Fig. 1C, below). The situation is different in annual species that live in smaller colonies and commonly show profound size variation among the workers. In bumble bees, which show the most remarkable size variation, the first workers are reared solely by the queen and are typically small; and the average worker body size increases as the colony population grows. Seasonal influences on body size are also observed in the relatively small and simple societies of some sweat bees and carpenter bees, which may contain less than ten individuals altogether (Fig. 1).

Fig. 1. Body size variation in bees.
(a) Body size variation in the facultatively social small carpenter bee Ceratina calcarata, between a small worker-like subordinate daughter (left) and a dominant reproductive mother (right) (photo credit Sandra Rehan). (b) Size polymorphism within a bumble bee (Bombus terrestris) colony. The queen is the largest individual to the left, and all other bees are workers that may vary in body mass by up to 10-fold. The large individuals are more likely to perform foraging activities outside the nest (photo credit Shai Yerushalmi). (c) Worker forager (left) and guard (right) of the stingless bee Tetragonisca angustula. Guards are 30% heavier than foragers and are equipped with larger mandibles (from Christoph Grüter et al. PNAS 2012;109:4:1182-1186).

As in other insects, the body size of bees does not change after reaching the adult stage and is determined mostly by growth during the larval stage. In solitary species, larval growth is determined by the amount and quality of food provisioned by the mother and is influenced by environmental factors such as temperature and the floral resources available in the nest vicinity (Fig. 2).  The situation is more complex in social species. Studies, mostly with bumble bees, indicate that larval growth is influenced by intricate interactions between the queen, the developing offspring (eggs, larvae, and pupae, collectively termed “brood”) and the workers, in ways that are only starting to be understood. In bumble bees, tending by the queen shortens their developmental duration, reduces their body size, and apparently prevents them from developing into young queens. Current research is aimed at identifying nutrients and bioactive molecules that are involved in the regulation of larval development. The effects of the queen on larva development may explain the increase in offspring size along with colony development. As more workers emerge, they take over most larvae tending duties and through this, dilute the inhibitory influence of the queen on larval development. Ultimately, virgin queens are produced at the end of the colony annual cycle and after mating spend the winter in dormancy in protected cavities. 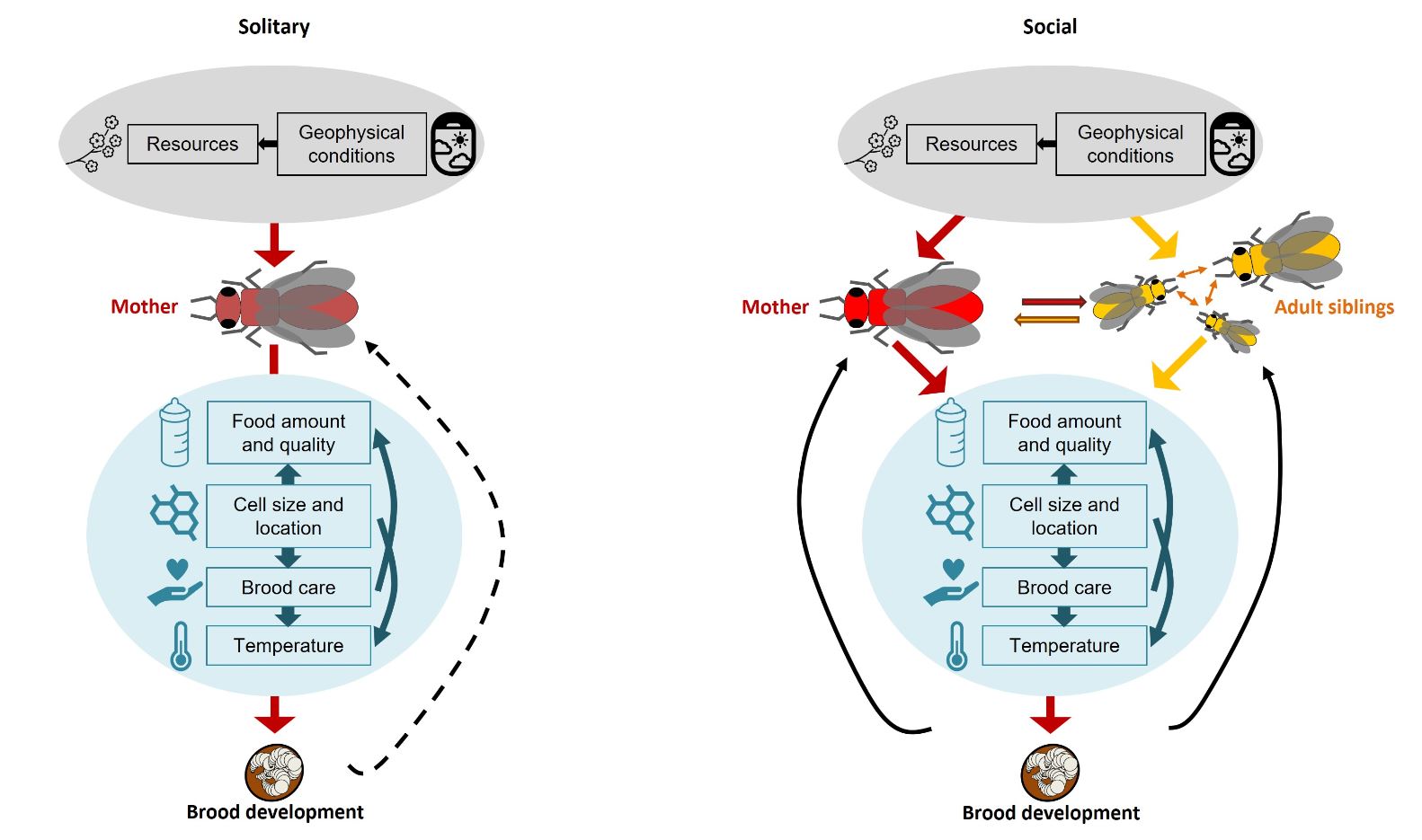 Fig. 2. A summary of the factors affecting body size in solitary and social bees.
Body size variation depends on environmental conditions that affect the brood ambient condition (e.g. temperature) and food amount and quality. In both solitary and social bees, resource availability and the size and position of the larval cell may influence offspring size. In social bees, a complex interplay between the queen, the workers, and the brood determines the ambient conditions, location, cell size, and the diet provisioned to the developing larva, which together determine its developmental program, final body size, and caste fate. The larvae may communicate with the tending adults bees, for example by releasing hunger pheromones. Arrows indicate an influence. Not all arrows are applicable to all species and their relative importance may vary among species.

It is commonly assumed that a larger body size is advantageous because it is associated with improved fertility, superior sensory capacities, thermoregulation, and foraging performance. However, larger individuals require more food and investment, and are therefore more costly to produce. The tradeoff between performance and cost of production may select for variation in body size as seen in bumble bee colonies. This may be specifically significant in incipient colonies, in which the resources available to the founding queen are variable and unpredictable, and the lost of even a single worker can be detrimental to nest survival. Thus, producing more small workers may provide insurance against the potential loss of workers to predation or illness. However, later in the colony cycle, morphological polymorphism among workers may improve colony efficiency. Indeed, in bumble bees, larger individuals have improved strength, sensory capacities, circadian rhythms, and some learning tasks, making them better fitted to take on foraging activities, whereas the smaller and less costly individuals contribute to the colony by performing in nest activities such as brood care and comb maintenance. There is also evidence that small body size can be advantages under some conditions, such as foraging on some types of flowers.