The effects on the body of a fever

This article discusses the differences between pyrogenic (eg sepsis) and non-pyrogenic fever (eg classical and exertional heat stroke, and drug-related illnesses). Normal human temperature is around 37C, but may vary by up to 1C. ‘Fever’ is not defined, but often taken to be 38.3C or higher. The terms ‘pyrexia’, ‘fever’ and ‘hyperthermia’ are used interchangeably; most sources differentiate a raised temperature caused by the action of thermoregulatory pyrogens on the hypothalamus, from conditions that increase the body’s temperature above that set by the hypothalamus (ie, heat production in excess of heat loss). 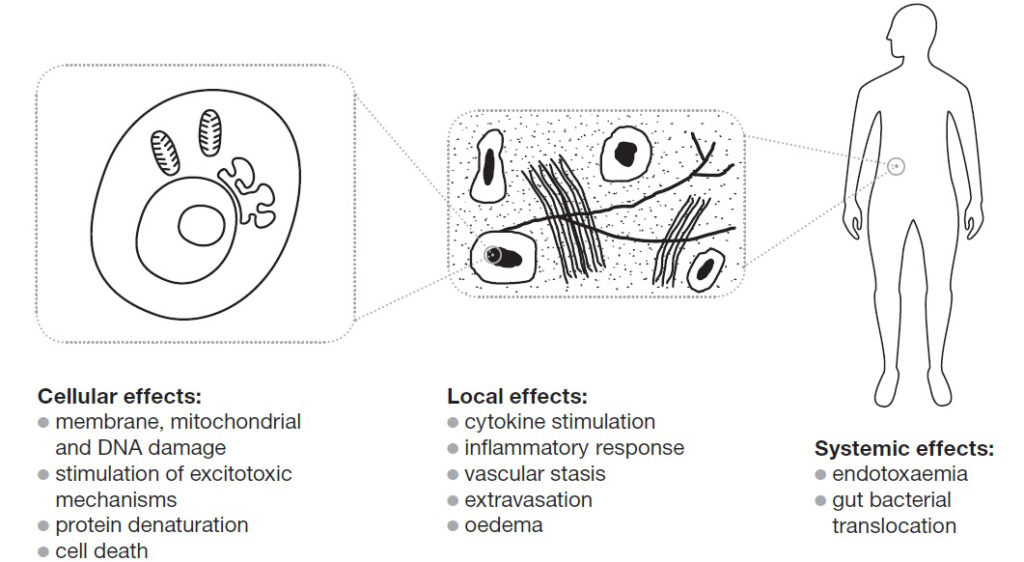 Fig. 1. Diagrammatic representation of the mechanisms of damage from hyperthermia.

Generation of fever
The traditional mechanism of fever generation in sepsis was exogenous or endogenous pyrogens stimulating the organum vasculosum of the lamina terminalis (OVLT) in the brain (Fig. 1). The pathway is probably more complex – more recent work has identified other cytokines, and that neural pathways may have a role. Neural pathways may account for the rapid onset of fever, with cytokine production responsible for the maintenance, rather than the initiation of fever.

A fever in infection is common in animals, and it offers a survival benefit. There are several reasons: human pathogens may replicate less well at higher temperatures; many antibiotics work better; and the innate immune system is more effective. However, at temperatures above around 40C, mortality increases, suggesting that at this stage the deleterious effects of hyperthermia outweigh any benefit.

In contrast, a non-pyrogenic fever is not of any perceived benefit. Deleterious effects happen early (38.5C is associated with a worse outcome in intensive care patients).

Mechanisms of damage from fever
There are many pathophysiological mechanisms for the deleterious effects of a fever (Fig. 2):

Local effects: The inflammatory response is incompletely understood, but many pro- and anti-inflammatory mediators are released. IL-6 offers protection from thermal damage, and is ubiquitously raised; antagonism of IL-1 improves survival. Of interest is that the cytokine profile in both classical and exertional heatstroke is similar to the profile in exercise, and to that produced by absorption of endotoxins. Two drug-induced hyperthermic conditions (neuroleptic malignant syndrome (NMS) and malignant hyperthermia (MH)) show an inflammatory response.

Systemic effects: non-pyrogenic hyperthermia increases gastrointestinal and blood-brain barrier permeability, stimulating bacterial translocation and endotoxin absorption. The latter is required for stimulation of the cytokine response, raising the possibility that hyperthermic damage to the gut is responsible for some of the inflammatory response and subsequent damage. 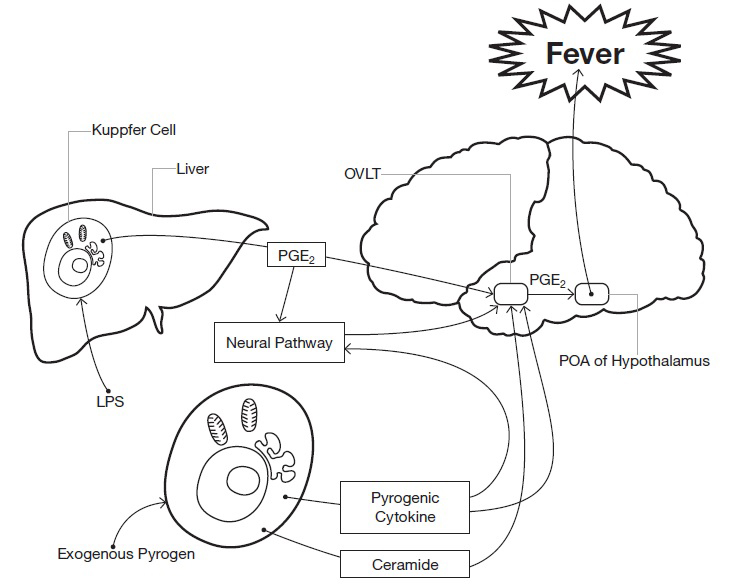 Fig. 2. Proposed mechanisms for the generation of fever in sepsis. Stimulation of sentinel cells by exogenous pyrogens produces endogenous pyrogens which stimulate fever production in the pre-optic area (POA) of the hypothalamus by the second messengers prostaglandin E2 (PGE 2), and ceramide. PGE2 is also produced from Kupffer cells in the liver in response to stimulation from lipopolysaccharide (LPS), which additionally stimulates the POA via the vagus nerve. OVLT organum vasculosum of the lamina terminalis.

Deleterious consequences of pyrexia
Most patients fully recover after a period of hyperthermia, but complications may include multi-organ failure and death in extreme cases. Many organs, including the gut, brain, heart, liver and kidneys, fail to work fully in hyperthermia, due to direct thermal damage, changes to the blood supply, and the inflammatory response.  Even in survivors of the acute episode, hyperthermia reduces life expectancy and worsens functional outcome.