The environmental toxin BMAA detected in humans – Cause of neurodegenerative diseases?

Alzheimer´s disease, Parkinson´s disease and ALS ( amyotrophic lateral sclerosis ) are the most common neurodegenerative diseases in the world, and cause tremendous human suffering. Only about ten percent of the cases are hereditary, while the rest still are of unknown background.

An environmental factor suggested to be involved in the development of neurodegenerative diseases is a neurotoxic amino acid called β-N-methylamino-L-alanine (BMAA). BMAA was first discovered in 1967 in seeds of the palm-like cycad tree on the tropical island of Guam in the Pacific Ocean. 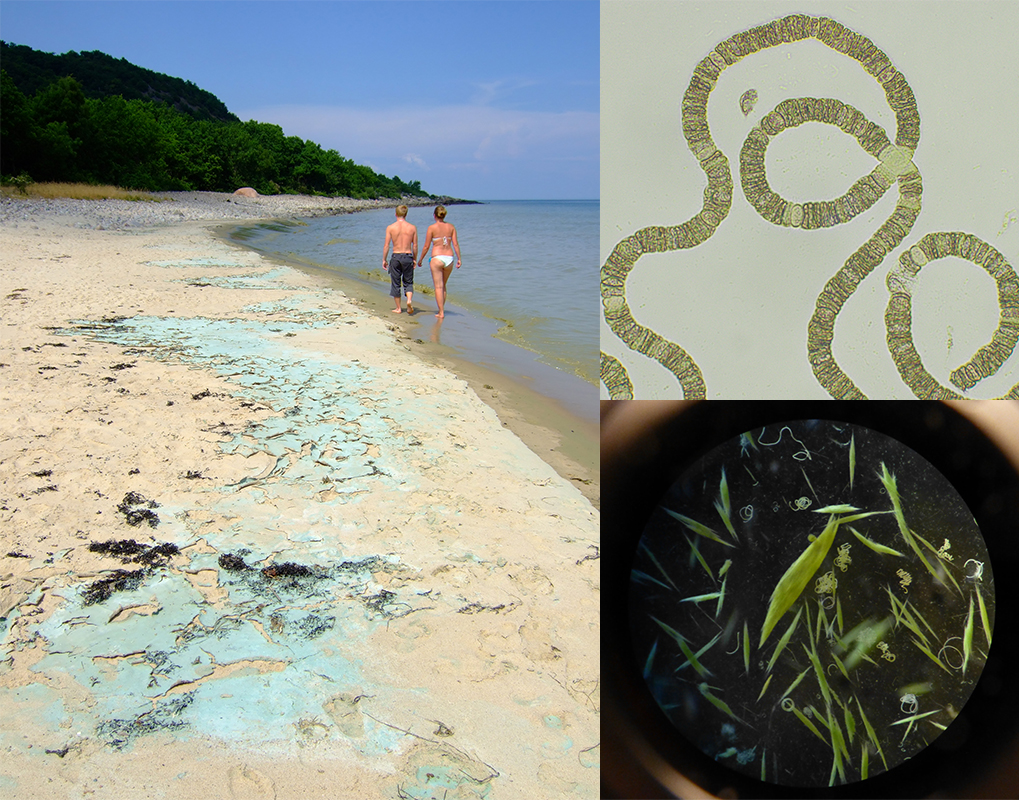 BMAA in diet of native Guam population
At the time, the native Chamorro population of Guam was of medical focus due to their uncommonly high incidence rate of a neurodegenerative syndrome called ALS-PDC (amyotrophic lateral sclerosis-parkinsonism dementia complex) or Lytico-Bodig. Their traditional use of cycad seed flour for making tortillas and the neurotoxic properties of BMAA discovered in animal studies suggested the possible involvement of BMAA in triggering ALS-PDC in Guam.

Blue-green algae are natural producers of BMAA
The importance to further study BMAA toxicity is emphasized by the current knowledge that BMAA not only is found in tropical cycad trees, but is also produced by free living phytoplankton, such as cyanobacteria (so called blue-green algae) which are common all over the world (see figure). Our research group previously reported on the occurrence of BMAA in cyanobacteria of the Baltic Sea (bordered by Sweden and several other northern European countries) and in fish and shell fish of the same ecosystem. Similar discoveries have also been made in other aquatic environments of the world, indicating that BMAA may be commonly found in sea food worldwide.

Considering the reported increase of ALS in Sweden (during 1991-2005), as well as in a number of other European countries, it is urgent to find the cause of this severe disease. To examine if BMAA is present in Swedish individuals, and if coupled to neurodegenerative diseases, we analyzed blood and cerebrospinal fluid from 25 individuals. Twelve of these were ALS patients and 13 were controls. Samples were analyzed with the selective and highly reliable method UPLC-MS/MS (ultra performance liquid chromatography tandem mass spectrometry).

BMAA found in central nervous system in three out of 25
We detected BMAA in three out of the 25 examined individuals. BMAA was found in the cerebrospinal fluid in one ALS patient and in two controls, but not in the blood of any of the test individuals. This is the first detection of BMAA in humans using the selective LC-MS/MS technique as the primary method.

Our investigation did not support earlier studies reporting that BMAA is present to a higher degree in patients with neurodegenerative diseases such as ALS, hence questioning the connection between BMAA and these types of diseases. However, it is of great concern that a neurotoxic substance, now with high certainty has been detected in the human nervous system, and studies of the potential consequences are urgently warranted. Another crucial task is to trace the origin of BMAA in the tested individuals. A dietary exposure route is possible, for instance by eating sea food from the Baltic Sea or imported from other parts of the world. To positively confirm the presented results, we are now planning for an extended study including many more ALS patients and controls.