The epibiome of endangered corals reflects their genotype

If you have vaguely followed the recent news on climate change, you have probably heard about the worldwide decline of coral reefs. Coral reefs are the backbone of important ecosystems across the globe, as they host ~1/4 of all marine life and buffer coastlines from erosions which are crucial to keeping small islands protected.  A hallmark trait of an endangered reef is “bleaching”, which refers to the loss of symbiotic coral microalgae due to some type of stress, resulting in a shift of coral’s bright colors to opaque white, (where the transparent polyp reveals the skeleton). Bleaching is caused by stressors such as: temperature shifts, increased ocean acidity, industrial runoff/pollution, and effluent which can directly affect corals and promote polymicrobial infections that are further exacerbated by increasing temperatures.  However, associations with bacteria are not always detrimental. In fact, there is considerable documentation suggesting that some bacteria may be beneficial to corals. 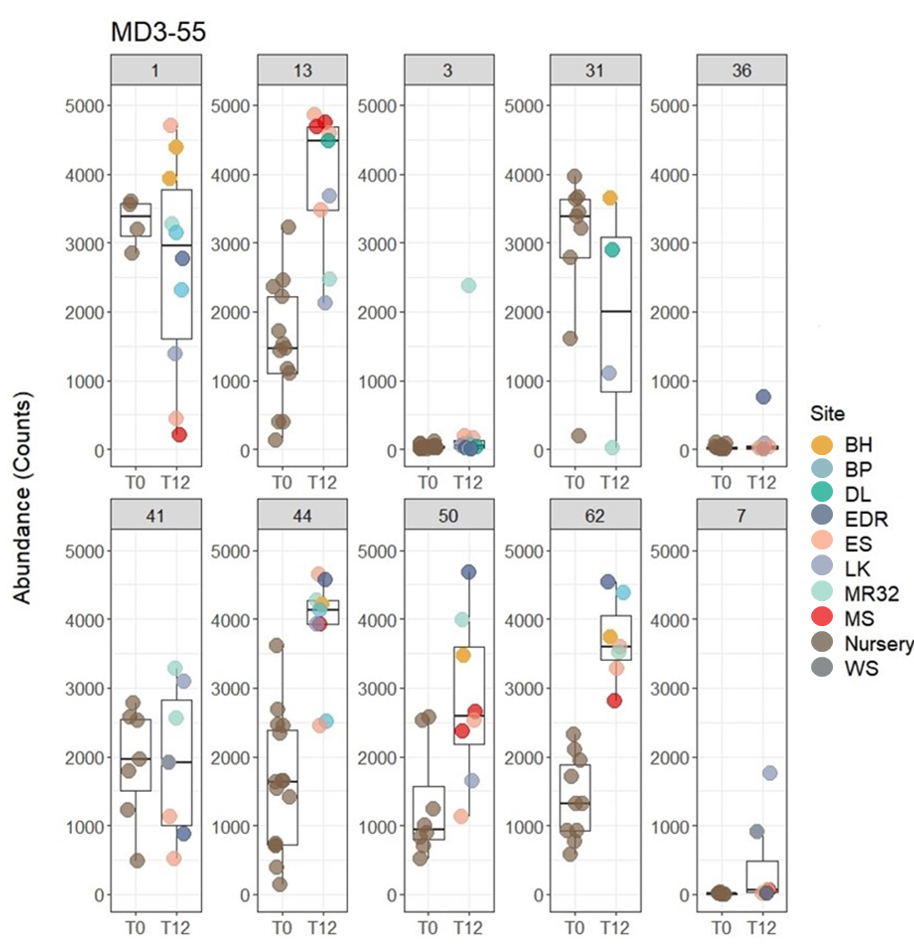 Coral mucus serves as the barrier between seawater and coral and is essentially the first line of immune defense. The literature suggests that mucus-associated bacteria may be involved in the production of defense and antimicrobial compounds, but not much is known about who they are or how they are recruited and maintained. This study aimed to (1) identify microbes existing at the seawater/coral interface of the threatened staghorn coral, Acropora cervicornis, (2) determine whether coral has an influence over the types of epibiotic (surface and mucus) bacterial communities they host and (3) track these communities through time and geographic location.

This project was part of a larger, multi-lab effort in Florida for biomarker development in A. cervicornis. Although reef restoration efforts are underway, researchers and managers are interested in experimentally identifying genotypes of the same species that are more likely to survive changes in the ocean due to rising temperatures and increased acidity. To tackle the microbial aspect of this scientific endeavor, the authors investigated the mucus microbiome of ten distinct, staghorn coral genotypes. Finger-length coral replicates of each genotype were transplanted from the nursery to nine natural reef environments off the Florida Keys and sampled exactly one year after transplantation. Some A. cervicornis genotypes host the bacterium MD3-55, a member of the Rickettsiales order, a notorious crew of intracellular parasites, including the causative agents for typhus and Rocky Mountain spotted fever. However, this study found MD3-55 in high abundances on the outer, “epibiotic” mucus layer of seven coral genotypes and abundantly low to none in the other three genotypes (Fig. 1). The presence/absence of MD3-55 was previously correlated with disease potential in staghorn corals but assessing for the bacteria employed invasive techniques, like tissue clipping. This study suggests that since genotypes retain a consistent MD3-55 mucus profile throughout time, non-invasive/surface sampling is a safer (for endangered coral!) alternative to screening for disease susceptibility/resistance, especially in reef restoration efforts.