The many faces of macrophages in lung cancer

Lung cancer is the leading cause of cancer death worldwide, accounting for more deaths than breast, prostate, and colon cancer combined. Within the past decade, the role of the immune system in the development and progression of cancers has become increasingly appreciated.  With this recognition, there has been a renewed interest in the development of immunotherapies, aimed at increasing a patient’s inherent anti-tumor defenses. 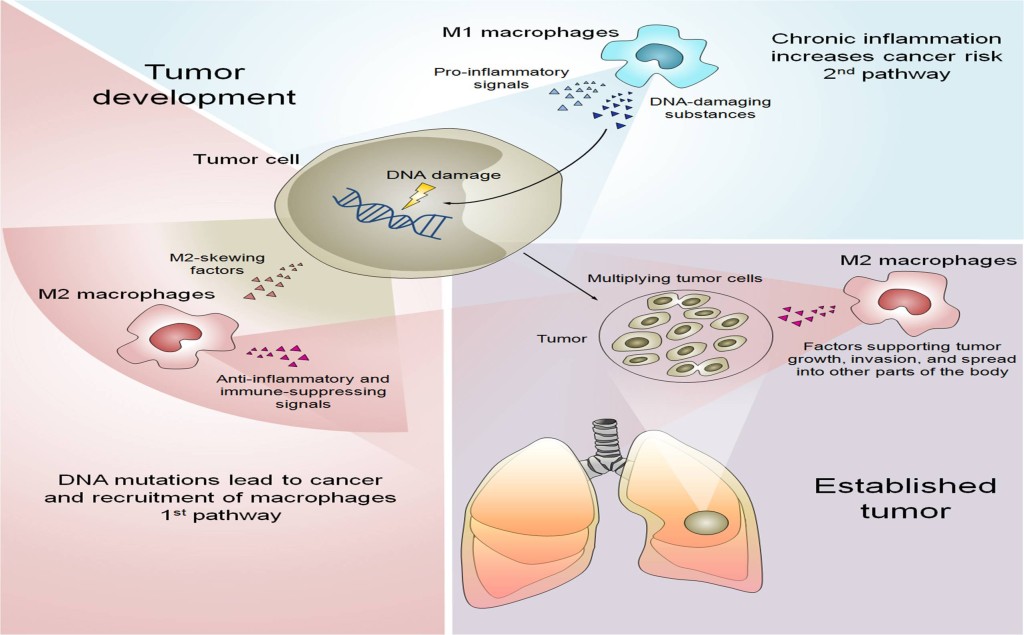 Fig. 1. Pathways connecting inflammation and cancer development. 1st pathway: DNA mutations can cause tumor cells to release factors that attract macrophages to the tumor and skew them to M2. 2nd pathway: M1 macrophages can promote chronic inflammation which increases the risk of developing cancer. In established tumors, M2 macrophages dominate and support tumor growth and spread to other parts of the body.

Inflammation, which involves the recruitment of immune cells, is an essential process in the body to fight infections and initiate wound healing; however, when it doesn’t end in a timely manner and becomes chronic, the resulting damage to the body can be extensive and disastrous. It is now known that inflammation is involved in all stages of cancer development, from the moment a cell becomes cancerous and starts multiplying uncontrollably leading to the growth of a tumor, to when established tumors invade and spread to other parts of the body.

Macrophages can contribute to both pathways of tumor development, and can also have tumor-supporting roles in established tumors (Fig. 1.). Macrophages are an extremely interesting immune cell type capable of very diverse functions. How a macrophage behaves depends on all the signals it gets from its local environment, but simplistically its behavior and function is termed either M1 or M2. M1 macrophages support inflammation and activate other types of immune cells (for example, to fight a bacterial infection), while M2 macrophages stop inflammation, suppress the immune system, and support wound healing. Both behaviors are needed for normal processes in the body; however, they can also be inappropriate at times and can instead promote cancer.

In the first pathway, genetic mutations can cause tumor cells to release factors that attract macrophages to the tumor and make them behave as M2. M2 macrophages suppress the activation of the immune system and support tumor progression. In the second pathway, M1 macrophages can inappropriately promote chronic inflammation, and produce substances that cause DNA damage (which would normally kill bacteria during an infection), leading to tumor development.

In established tumors, macrophages tend to be M2 and have functions in supporting tumor growth and spread to other parts of the body, as well as suppressing the immune system which would normally try to attack and kill the cancer. Tumors are really crafty as they release signals that make macrophages M2, basically hijacking their normal wound healing functions, and making them support tumor growth instead. 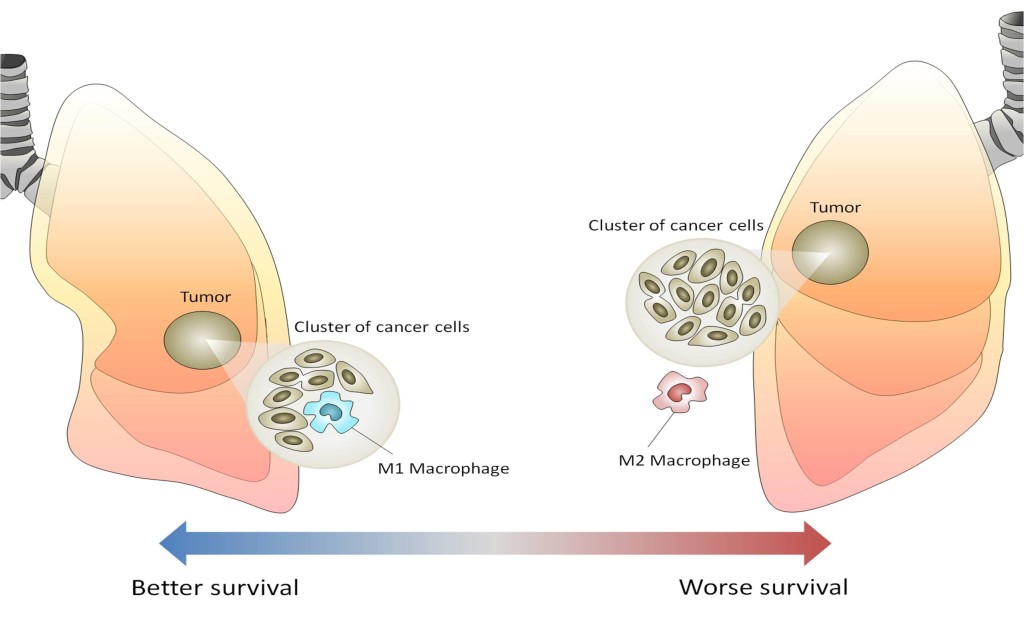