The minimally invasive and percutaneous ways: A tale of two approaches for heart valve implantation

Over the decades, advances in medicine have led to large increases in life-expectancy, a fact most are grateful for. However, accompanying this boost in longevity we also find a rise in what are known as “aging-related diseases”, which span a variety of organs ranging from the brain to the heart. One such disease is aortic stenosis, which is simply a narrowing of the valve through which the heart pumps blood to the rest of the body.

In aortic stenosis, replacing the narrowed valve is a necessity, since nearly half of the patients in whom we do not replace the valve would be expected to die within five years. Though the matter of replacing the valve itself is not a subject of much debate, what is less settled is the manner in which we replace the valve. For decades, the main approach was via surgery, whereby the surgeon would perform a large incision (cut) in the chest to access the heart and subsequently replace the older, narrowed valve with a newer one. 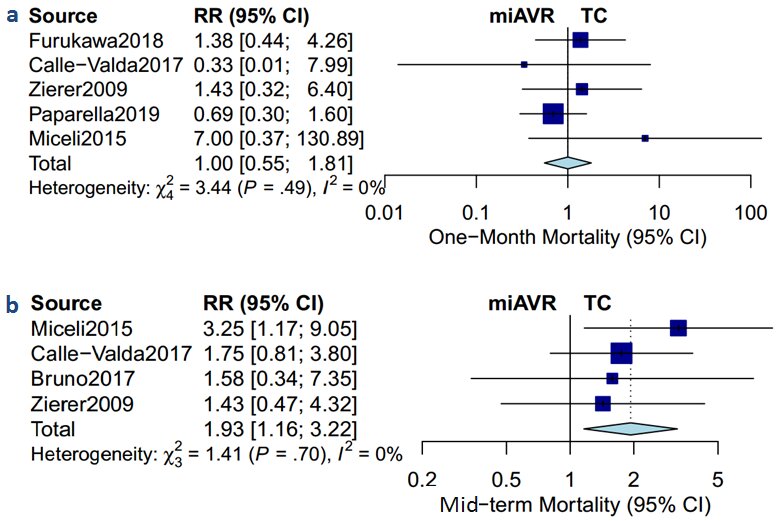 Fig. 1. The figure shows that while death rate was equal between the two groups at the short-term, it was relatively higher in the percutaneous arm at 1 year of follow-up.

Though this approach was lifesaving for many patients, it had a few disadvantages: first, not everyone was a viable candidate for surgery, as those who were deemed at too high of a surgical risk were often not operated upon. Second, even amongst those are viable candidates for the procedure, the traumatic nature of the surgery requires the patient to spend a number of days in the hospital, which was inconvenient and life-disruptive for many.  These disadvantages have prompted the medical community to explore alternative routes to replacing the aortic valve, with one such route being percutaneous intervention. This approach, instead of relying on a large chest incision as with the traditional surgical option, instead utilizes a groin incision to thread a wire that can then be used to deliver the valve all the way to the heart.

Initially, the studies researching this new approach were mostly limited to those who needed it the most -patients not fit for the surgical procedure. The promising results of these initial studies prompted further research efforts which saw the use of the technique expanding even to those who would have previously been eligible for surgical replacement.

However, the percutaneous technique did not monopolize all the fame to itself, as another approach called “minimally invasive aortic valve replacement” has also risen to prominence. This technique can be thought of as a hybrid between the two approaches: the surgeon utilizes chest incisions smaller than those in traditional valve surgery, while at the same time having more direct access to the heart than with the percutaneous technique.

A lot of debate has arisen over which of the two novel techniques are optimal, and our study is the first to show that when adopting a longer-term view of patient survival, the minimally invasive surgical technique seems to have better outcomes than the percutaneous approach, though the survival improvement did seem to come at the cost of more kidney damage and a longer hospital stay. 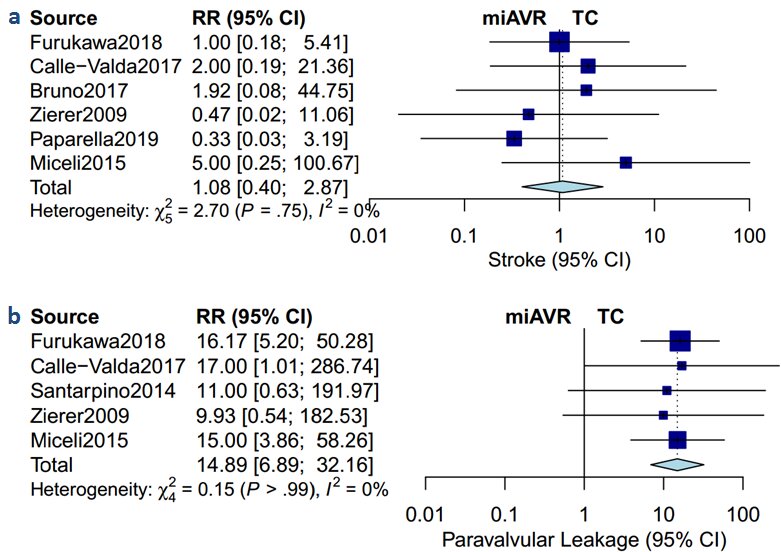 Fig. 2. The figure shows that stroke rates were similar between the two groups, while the risk of paravalvular leakage (leaking around the valve) was higher in the percutaneous arm than in the minimally-invasive surgical one.

It is important to note that our study represents only the first step in answering this debate, as we mostly relied on information provided by observational studies, which are generally not considered the golden standard for deriving information about the effect of medical interventions. To obtain a more definitive answer, one would need to conduct randomized clinical trials, which provide results that are generally more reassuring and definitive. The obstacles to such studies include -but are not limited to- time, money, and various logistical issues; however, considering the aging of the world population, the expected rise in aortic stenosis that will accompany such aging, and the debilitating nature of the disease, these challenges represent a hurdle that must ultimately be overcome in order to provide a healthier future for all.