The mother’s latent immune disease can affect her unborn child

At birth our immune system is still immature but fully develops during our childhood, and when we encounter different infectious threats it adapts and generates a memory that will protect us if we are exposed to the same virus or bacteria in the future. An important part of this adaptive branch of the immune system is production of proteins called antibodies. These are designed to have great diversity and circulate in the blood as targeted missiles, ready to signal to the rest of the immune system to attack whenever they find a foreign target that match their profile. They come in different flavors, for example IgG and IgM, which determines how they partner up with immune cells in the defense. To protect the fetus and the newborn, the mother’s IgG antibodies are transported over the placenta and into the fetus’ blood, thereby transferring the mother’s protection. Yet, the fetus also has some of its own protection and produce the IgM-type of antibodies already early in development.

In contrast to IgG, IgM cannot be transported over placenta and therefore all of the IgM in the blood of the newborn are made by the baby. Some of these IgM antibodies act as a first line of defense against pathogens, but others can also play an important role in taking out the garbage in the body. In this case, the garbage can be dead cells or damaged proteins that need to be removed and the garbage collector is a special kind of cell, called the phagocyte, which eats the dead cells that are flagged for disposal by IgM. The proportion of these good dead-cell targeting IgM was found to be higher in the newborn than in the adult.

However, not all antibodies are beneficial and if the body cannot distinguish between a foreign threat, like a virus, or its own structures, you can get IgG autoreactivity. This is when the body attacks itself, leading to autoimmune diseases such as Sjögren’s syndrome or systemic lupus erythematosus. In very rare cases, a special class of these autoantibodies (anti-Ro) can be transferred from the mother to the fetus and cause congenital heart block, a very serious and life-threatening heart condition. Importantly, the presence of maternal autoantibodies is estimated to only cause heart disease in 2% of the exposed pregnancies. However, our studies of newborns with mothers with anti-Ro autoreactivity shows that even though a majority of the babies were healthy, they still had significant changes of their immune system. These changes could be seen in the babies’ own IgM antibodies, where they had much lower levels of the beneficial IgM antibodies which normally target dead cells and proteins damaged by oxidation. On the other hand, IgM with the same self-reactivity as the injurious self-reactive IgG seen in the mothers, were higher in their babies. Therefore, we think that the mothers’ autoimmunity changes the immune system of their unborn child. We don’t know yet if this is a direct effect of the IgG that crosses the placenta, genetic factors, or other components related to the mothers’ over-active immune system. Importantly, although some of the mothers had diagnosed autoimmune disease, for many the disease was latent. 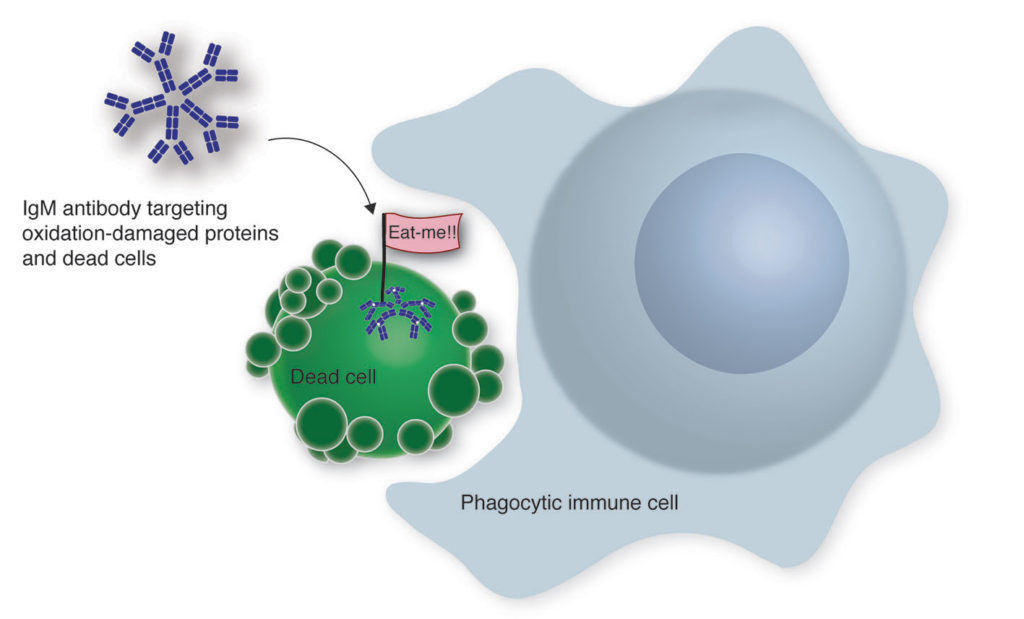 Fig. 2. Beneficial IgM is present already from birth and may help targeting dead cells and damaged proteins for disposal by phagocytic cells.

This means that they were carriers of potential harmful autoantibodies and they only found out because they previously had a child born with heart disease. Nevertheless, the mother’s latent autoimmunity could potentially have affected the child’s immune system despite lack of symptoms. We are yet to find out if these dysregulations will affect the continued development of the immune system of the child, or if it is a transient phenomenon.