The past shapes the future: How socio-environmental conditions affect growth and sexual dimorphism

Sexual size dimorphism (SSD) is the difference in body size between males and females of the same species, which is common among mammals with males typically being larger. Sexual selection is thought to be the main cause for male-biased dimorphism, as larger size gives an advantage when competing for mates, territories, and resources. In most species, diverging growth patterns between the sexes is the primary physiological mechanism leading to SSD, where juveniles are susceptible towards extrinsic socio-environmental factors that may affect their growth rate and subsequent end size although each sex may respond to these factors differently. 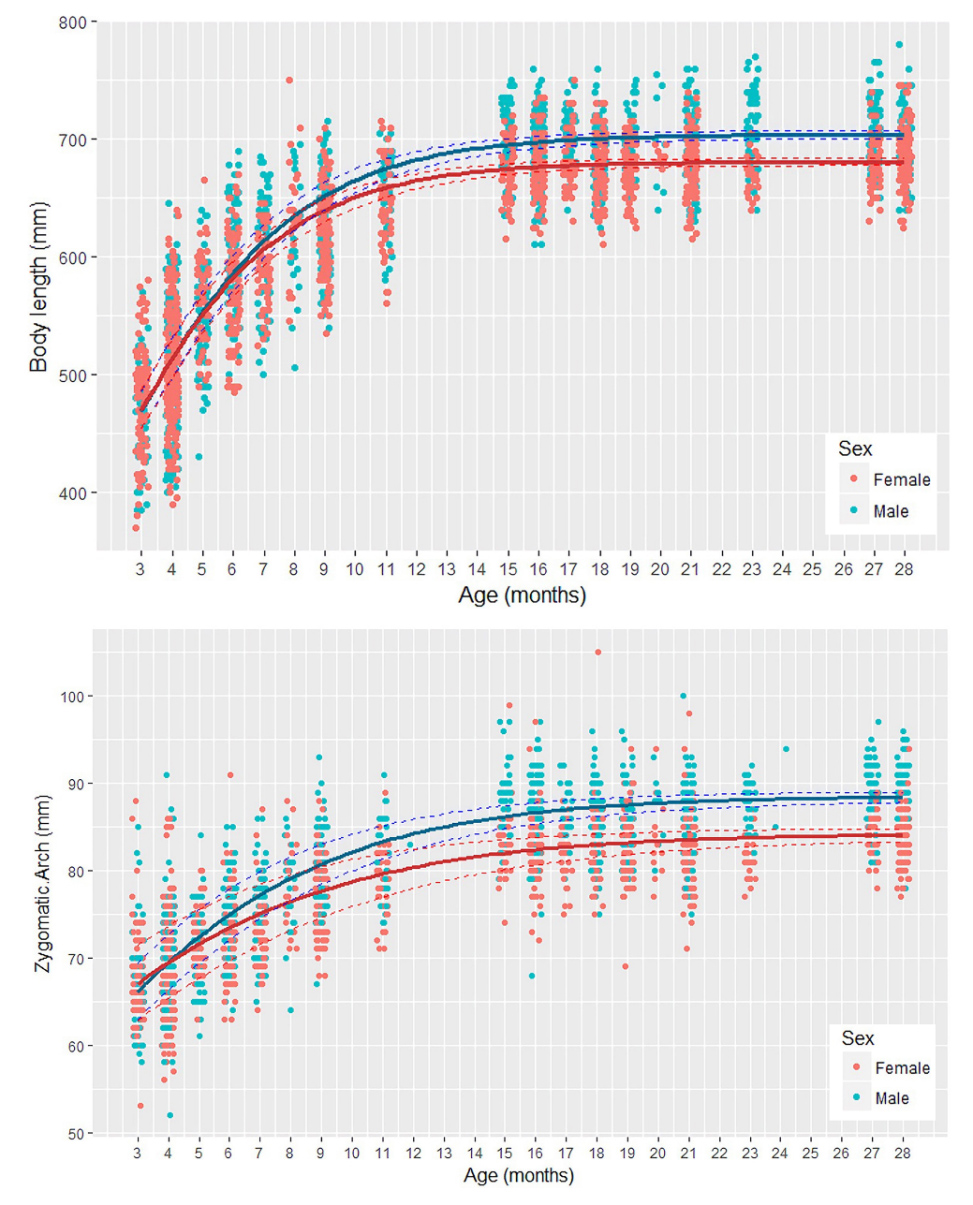 Interestingly, European badgers (Meles meles) in the UK exhibit much lower SSD than other mustelids: In badgers, the male/ female body mass ratio is 1.1 (1.88 in the American mink [Mustela vison]; 1.31 for mustelids overall). This is likely best explained by the wide dispersion of their predominant food resource (earthworms), which cannot be monopolized. Also, badgers tend to form promiscuous social groups, removing the need to defend access to multiple females and obviating the competitive advantage of greater size. Moreover, in females, mate selection is likely cryptic, through induced ovulation and post-copulatory sperm competition, and paternity patterns reflect the probability of encounter with the opposite sex in the wild. So, why do badgers exhibit SSD at all? And how is it affected by social and environmental conditions?

In this study, the authors investigated: i) how somatic growth patterns of badger cubs differ between both sexes across a range of somatic parameters; ii) what extrinsic factors affect growth rates differently for each sex; and iii) how these parameters affect adult size dimorphism.

The results highlight that although all weanling cubs (3-4 months) are of similar bodysize, growth slows earlier in female cubs than in males: Females reach their adult end size at the age of 16 – 18 months and males at 18 – 20 months (Fig. 1). These divergent growth patterns beyond 11 months (at the onset of puberty) result in adult SSD with males being significantly (head body length [HBL] 3.4% and zygomatic arch width [ZAW] 5%) larger than females.

Further investigation showed that extrinsic factors also affect cub growth rates (Fig. 2): If badger cubs experience high rainfall during their first and second summer and/ or their first winter, they remained smaller, likely because persistently wet conditions expose cubs to greater hypothermic stress and therefore increase their vulnerability to endoparasitic gut parasites (especially coccidiosis, which drives infant mortality in badgers). Similarly, if there are a high number of cubs in the cohort, these cubs grow up to remain smaller adults than those born in years with less cubs in the population likely because cubs stay close to their natal den (“sett”) during the first months of their lives, and thus compete with each other over the same resources.

Nevertheless, although both sexes were affected by the same socio-environmental factors, males responded mostly to social factors (esp. higher number of adult males), whereas females were predominantly affected by weather (esp. rainfall in 1st autumn) and associated food availability. This is likely due to the prolonged growth period in males, facilitating compensation for shorter-term factors (i.e. adverse weather), but not for long-term adverse social conditions. Changes in population dynamics and climatic conditions may therefore modify end body sizes and the extent of SSD in European badgers and plausibly other carnivore species.

Nadine Sugianto, Christina D Buesching
The work was done while both authors were affiliated with the Wildlife Conservation Research Unit, University of Oxford, United Kingdom