The primary cilia bend with the flow but do they sense the pH?

Cilia are minuscule hair-like projections rising out of most cells in the body. Among these cellular protrusions known as cilia, some can generate movement, rotate or flick while the primary cilia sway helplessly to the flow of the external milieu surrounding the cells. They are simplistic in a physical sense, especially when you consider the primary cilia. The primary cilia bend to the flow of the blood in the vessels. If the flow increases, so does the bending of the cilia. From this perspective, the cilia are poised to be a perfect biosensor for mechanical cues such as blood flow but also potentially for the chemical environment. The ciliary membrane is enriched with various receptors, ion channels while the interior is a highly regulated machinery that makes the cilia an important signaling nexus of the cell. Studies have attributed the cilia to be a pathway to activate intracellular signaling cascades that regulate cellular processes including ion transport, gene expression, cell proliferation, and/or cell death. So great is the impact of the cilia that more than a dozen disorders arising from ciliary dysfunction or absence are collectively called ciliopathies. 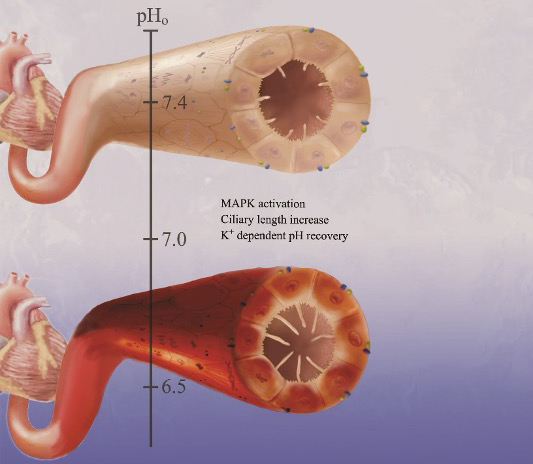 Fig. 1. The role of primary cilia in pH Sensing.
Changes in the vascular endothelia when pH decreases. Acidosis causes activation of MAP kinases and the cells counter the pH decrease with potassium dependent mechanisms. The drop in pH also increases ciliary length which could either be a marker for cell stress or a functionally significant modification to the cilia.

Numerous studies have looked into the role of primary cilia as a flow sensor but one very possible and critical role could be in sensing blood pH. Similar to a probe, the cilia extend into the blood vessel and could detect the pH levels and regulate the acid response in cells. The typical blood pH level is maintained between 7.35 and 7.45 by the renal and respiratory systems along with buffering mediators in the blood. Lowering of blood pH less than 7.35 or acidosis causes several symptoms such as exhaustion, and arrhythmia depending on the type of acidosis while dramatic changes in pH will induce cytotoxicity and neuronal cell death. This study would nonetheless add to the growing knowledge trying to define the role of primary cilia in vascular diseases. Using endothelial cells which are the inner lining of blood vessels and a pH-sensitive 2′,7′-biscarboxyethy1-5,6-carboxyfluorescein acetoxy-methylester (BCECF) fluorescent indicator, acidic conditions were created to detect responses of the cell. As a comparison, genetically modified cells without cilia were tested as well. Although the absence of cilia did not affect the overall response of the cell to the pH change, the cilia less cell was slower to activate ERK1/2 and p38-mediated signaling pathways. These endothelial cells respond to pH changes with a predominantly potassium dependent recovery mechanism, regardless of ciliary presence or absence (Fig. 1).

Although the primary cilia did not turn out to be critical sensors of pH in the blood, the acidic environment did cause a change to the length of primary cilia. Lengthening of the cilia makes the cilia more sensitive to fluid flow. This response could be due to the acidic pH mediated activation of ERK1/2 and p38-mediated signaling pathways. It has also been speculated that cilia length could represent the cell responding to injury or environmental insults such as acidosis. These observations would require further research to establish any functional consequence of the acid-mediated ciliary length increase.