All proteins are synthesized in a cell in polysomes (polyribosomes) on the template (mRNA). That is why in molecular embryology, by tacit consent, a presence or absence of the specific mRNA in the cell indicates the presence or absence of the corresponding protein. However, there are lots of evidences that mRNA may be masked and associated with inactive non-translated ribonucleoprotein (mRNP) complexes, named informosomes. 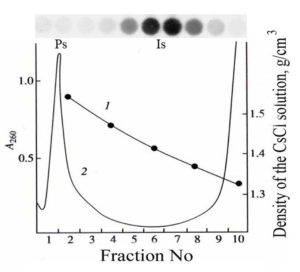 Fig. 1. Banding in the CsCl density gradient of Xvent-2 mRNPs from the caudal thirds of embryos at tail bud stage.
Line 1, density of CsCl solution; line 2, absorption at 260 nm (banding of ribosomes plus polysomes). On the top: dot-hybridizations of fractions with 32P-Xvent-2 probe. Ps – polysomes, Is – informosomes.

These mRNPs can be separated from polysomes by CsCl gradient centrifugation because of difference in their buoyant densities. The buoyant density of Xenopus polysomes is 1.54 g∙cm-3, and that of informosomes is 1.40 g∙cm-3.The distribution for individual mRNA between active (polysomes) and masked (informosomes) forms may be different at different time of development and space in embryo. For example the mRNA, encoding transcription factor Xvent-2, was not active in tails of Xenopus embryos at the early tail bud stage. This mRNA was revealed in informosomes and was absent in polysomes (Fig. 1). 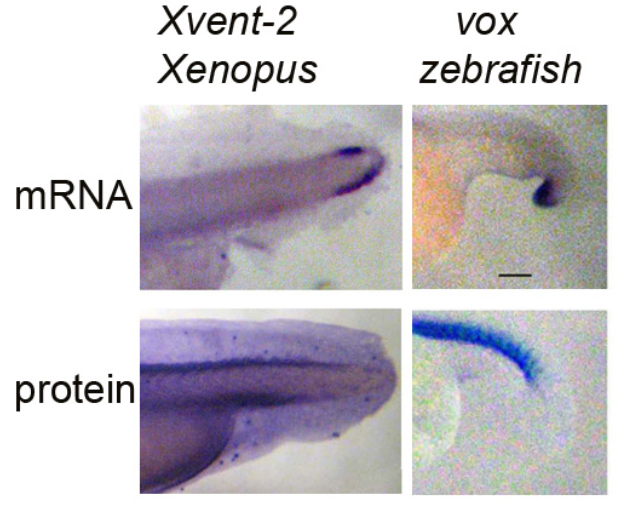 Fig. 2. The spatial distribution of mRNA and the protein in the tails of embryos.

What is the interpretation of these data? When any signal in a cell, activates a translation of the masked mRNA for transcription factor of vent-family, the synthesized protein moves to the nuclear and reprogrammes the genes activity. As a result, this cell enters a differentiation. The cell become mobile and migrates to other area for subsequent differentiation. Or alternatively, in the tail, the cells containing the Xvent-2 could appear due to migration from the body, while the Vent-2 mRNA in the tail tip disintegrates over time, even never participating in translation. Anyway, we want to emphasize that an mRNA pattern not always reflects that of the protein. Comparison of these patterns may lead to unexpected conclusions and a new look at the differentiation processes.

The proteins of Vent-family and their mRNAs are located in different areas of the tails of Zebrafish and Xenopus embryos.
Pshennikova ES, Voronina AS
Int J Biochem Cell Biol. 2016 Oct