In many cancers, RAS proteins are constitutively activated by their oncogenic mutations or activation of their upstream molecules. RAS proteins play a central role in cancer cell malignancy, and drugs that target RAS are therefore believed to be promising treatments for many cancers. However, it is generally recognized that targeting RAS proteins by chemical compounds is difficult because of their structural characteristics. In order to inactivate RAS functioning by use of a molecularly targeted drug, we have targeted RAS mRNA instead of the RAS protein itself. It is notable that guanine-rich G-quadruplex (G4)-forming sequences are present in the 5′-untranslated region (UTR) of NRAS mRNA, which encodes a major RAS isoform.

Fig. 1. Schematic illustration of the photodynamic reaction upon near-infrared light irradiation of ZnAPC.

First, we investigated the binding property of anionic phthalocyanine with zinc as a coordination metal (ZnAPC) with a G-quadruplex-forming RNA oligonucleotide derived from the G4-forming sequence of NRAS mRNA (NRAS G4). We found that ZnAPC bound NRAS G4 even in the presence of excess double-stranded RNA. Considering that double-stranded RNA molecules are abundant in living cells, these results suggest that ZnAPC is able to bind to the G-quadruplex of NRAS mRNA specifically in cells. The photosensitivity of ZnAPC is also promising for its function as a molecularly targeted drug. The electronic energy of a photosensitizer excited by light is transferred to an oxygen molecule, resulting in the generation of reactive oxygen species (ROS), which often provoke cleavage of DNA and RNA (Fig. 1). It is known that the efficiency of electron transfer from activated phthalocyanine to oxygen is much higher in the monomeric form than in the oligomeric form. In aqueous solution, ZnAPC molecules are present in an oligomeric form, whereas the monomeric form is induced by binding with NRAS G4, leading to the cleavage of NRAS G4 upon photoirradiation. We further demonstrated that ZnAPC is able to photocleave NRAS G4 even in oxygen-deficient conditions. These results indicated that photoactivated ZnAPC directly cleaves NRAS G4 (Fig. 1). The binding affinity of ZnAPC for NRAS G4 is similar to that for its corresponding DNA (NRAS DNA G4), whereas the cleavage efficiency of photoactivated ZnAPC for NRAS G4 is much higher than that for NRAS DNA G4. These results suggest that NRAS G4 is cleaved via H-abstraction from the 2¢ ribose hydroxyl group of RNA.

In accordance with these in vitro results, ZnAPC reduced the expression levels of NRAS mRNA and NRAS protein in MCF-7 cells and reduced their survival rate to 5% after 24 h of treatment (ZnAPC and photoirradiation). In addition, we found that the decrements of NRAS mRNA and NRAS protein and the death of cancer cells by ZnAPC after photoirradiation were not rescued by treatment with the ROS scavenger N-acetyl cysteine (NAC), which was also consistent with our in vitro experiments. 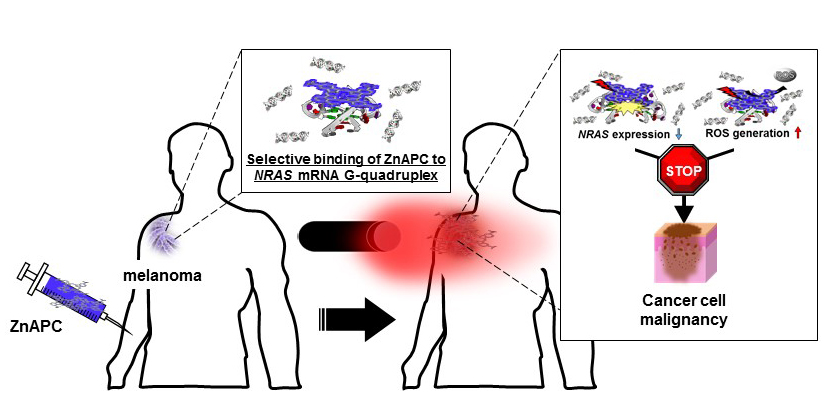 Fig. 2. Schematic illustration of molecularly targeted photodynamic therapy using ZnAPC
ZnAPC is administered to the body intravenously and selectively binds to the NRAS mRNA G-quadruplex. ZnAPC directly degrades NRAS mRNA G-quadruplex by energy transmission upon near-infrared light irradiation via the generation of ROS. The NRAS gene is highly mutated in human cancers such as melanoma. ZnAPC can be used a novel molecularly targeted photodynamic therapy against NRAS RNA G-quadruplexes.

Photodynamic therapy (PDT) is recognized as a minimally invasive treatment. Our research shows the advantages of using ZnAPC as a photosensitizer in PDT for cancer (Fig. 2). First, ZnAPC downregulates NRAS protein expression via the breakdown of its mRNA. Second, the downregulation of NRAS mRNA by ZnAPC is induced even under low-oxygen conditions in which most photosensitizers are not effective. Third, ZnAPC shows low toxicity to normal cells, and the photoirradiation can be limited to cancer tissues and kept away from normal regions. Thus, molecularly targeted PDT for cancer using ZnAPC is promising based on our in vitro and in vivo results.