The reality of latent tuberculosis bacillus?

Tuberculosis is caused by the infectious agent known Mycobacterium tuberculosis (Mtb) (Fig. 1). This rod-shaped bacterium, also called Koch’s bacillus, was discovered by Dr. Robert Koch in 1882. When a person breathes in Mtb-contaminated air, the inhaled TB bacteria reach the lungs. This causes an Mtb infection. However, not everyone infected with TB bacteria becomes sick.   There are various possible outcomes for a person encountering M. tuberculosis bacilli; (I) Bacillus get immediately destroyed by the host’s innate responses (II), bacteria can survive and causes active tuberculosis within a finite time frame (1 to 3 years); (III), or they can remain dormant (asleep) for years without causing any TB disease, in a syndrome called latent TB infection (LTB). 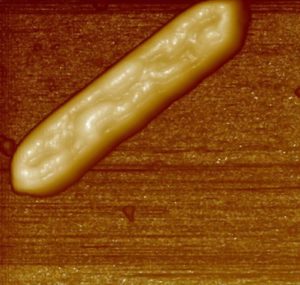 People who have latent TB infection do not get sick and do not spread the bacteria to others. But, some people with latent TB infection eventually do get TB disease. As a consequence, it is important to get the appropriate treatment and get rid of the bacteria even in latent TB infection. Today, more than one –third of world population (~2.2 billion individuals) is estimated to harbor latent TB infection, out of which 2-23% will develop active TB during their time.  The reactivation process can be altered with HIV infection, malnutrition, drug use, cancer diabetes, chronic renal insufficieniency and immunosuppersive drug therapy. Therefore, more efforts must be devoted to better control their progression and to better understand the latent state.

In the last two decades, significant progress has been made to develop and characterize various aspects of latent TB cells. The main question was how these bacilli look like and what is their physiological state? What is their genome and how they can be treated? Few suggested that bacilli entered an altered developmental state in which they are no longer acid fast (resistance to decolorization by acids during staining procedures), while other suggested they are acid fast, but are present in such low number that they defy microscopic detection.

With recent advances in microscopy techniques, the visualization of LTB bacilli became possible. Using Atomic Force Microscopy (AFM), the existence of cell wall deficient forms (CWD-forms) of tuberculosis that were round or oval in shape with average size of 150 to 300µm were demonstrated (Fig. 2). The isolated non-acid- fast bacilli were identified as Mtb using spoligotyping and whole-genome sequencing.  Know if we are willing to accept the presence of cell-wall free latent MTB cells, then newer strategies to prevent their progression should be highlighted. 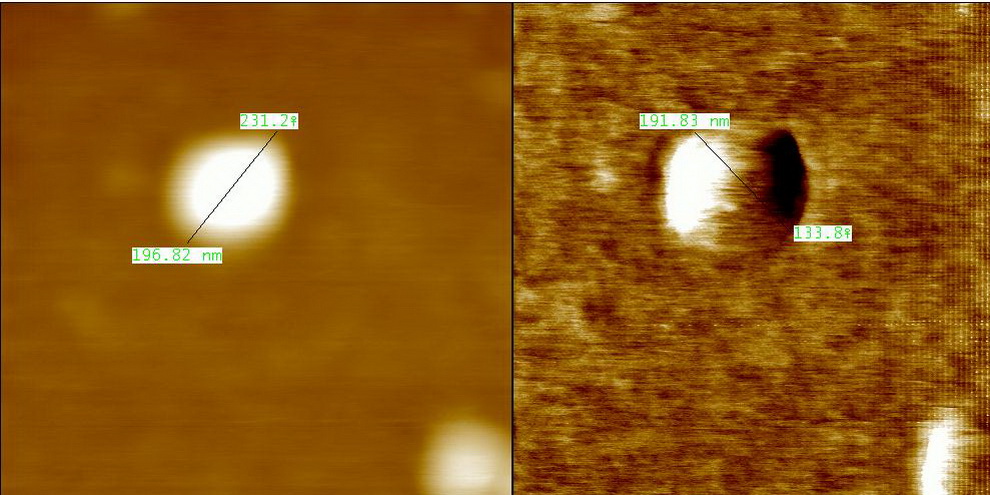 Fig. 2. Latent TB bacilli recorded by height mode of atomic force microscopy (AFM). To image these cells, the silicon surface charged with polyclonal Rabbit anti-mycobacterium antibody. Latent TB cell are small round or oval in shape and their numbers are variable under in-vitro culture media.

Currently, World Health Organization guidelines for the management of latent TB are only available for people with HIV and for children less than 5 years of age who have household contact with TB cases. This treatment protocol is mainly based on isoniazid (INH) therapy. INH is a pro drug that inhibits the synthesis of mycolic acid required for the mycobacterial cell wall. As we showed, filtered latent MTB bacilli lack cell-wall components; therefore, it is difficult to explain how INH monotherapy can be effective during latency. It may be possible that INH monotherapy would not kill latent cells, but would prevent their growth. Recently, a new regimen called the 12-dose regimen was proposed by Centers for Disease Control. This regimen reduces treatment from 270 doses given daily for 9 months to 12 once-weekly doses given for 3 months using a combination of isoniazid and rifapentine. Based on our study, it seems that the 12-dose regimen may be more effective than monotherapy with INH, which need further investigations.