The root is an ideal system to study magnetobiology in plants

Given that the origin and evolution of life had occurred in the presence of the geomagnetic field (GMF), it is possible that GMF information has been exploited by organisms as an important natural resource to tackle the problems they had encountered on the earth. Expectedly, a large amount of data have shown that organisms can sense or respond to GMF in multiple ways. For example, animals can utilize GMF as a signal for long distance migration, and some bacteria move along the magnetic force line in water. In addition, GMF or static magnetic field (SMF) can affect many biochemical reactions catalyzed by enzymes or free radicals. 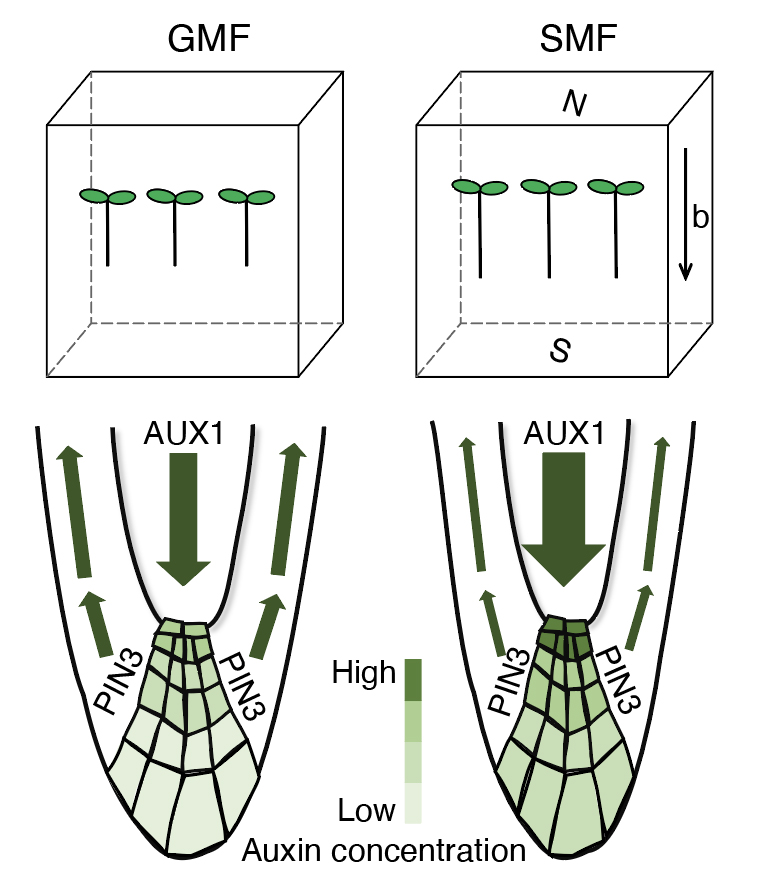 With regard to the fascinating question how organisms perceive magnetic fields, the best understood and verified mechanism is a magnetite-based magnetoreceptor localized in a specific organelle called the magnetosome, in which magnetite Fe3O4 or greigite Fe3S4 is synthesized in microorganisms and acts as a miniature compass needle; the second widely recognized mechanism is the radical pair model, in which the blue light-activated photoreceptor cryptochrome (CRY) or other molecules can promote a magnetic field sensitive conversion from singlet to triplet spin states, generating various biochemical compounds that are responsive for observed magnetobiological effects including animal navigation. Higher plants are the main kingdom of eukaryotes and have a unique characteristic of sessile growth. Although a wide range of plant responses to SMF have been reported, their biological significances and underlying molecular mechanisms remain largely unknown.

In this study, we explored SMF effects on plant growth and possible underlying mechanism using the model system Arabidopsis thaliana. Generally, our results showed that SMF affects young seedling growth depending not only on its intensity and orientation but also on different tissues. We found that 600 mT SMF significantly promoted primary root growth via increasing the number of root meristem cells except that SMF direction is opposite to the gravity. Transcriptomic assays revealed that SMF downregulated expression of a large number of genes associated with chloroplast development and function while upregulated some genes involved in the auxin response and phytohormone (mainly gibberellin and brassinosteroid) biosynthesis in roots. Further analysis showed that SMF indeed induced auxin accumulation via coordinated expression of auxin efflux PIN3 and influx AUX1 in root tip cells. Lastly, our data showed that the CRY receptors play a critical role in root responses to the SMF stimulus. Taken together, our findings demonstrate that SMF-regulated primary root growth is mediated by CRY and auxin signaling pathways in Arabidopsis, adding a small piece of evidence to the CRY-cored radical pair model for magnetoperception in eukaryotes. 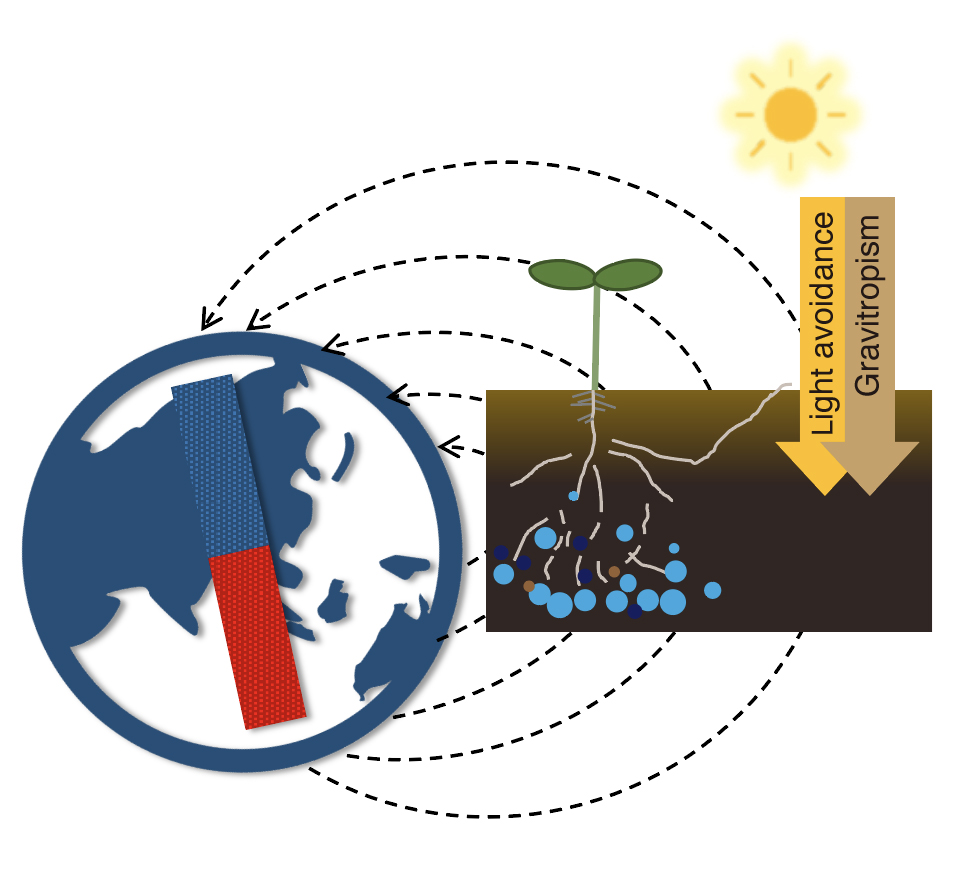 Fig. 2. SMF-promoted root growth may help root return back to soil quickly and get more water and nutrients.

What is the biological significance of the SMF-promoted root growth? Plant roots bear important roles in absorbing water and nutrients from soil, and thus are extraordinarily sensitive to many environmental factors around the root tip in order to find their growth directions. However, it is inevitable that the root emerges out of soil. In such a situation, it is urgent for the emerged root to rapidly return back to the soil. To date, we have known that both root gravitropism and light avoidance can help the root reach this goal. Thus, our data unveiled another factor, namely magnetic field, which can accelerate root growth in light. In summary, we propose that the primary root can be a powerful system to deepen our understandings of the molecular mechanism underlying magnetic bioeffects in the future.