The suitability of scopolamine as an Alzheimer’s model

Alzheimer’s disease is the most common cause of dementia. About 50 million people worldwide have Alzheimer’s disease or a related form of dementia. Alzheimer’s disease is a terminal illness affecting mostly the elderly above the age of 65. Alzheimer’s patients suffer from a gradual decline in cognitive functions, such as memory loss, confusion, and problems associated thinking and reasoning. The patients will eventually die from the disease due to severe cell death in the brain, the vital organ in our body. There is no cure or prevention for the disease yet. The currently available medications can only relieve cognitive symptoms temporarily. Thus, there is a crucial need to find a cure for this deadly disease. We need a suitable pharmacological model to evaluate the safety, efficacy and cost-effectiveness of experimental compounds. 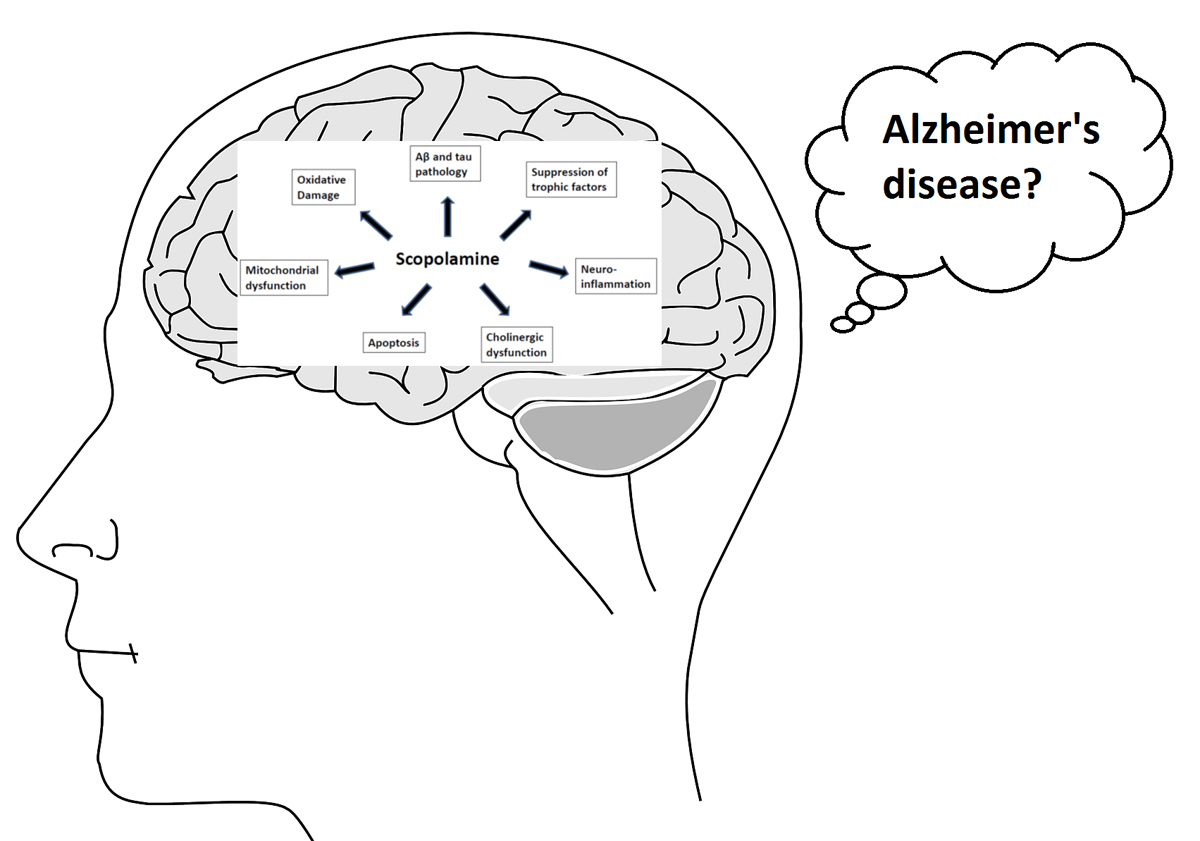 Scopolamine, a muscarinic receptor blocker, can induce memory deficit in experimental animals. Thus, this compound is an excellent behavioural model to study memory loss, the key symptom of Alzheimer’s disease. However, the use of scopolamine as a pharmacological model to study the cellular and molecular pathogenesis of the disease is debatable. The scopolamine model has not become a standard tool in the early assessment of investigational drugs. Therefore, it is necessary to evaluate the appropriateness of this model in mimicking the pathogenesis of Alzheimer’s disease, at both cellular and molecular levels. In this study, the suitability of scopolamine as a pharmacological model for Alzheimer’s disease was assessed by evaluating and comparing the Alzheimer’s biomarkers from the published literature.

The two main hallmark features of Alzheimer’s disease are the presence of senile plaques and neurofibrillary tangles, which are associated with the accumulation of amyloid beta (Aβ) and tau protein, respectively, in the brain. Other pathological characteristics of Alzheimer’s disease include oxidative stress, mitochondrial dysfunction, apoptosis, and neuroinflammation. Scopolamine can cause brain cell death and can induce the accumulation of Aβ and tau protein. Scopolamine also decreased the level of acetylcholine, the neurotransmitter responsible for cognitive function in the brain. Scopolamine can also induce oxidative stress and impair the cellular antioxidant defence mechanism. Furthermore, it can also elevate biomarkers that are associated with mitochondrial dysfunction, apoptosis, and neuroinflammation in the brain. These pathological changes are similar to those that are found in patients and other experimental models of Alzheimer’s disease. Thus, it can be concluded that scopolamine is a useful pharmacological tool to study the pathological changes of Alzheimer’s disease.