Fig. 1. The bronchial territories were extracted from three-dimensional lung models by specifying the target segment or lobe, and the volume of each territory was calculated concurrently. The volumes of the respiratory tract, blood vessels, tumors, and other parenchymal structures, such as tissue affected by atelectasis or organizing lesions, were calculated semi-automatically or selectively. The proportion of the lungs occupied by low-attenuation areas was calculated by highlighting the areas with attenuation values of less than –910 HU. The total lung volume, except for the volume of the lung tissue that does not participate in breathing, was described as the functional lung volume (FLV). 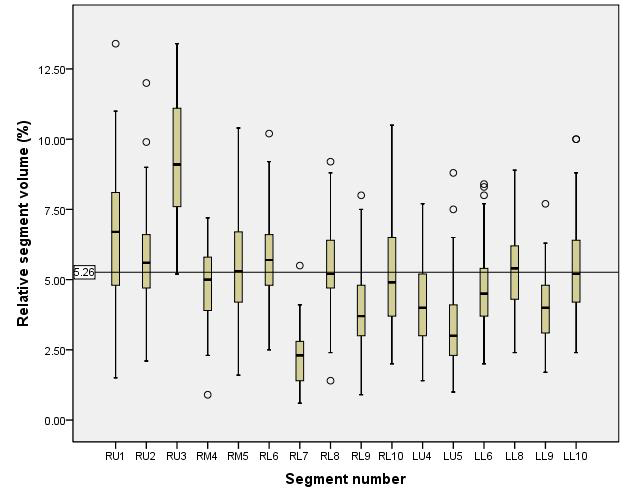 Fig. 2. The proportional volume of each segment is shown as a box and whisker plot. The central line indicates 1/19 ×100 = 5.26%, which is the volume ratio of 1 segment according to the segment-counting method. Significant differences were determined using the Kruskal–Wallis test.