Asthma is a chronic disease involving the airways in the lungs characterized by recurring attacks of panting and wheezing. Asthma affects about 300 million people and is a leading cause of hospitalization and ER costs for children ($8b per year in the US). The Dry Powder Inhaler, DPI, is the most commonly used inhaler to deliver drugs to the upper lungs and treat asthma with one billion units sold annually valued at $30b. Despite the importance and wide use of DPIs there are many problems. DPIs work under the action of a strong inhalation by the user which can vary significantly depending on factors such as age, sex, and condition of asthma. 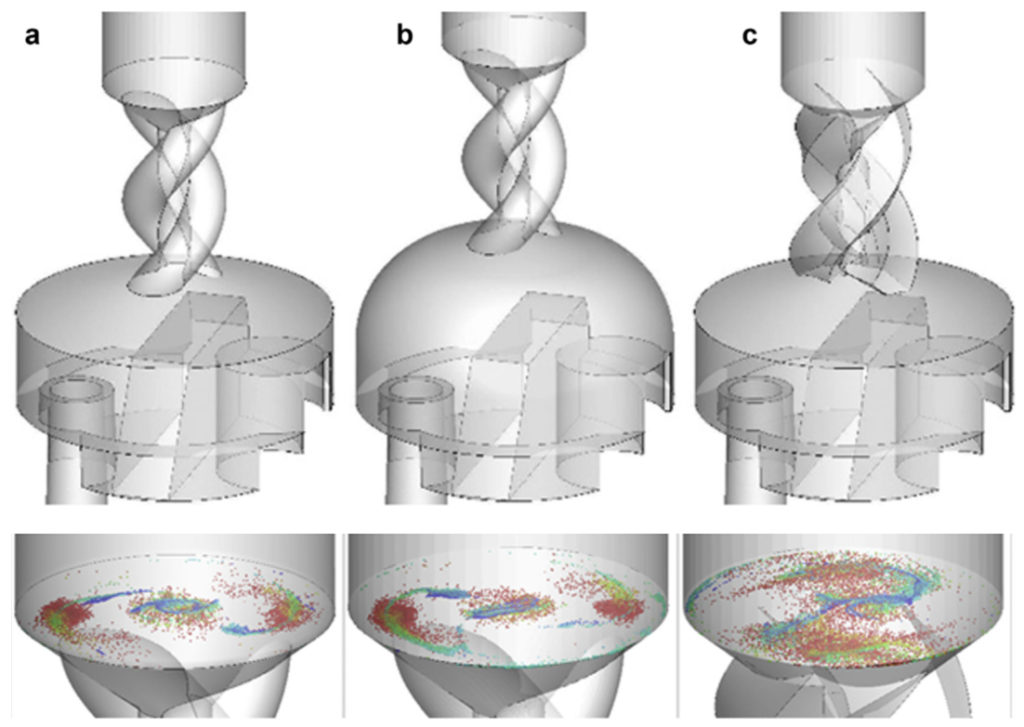 People who use inhalers have many complaints. Often, the powder doesn’t seem to be released properly, and even when it does, it varies between successive uses. The problem is that the design of DPIs is less than optimal as it is constrained by manufacturing convenience reducing costs. It is unknown how far from optimal the DPI design is and how much it could be improved if certain parts of the inhaler were to be changed.

Previously we had conducted computational investigations with the commercial DPI Turbuhaler to determine its function and two key performance indicators: the % of particles lost in the inhaler (due to deposition) and the % of particles that are “fine”, i.e., less than 4 microns in size (because those are small enough to reach the upper lungs).

The computational model we used was based on CFD (Computational Fluid Dynamics) approach in which we split up the volume of the inhaler into a few million smaller pieces, solve the airflow in each one, and then re-assemble the pieces to obtain the airflow in the entire inhaler. This was done assuming constant (steady state) or varying (dynamic) air flow in the inhaler. In the Turbuhaler device the drug is initially in the form of a powder which must be released and broken up into tiny particles carrying the drug. This is a very complicated process and requires enormous computational power. Also, many collisions of powder particles with the walls of the DPI can lead to particle breakage or deposition. A fairly innovative aspect of our work was the description of deposition in terms of a particle velocity and size dependent function. In the end we were the first to predict experimental results from other groups of particle losses (deposition) and emitted fines for a range of inhalation flow rates: slow to fast or 30-70 liters/min.

Based on our previous results we were able to propose modifications of inhaler parts keeping ease of manufacturing in mind that would lead to a better performing inhaler. We proposed two types of modifications indicated in Figure 1: a domed, instead of conical, circulation chamber and a more open helical section. Simulations were performed with these virtual DPIs and compared to the commercial design (Fig. 1 and 2). 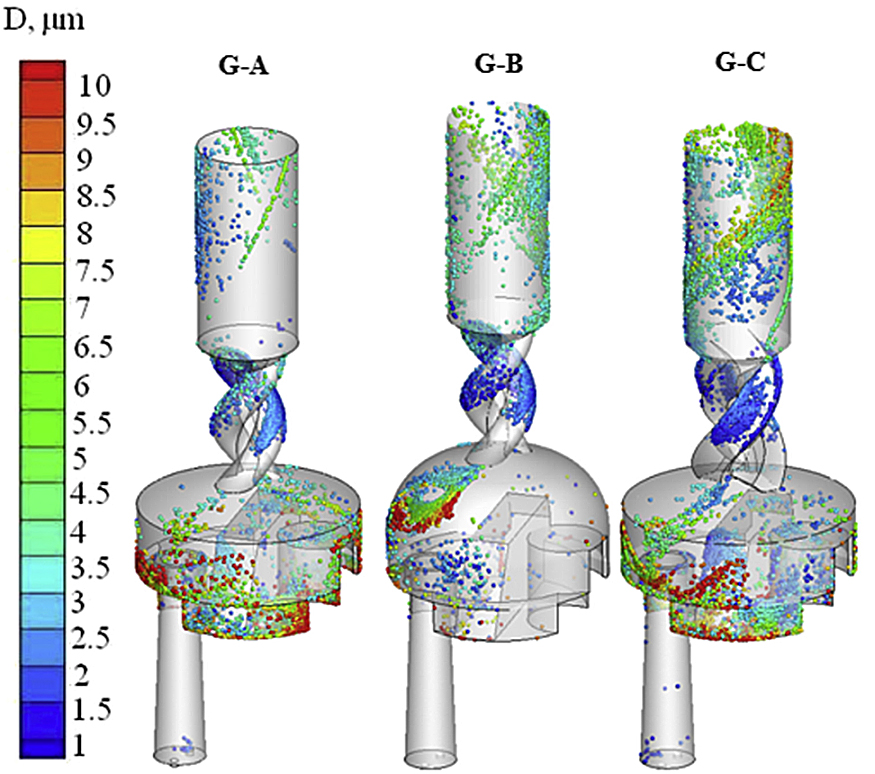 According to our results we can obtain very large improvements with these simple changes of inhaler parts. For example at an airflow of 70 liters/min we can decrease the amount of particles lost from 22% to 9% and we can increase the fines from 24% to 32%.

The potential of this computational approach is significant. Personalized inhalers could be designed or a selection of different DPI models could be provided so that one can select the one best suited version for their case and condition.