Graphene is a fascinating nanomaterial that has garnered significant scientific interest because of its unique properties such as superior thermal and electrical conductivity, high mechanical strength and unique optical properties. Due to this reason graphene has numerous applications in electronics, storage devices and biomedicine. As a result an increase in exposure of graphene may occur to the biological system and lead to adverse toxic effect. Accidentally or intentionally graphene may get exposed to the biological system.  Accidentally graphene enters the biological system by inhalation or dermal contact from the work place or environment. Intentionally graphene enters the biological system when it is used for biomedical or cosmetic purposes. Inhalation is the major route of entry into the body. Since graphene has similar aerodynamic properties as asbestos it may cause pathological outcome comparable with that of asbestos. Upon inhalation, alveolar epithelial cells that line the alveoli are most susceptible to insult and injury. Therefore it is essential to elucidate the effect of exposure of graphene on lung alveolar epithelial cells. 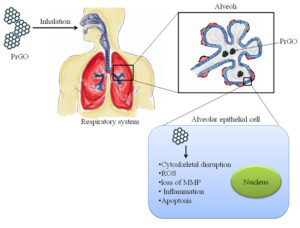 Fig. 1. Effects of inhalation of graphene on alveolar epithelial cells

A comparative analysis of toxicity of PEGylated reduced graphene oxide (PrGO) and reduced graphene oxide (rGO) on A549 (lung alveolar epithelial cells) was carried out. The biological applications of rGO are hampered due to its hydrophobic nature that leads to aggregation. To prevent this PEGylation strategy was employed and yielded a stable colloidal PrGO suspension. Various physico-chemical characterization techniques confirmed the successful conjugation of PEG onto PrGO.

Exposure of PrGO and rGO to A549 cells for a period of 24h showed a dose dependent loss in cell viability. Cytotoxicity can occur due to mechanical injury by the sharp edges of graphene or damage to cellular organelle after uptake. It was evident that PEGylation influenced particle uptake by the A549 cells. Dispersed PrGO was readily taken up by the cells when compared to rGO as it aggregated and adhered onto the cell membrane. Cytoskeletal disruption in A549 cells were witnessed after 24h treatment with PrGO and rGO causing a change in cellular morphology. Generation of reactive oxygen species (ROS) is a major mechanism of toxicity caused by carbon based nanomaterials. Like the other carbon based nanomaterials PrGO was capable of inducing ROS in a time and dose dependent manner. However it was surprising to note that rGO failed to elicit ROS that may be attributed to ROS scavenging property of its graphitic domains. PEGylation effectively masks the graphitic domain and leads to ROS generation. A549 cells exposed to PrGO and rGO followed the mitochondrial pathway and not the lysosomal pathway of cell death. Cellular uptake followed by ROS generation and loss of mitochondrial membrane potential causes NF-κB activation in PRGO exposed A549 cells. Activation of NF-κB promotes expression of pro-inflammatory cytokines consequently starting an inflammatory response. Inflammatory response was also noticed in A549 cells expsed t rGO. Binding of rGO the Toll-like receptors in the cell membrane led to activation of NF-κB in A549 cells. Finally it was confirmed that cell death occurred as a result of apoptosis and not necrosis in A549 cells exposed to PrGO and rGO.

In conclusion, inhalation of PrGO and rGO may adversely affect the alveolar epithelial cells and precautions should be taken during handling of these nanomaterials (Fig. 1).