Messenger RNAs (mRNAs) are a class of biomolecules that are generated in the nucleus to carry genetic information from the nucleus to different parts of the cells for making functional proteins. Because of their importance, mRNAs’ trafficking and localization are highly associated with proper cell function. For example, intracellular trafficking of mRNAs plays a key role in cell division, migration, and stress response. In contrast, defective mRNA localization is a hallmark of diseases, such as musculodegenerative and neurodegenerative diseases. Therefore, being able to track the dynamics and localization of mRNA will offer great potentials to understand not only the fundamentals of how the cell works, but also the causes of many diseases. 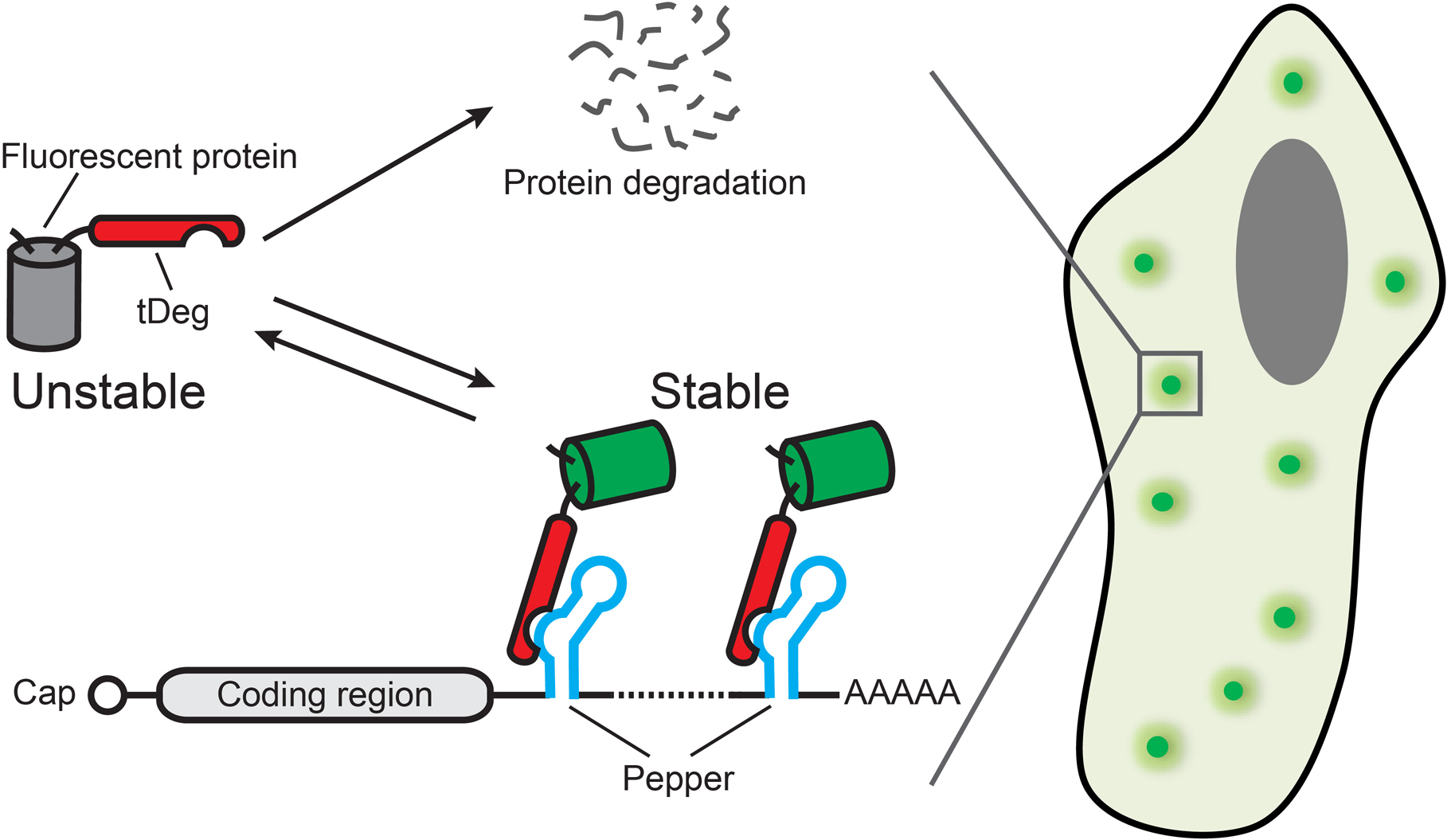 However, a major problem with fluorogenic RNA aptamers is that there are a small number of fluorogenic dye molecules that can be used in this technology. Most small molecule dyes nonspecifically interact with membranes or DNA and then become fluorescent. This results in high background fluorescence signals. Another problem is that the dye molecules are not genetically encoded. Thus, the dye molecule needs to be delivered into cells, which greatly limits its utility in cultured tissues and living animals. Additionally, most dye molecules are not highly resistant to photobleaching. As a result, prolonged imaging using these dye molecules would result in a significant loss of the observed fluorescence.

Wu et al. have developed a destabilization domain, termed tDeg, that can be added to the C-terminus of a fluorescent protein (Fig. 1). This causes the fluorescent protein to be degraded rapidly in the cell. However, Wu et al. also developed an RNA aptamer, termed Pepper, that binds tDeg, and prevents it from causing protein degradation, resulting in marked stabilization of the protein.

This work has introduced a fundamentally new tool to the fields of chemical biology and RNA synthetic biology. Overcoming the limitations of the previous methods, the Pepper-tDeg technology represents a powerful method for imaging and tracking the localization of mRNAs in living cells.