Truncation: A possible mechanism for diversity in Alpha-synuclein prion-like properties

Parkinson’s disease (PD) is the most common neurodegenerative movement disorder, which is characterized by motor disturbances such as tremor and bradykinesia resulting from severe degeneration of nigral dopaminergic neurons. The pathological hallmark of PD is the presence of aggregated α-synuclein (α-syn). Numerous studies support that these aggregated α-syn can propagate in diseased brains via the neural network in a prion-like manner. The α-syn aggregates found in sporadic α-synucleinopathies such as PD, dementia with Lewy bodies (DLB), and multiple system atrophy (MSA) have different structural and biophysical properties, which enables them to produce distinct disease phenotypes. However, the mechanism for the generation of the structural variants of α-syn aggregates in sporadic α-synucleinopathies is still unclear. 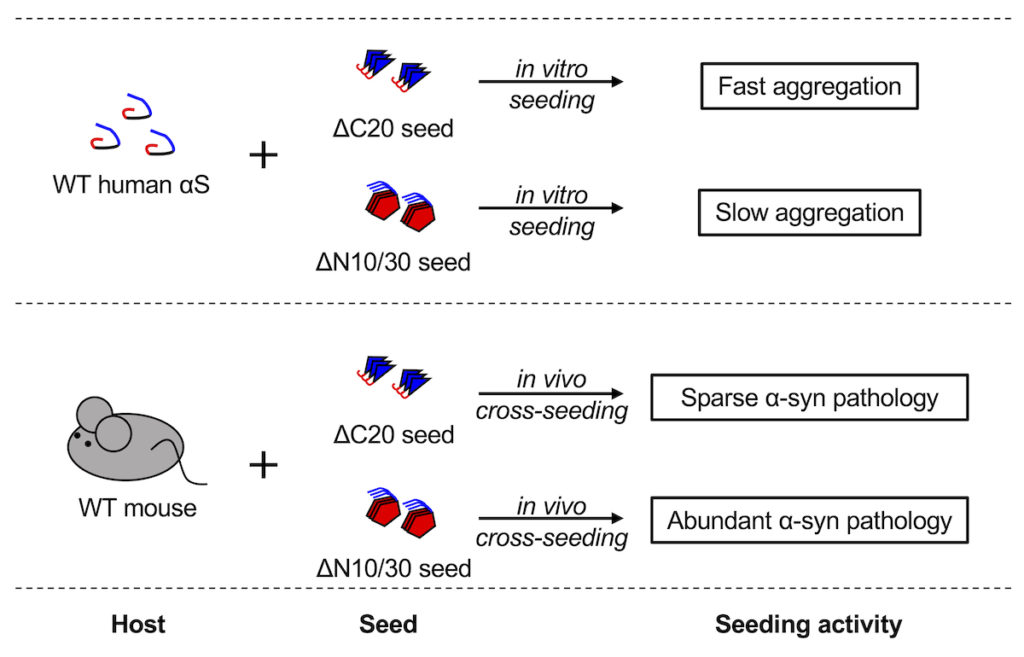 In summary, the present study showed that both N- and C-terminal truncations have an important role in structural properties of α-syn fibrils that lead to phenotypic diversity of α-synucleinopathies.