Turbulent flow is omnipresent in everyday life. When one flies in an aircraft or drives a car, the flow around the vehicle is mostly turbulent. Understanding turbulence has practical importance not only in improving passenger comfort and vehicle maneuverability, but also in reducing drag, and fuel consumption, and related carbon emission. The turbulent flow is stochastic in nature, containing a wide range of both spatial and temporal scales. The complexity increases as the flow speed increases. Resolving the details at these scales experimentally become increasingly difficult creating a critical need for accurate, efficient, high fidelity numerical models. Specifically for predictive studies, parallel computations have become commonplace in both research and production codes to meet the demand for increasingly larger and more complex numerical models to capture the growth and decay of turbulent structures. 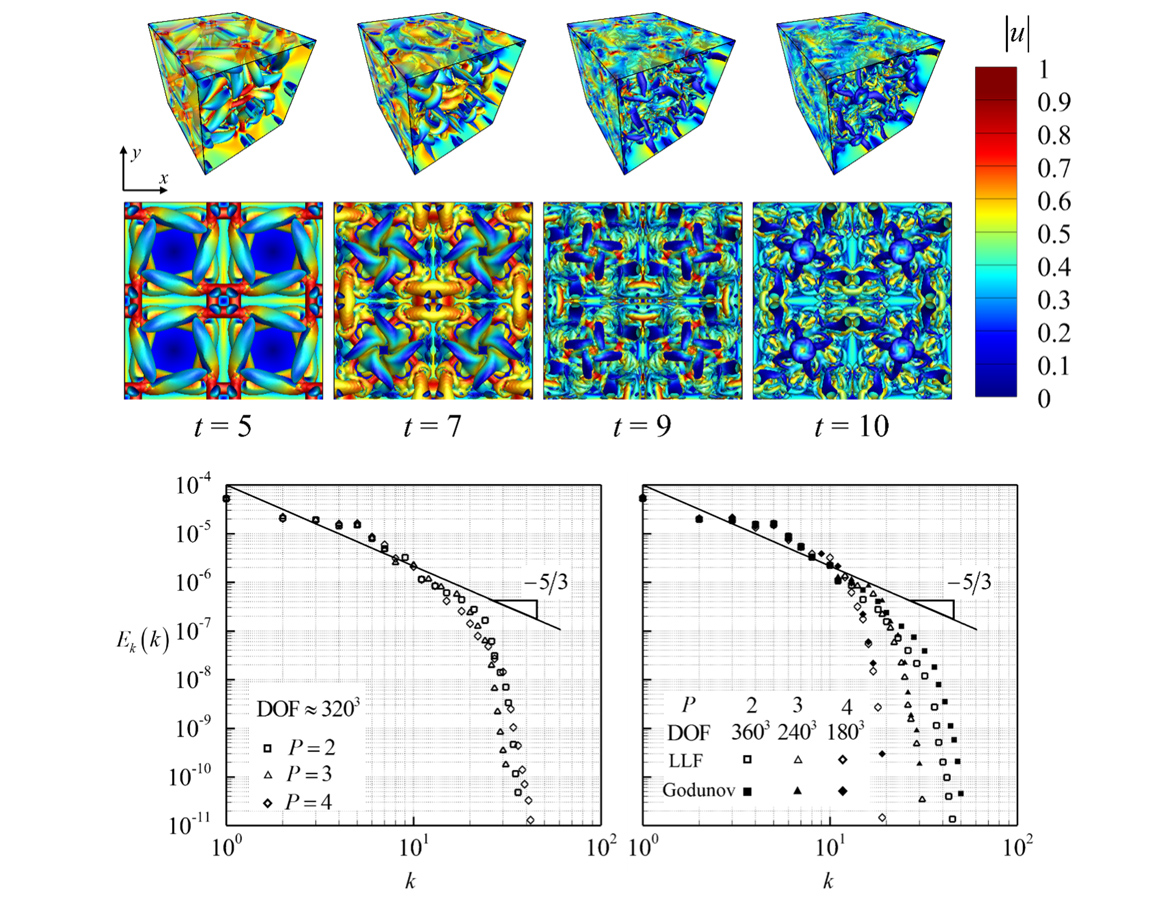 Fig. 1. Simulation result on the top shows the isotropic structures called Taylor Green vortices The instantaneous iso-surface of Q – criterion (positive second scalar invariant of the gradient of u) colored with velocity magnitude. These coherent structures keep breaking down into smaller structures as the time progresses and finally around t = 9 the flow becomes fully turbulent. The bottom figures show the effect of different numerical schemes on the solution accuracy.

Recently, an international team of researchers from SurfPlasma, University of Florida and IIT Bombay developed a scalable, parallel, high order model for supersonic, turbulent boundary layer flows using modal discontinuous Galerkin (DG) elements. The local nature of the DG method is amenable for peak performance on a vectorized machine architecture. The formulation was implemented in the multiscale ionized gas (MIG) flow solver that had previously been used for analyzing gas plasmas and micro-nanoscale flows. Legendre polynomial of order P (up to P=4) was used for solution interpolation within each element. The formulation was first verified with the unsteady breakdown of canonical Taylor-Green vortices into isotropic turbulence ( Fig. 1) to study the parallelization efficiency for various degrees of freedom (DOF) for a range of Reynolds number (Re = 100-1600). Parallel scalability is important, but only if the underlying serial computational cost is not prohibitively expensive to the point where the benefit gained from a better scalability is lost.  To obtain the true scale of the computational cost due to different polynomial orders, the computational cost required to reach the same numerical error as a lower-order polynomial is considered and found that for implicit solvers, high-order methods were more efficient than low-order ones. 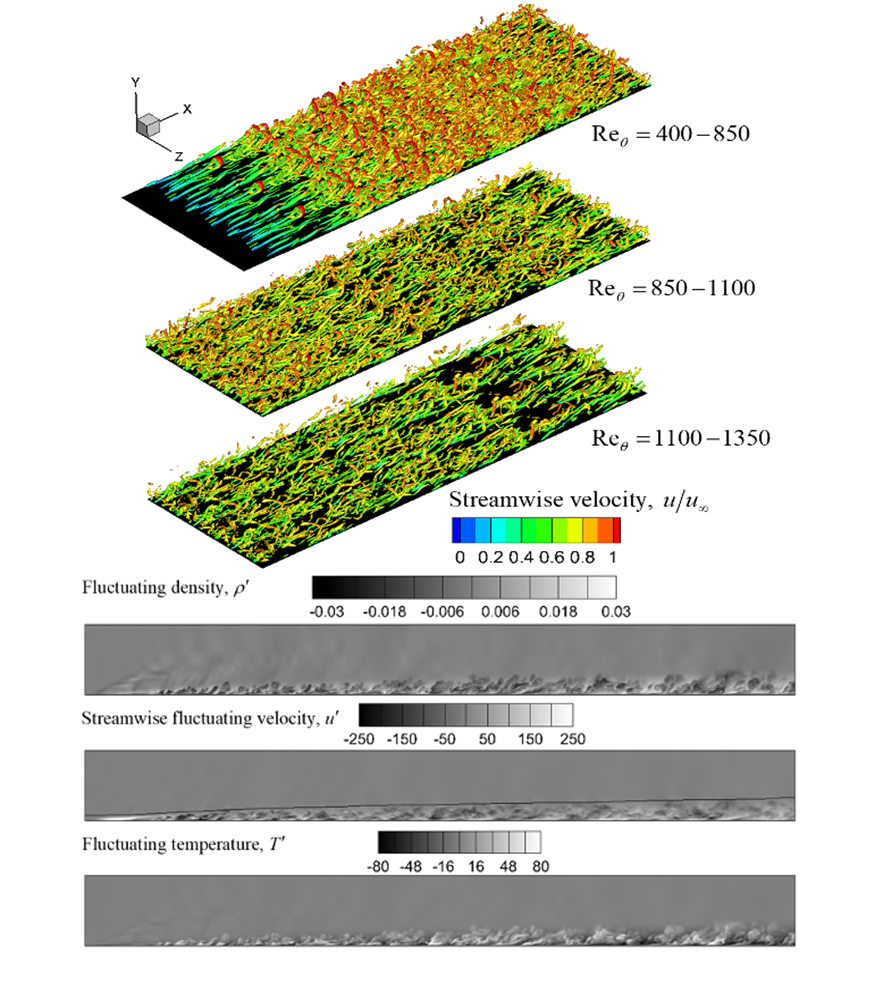 Fig. 2. Numerical results show growth of hairpin-like flow structures within the turbulent boundary layer as air moves over a flat plate at 2.25 times the speed of sound (Mach 2.25). Simulations were run using MIG flow codes at the HiPerGator supercomputing facility of the University of Florida.

In addition to the isotropic turbulence, the formulation was also used to study turbulent structures in supersonic Mach 2.25 flow over a flat plate. The primary challenge in simulating high speed turbulent boundary layers is keyed to the large temperature gradient that develops across the boundary layer caused by the increased influence of viscous dissipation. A discontinuous finite element mesh with approximately 33 million DOF was used to compute the fluid dynamic solution. Within each element the solution was interpolated by a quadratic P=2 Legendre modal basis function with third-order spatial accuracy. The smallest grid spacing at the wall was based on the inner wall units (y+) of 0.5. The features of the instantaneous flow are plotted in Figure 2. The iso-surfaces of the Q-criterion (Q =3) in the top three figures are colored by the magnitude of the streamwise velocity for a momentum thickness Reynolds number progressing from 400 to 1350. The flow was tripped by a randomized amplitude harmonic function and the initial coherent structures quickly break down into a fully turbulent flow. The bottom three figures show the fluctuations of the normalized density, streamwise velocity and temperature fields. The high intensity fluctuations in the boundary layer show packets of fluid which are hotter and lighter than the freestream fluid and which are pushed upward as the boundary layer grows.

These computations provide confidence in the capabilities of the numerical framework to perform more investigations for deeper physical insights into turbulent flow phenomena. The parallel scalability and efficiency of this framework suggests that such large studies can now be attainable within reasonable time.