Use of antibiotics in animals and people – resistance transfer

There is a great debate going on in the European Union and the United States, regarding the effects of the use of antibiotics in animals and the potential transfer of resistance to man, primarily via the consumption of food. Concern has been expressed in human medicine that they are running out of antibiotics to treat bacterial infections because resistance to these antibiotics is widespread, especially in hospital and other healthcare facilities, where they are extensively used. There has also been concern that the use of antibiotics in animals has contributed to the development of resistance in man either by direct contact or by indirect contact via meat and other food-related products. Some infections such as Campylobacter and Salmonella spp have been transmitted to man via food and therefore can bacteria that do not usually cause disease in man, such as Escherichia coli but may carry resistance genes contribute to the spread of resistance in man. 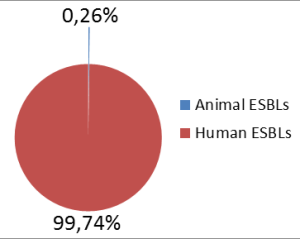 Fig. 1. Comparison of human and animal ESBLs associated with blood infections in man

In the last 17 years, 3rd and 4th generation cephalosporins have been used quite widely in veterinary medicine and also since the mid eighties in human medicine. They are considered broad spectrum – able to treat a wide range of infections – and are comparatively safe and popular in human medicine. Similarly, they have proven very effective and increasingly popular in veterinary medicine. As a result of their increased use in both human and veterinary medicine, resistance to the cephalosporins has emerged caused by enzymes that break down the antibiotic, which contains a beta-lactam ring. The specific enzymes are called beta lactamases and in the case of 3rd and 4th generation cephalosporins, extended-spectrum beta lactamases or ESBLs for short.

Similar ESBL types are found in animals and man and in bacteria such as E. coli on food/meat products. Can these resistance genes be transmitted to man and if so by how much can they contribute to medical problems in treating infections? When meat is cooked properly the E. coli are usually killed but there is a small chance of contamination, like Salmonella and Campylobacter. Can the bacteria survive when ingested? This is possible, especially when given in large numbers but the majority are destroyed. Do they colonise the human gut? Usually they do not but if they are carrying the resistant genes, these can be transmitted to other human bacteria in the gut, via plasmids. Do these bacteria cause disease and carry the ESBL resistance gene? In the case of E. coli, it is commonly associated with urinary tract infections more commonly found in women but can also invade and cause infections in the blood, especially in immunocompromised patients. How much of this resistance is caused by animal/food associated ESBL genes?

Research in the UK, the Netherlands and Germany compared animal, food and human isolates of E. coli, mainly from urinary tract infections, carrying ESBL genes and showed by genetic means (multi-locus sequence typing – MLST) that they were not the same (0/127 human ESBLs). In Sweden, they compared ESBLs from food and animals with human isolates of E. coli carrying ESBLs in clinical blood infections also by MLST. In a larger sample, only 1/379 ESBLs in human blood infections was identical to an ESBL found in food/animals. This means only 0.26% of clinical cases can be potentially attributed to food or animals and presumably 99.74% are associated with human use of antibiotics.

Recent information emerging on the contribution to human ESBL resistance by animal ESBL resistance genes, by the indirect contamination of food, demonstrates it is extremely small indeed.

Use of antibiotics in animals and people.
Burch D
Vet Rec. 2015 Sep 19