Using cheminformatics to aid in the discovery of new drugs

Finding new medicines is a difficult and expensive endeavor and grows more difficult and expensive with every passing year. Thus, new ways to streamline the process are desperately needed by the pharmaceutical industry. Once upon a time, medicinal chemists would synthesize any compound they could, then test its effect on a range of protein targets associated with a disease. Getting a “drug candidate” in such a test was only the first step in becoming a useful drug, however; it also has to have good ADMET properties. The ADMET acronym stands for absorption, distribution, metabolism, elimination, and toxicity. The drug candidate needs to get absorbed into the body and distributed to the target tissue while avoiding unwanted metabolism or getting rapidly eliminated into the urine or bile. In addition, it has to exhibit minimal or no toxicity. Originally a drug candidate’s ADMET suitability was assessed in animal studies or by in vitro (i.e., in a laboratory) testing. Cheminformatics in general (the use of information and molecular modeling technology to address problems in chemistry) is poised to revolutionize pharmaceutical industry. 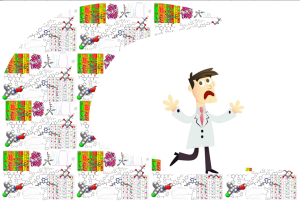 Fig. 1. Scientists in the pharmaceutical industry can be overwhelmed by a tidal wave of information. Converting this information to knowledge is the key to successful drug discovery.

An enzyme is usually a special type of protein (a few are catalytic RNA molecules) that converts a molecule into a different molecule or molecules. Many drugs act by preventing (inhibiting) this ability of an enzyme. Inhibition of an enzyme called cyclooxygenase (COX) can provide relief from inflammation and pain. There are two forms of COX, i.e., slightly different amino acid sequences, COX-1 and COX-2. Aspirin works by inhibiting COX-1 but causes side effects like ulcers. Thus, researchers tried to create drugs to inhibit COX-2 without inhibiting COX-1. One such drug was Vioxx, which relieves the sort of chronic pain associated with rheumatoid arthritis. Excessive inhibition of COX-2, however, is associated with an excess rate of heart attacks and strokes. This caused Vioxx to be withdrawn from the market in 2004. In our research publication, we described an illustrative proof-of-concept project in which we used literature data on inhibitors of cyclooxygenases 1 and 2 to design new compounds that would strike a more appropriate balance of COX-1 and COX-2 inhibition and would have desirable ADMET properties – all before anything had been synthesized. This type of grand scale optimization is a perfect job for computers!

We started the process by examining chemical modifications that were important to inhibiting COX-1 and COX-2. We also needed to understand which chemical modifications resulted in loss of inhibition. This was critical to our success because we didn’t want to make any inactive compounds. We selected eight candidates for synthesis based on their predicted activity, of which four were successfully made and tested. Their measured ADMET properties were in good agreement with our predictions. Unfortunately, they inhibited COX-1 more effectively than we had predicted and inhibited COX‑2 less. In the end though, one of the compounds had the balance of COX-2 and COX-1 inhibition that we were seeking.

Setbacks are very common in the early stages of drug discovery and typically result in wasted synthesis and testing effort. By publishing this work, we have shown other pharmaceutical researchers how they can use software such as ours to make multi-parameter drug optimization easier and faster than it has ever been.