During development, the brain requires more oxygen than any other organ – about 60% of the total oxygen consumed by a growing fetus is used to support the high metabolic demands of neurodevelopment. This means the developing brain also needs an abundant supply of antioxidants, which protect cells from potentially damaging molecules (known as free radicals, or “oxidative species”) that are generated during normal metabolic reactions. One such antioxidant is vitamin E, a lipid-soluble (fat-soluble) nutrient that specifically protects polyunsaturated fats in the outer lining of cells, which are called cell membranes. We recently asked, “Does the brain specifically need vitamin E during development?” The answer is yes; our latest research in zebrafish shows that vitamin E is needed to prevent the loss of critical lipids (fats) in the developing embryo. 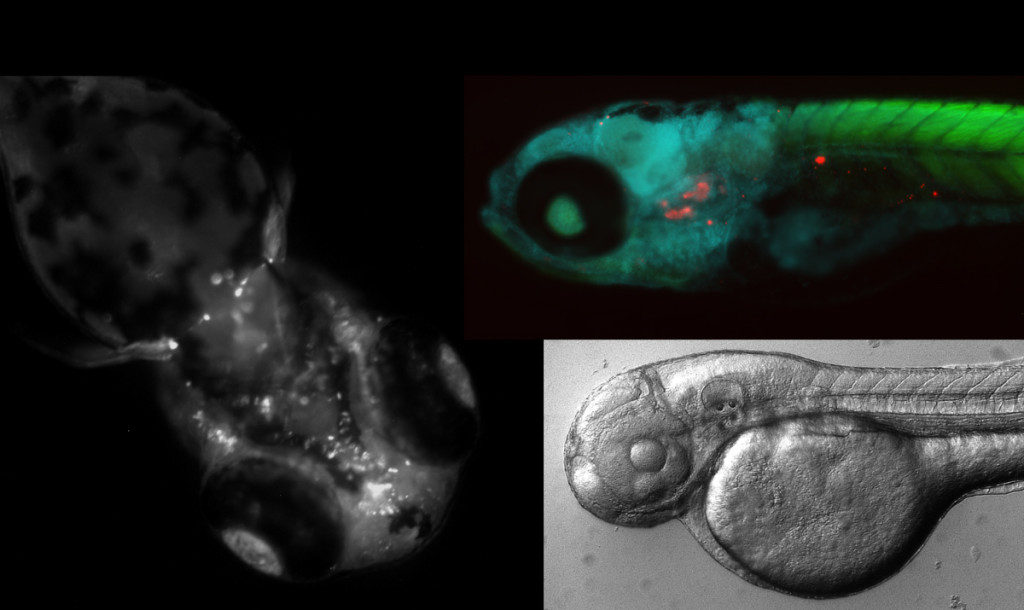 Brain cells are especially susceptible to free radical (“oxidative”) damage because their membranes contain a large amount of polyunsaturated fatty acids, most notably the omega-3 docosahexaenoic acid (DHA), which is particularly vulnerable to free radical attack via a process known as lipid peroxidation. DHA is critical for neurodevelopment because it is a major structural and signaling component of cell membranes; low levels of brain DHA are associated with impaired neurological outcomes, including behavioral deficits. In the present study, we assessed lipid turnover as well as monitored physical and behavioral development in zebrafish embryos, with and without vitamin E deficiency, to determine whether vitamin E is required by the developing brain due to its fundamental role in preventing depletion of DHA. We hypothesized that embryonic vitamin E deficiency compromises brain development by decreasing the supply of DHA to the developing brain, which perturbs DHA status and, hence, disrupts the structural processes of membrane remodeling and repair.

Using a technique called “lipidomics,” which simultaneously measures all the different kinds of lipids in the embryos, we analyzed the lipid composition of zebrafish embryos over the course of five days. We found that the vitamin E deficient embryos not only contained less DHA, but there was also evidence of disruption to the structural integrity of the cell membranes as a whole. Moreover, vitamin E-deficient embryos did not respond correctly to visual cues, they had severe physical abnormalities, and many died before the end of the five days. Even normal-looking vitamin E-deficient embryos without physical defects swam significantly less following the visual stimulus, which suggests compromised brain function. In summary, the results of our study show that vitamin E protects critical lipids, namely DHA, from excessive depletion during development, and that such depletion may cause behavioral deficits.

These findings are important because they provide a foundation for future research into the mechanisms behind why vitamin E is crucial to developing brains. Such information may facilitate therapeutic strategies to optimize fetal neurodevelopment; for example, via maternal vitamin E supplementation. Overall, the present study demonstrates that the vitamin E-deficient zebrafish model may be highly applicable to the study of neonatal brain development, and could be utilized to yield widespread implications for the improvement of neurological health in early life.