Children under five years old are more affected by malaria than any other age group, accounting for 78% of malaria related deaths in 2012. Sub-Saharan Africa has the largest burden of malaria deaths world-wide, with 229,486 of them occurring in children under five years old. In the Sub-Saharan country of Burundi 19,890 cases of malaria were reported in children from 2011-2012. Burundi is located in the highlands of Africa, an area that usually has little or no malaria due to the cool temperatures and dry conditions provided by high-elevation. However, in recent years, the area has experienced abnormally warm temperatures and wet conditions. Notably, there is a significant range in elevation levels throughout the country. The highest areas of the country are found in the northwestern portion, followed by the northeastern portion, and with the lowest areas in the south. 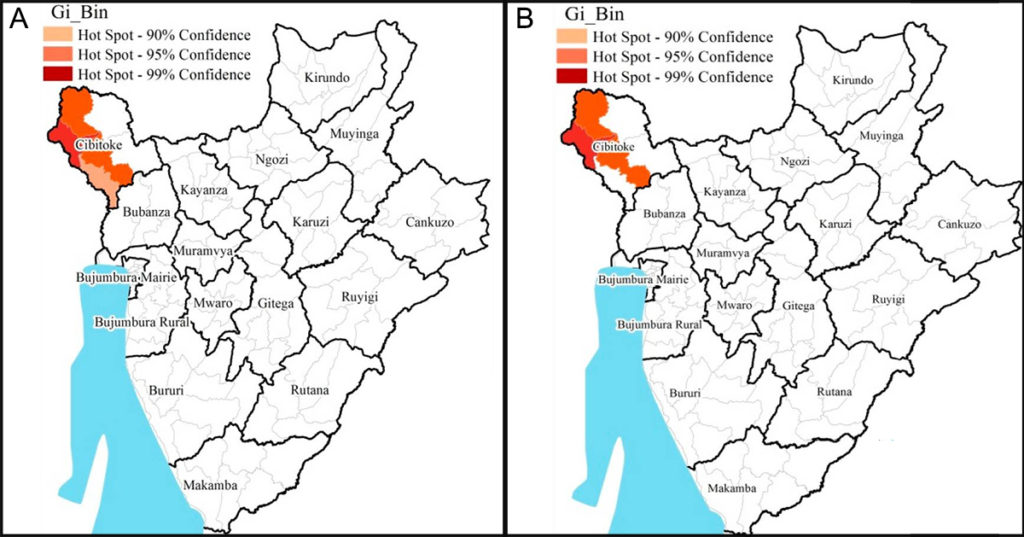 When looking at the malaria cases geographically, most of these cases occurred in the highest region of the northwest. This is contradictory to what we thought we knew about malaria and the mosquitoes that carry it. Previous studies tell us that the Anopheles mosquito likes moist-low-land areas with warm climates. Even across the seasons, both wet and dry, the most cases of malaria in children were found in the higher elevations of the north. The dry season was of particular interest because the direct effects of elevation could more easily be measured due to low levels of larger scale circulation patterns (movement of air). This suggests that the mosquitoes capable of carrying and transmitting malaria is finding higher elevations more livable today because these areas are becoming warmer and wetter.

The specific hotspots for malaria transmission in children coincided with the most densely populated areas of the country, in the northern districts of Kayanza, Cibitoke, and Kirundo. These areas are also characterized by rural agricultural societies. Which means there are a lot of people in these areas who spend most of their time outside where they are more likely to get bit by mosquitoes. These areas also tend to have standing water from irrigation, popular breeding sites for the Anopheles mosquito. The increase in rainfall at the beginning of the warm season could be creating more spots for the mosquito to breed, and thus increasing the mosquito density and malaria risk, particularly in children.