What is a SERM and how does it work?

Estrogen receptors (ERα and ERβ) are nuclear receptors that function as ligand-dependent transcription factors. They play a vital role in many physiological functions such as the development and differentiation of the reproductive tract and mammary gland. They are also involved in bone homeostasis and have a protective role in the cardiovascular and central nervous systems. ERs are also involved in numerous estrogen-associated diseases, including the hormone-dependent cancers (breast, endometrial, ovarian, testis and prostate), as well as metabolic disorders, neurodegenerative diseases, endometriosis, cardiovascular diseases and osteoporosis. 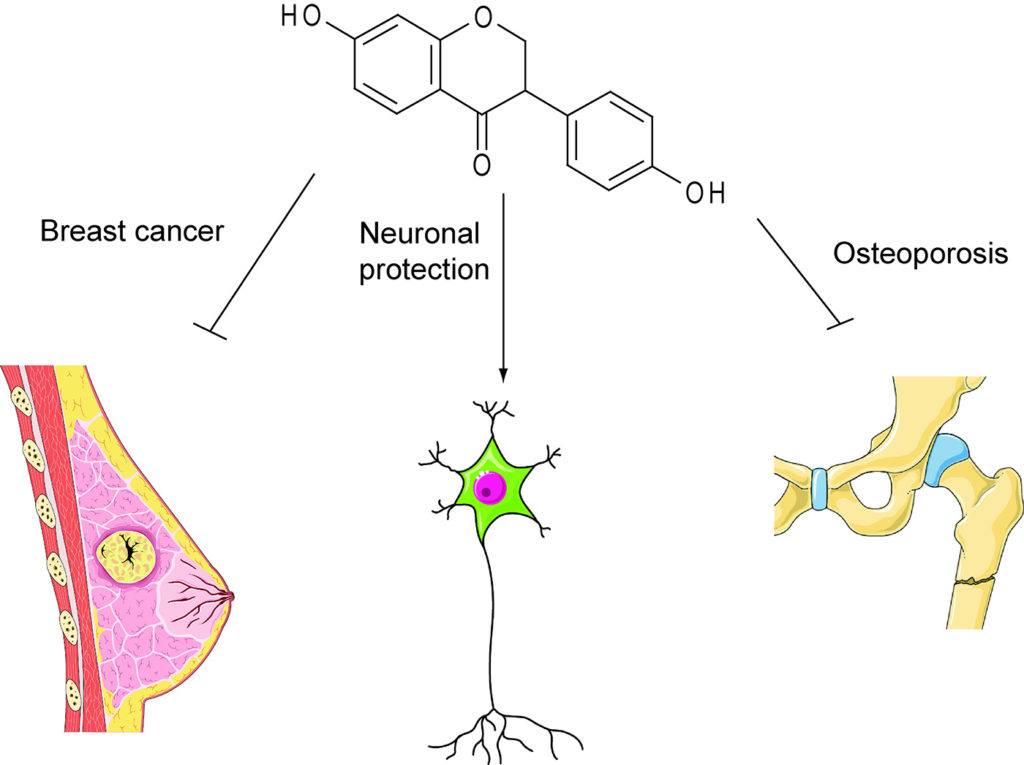 Fig. 1. Characterization of the potential activity of phytoestrogens as SERMs. An ideal phytoestrogen would protect the central nervous system or skeleton and prevent breast cancer without the negative effects associated with hormone therapy.

SERMs (Selective Estrogen Receptor Modulators) are estrogen analogues that bind to ERs but act differently in diverse tissues. In other words, unlike estrogens that act as ER agonists, SERMs have the ability to act selectively as agonists or antagonists depending on a target gene or tissue. For example, they can act as an estrogen in the brain, bone or vessels, but show the opposite action of estrogen in the uterus and in the breast. Hence, these molecules can be used as drugs against osteoporosis, neurodegenerative or vascular diseases, without increasing the risk of cancer of the uterus or breast. Moreover, the anti-estrogenic effect of SERMs that triggers cell growth inhibition is crucial to decrease the risk of ER-positive breast cancer. The specificity of SERMs involves the specific expression of ER subtypes or different co-regulatory proteins or transcription factors in the various tissues. Differential changes in ER conformational-induced by ligand binding as well as phosphorylation at different ER sites provide also an important mechanism of SERMs to regulate ERs activity. To date, the main clinical applications of SERMs are their use in the prevention and treatment of cancer and osteoporosis. Two SERMs have been evaluated and are currently used in ER-positive breast cancer treatment: tamoxifen (Nolvadex) and raloxifen (Evista). The pure antiestrogen ICI 118,780 (Fulvestrant, sold under the name Faslodex), that shows full antagonistic effect whatever ER-target tissues (Tab. 1), is also used in the treatment of the recurrence or metastatic breast cancers in postmenopausal women.

Among the SERM family, phytoestrogens which share common structure with E2, are promising compounds (Fig. 1). Phytoestrogens are second metabolites produced in plants where they exert several functions such as plant defense, flower color, etc. To examine the potential SERM activity of different classes of phytoestrogens, we have performed a screening study in two types of ER-positive cells: the hormone-dependent breast cancer cell lines (MCF-7 and T47D) and a pseudoneuronal PC12 cell line stably transfected with ERα (PC12-ER). Indeed, these models evidence the duality effects of E2 which induces proliferation (MCF-7 and T47D) or differentiation (neurite outgrowth of PC12-ER) depending on the cell context. Therefore, these models provide a complementary tool for characterizing the SERM activity of estrogen analogues. In this work, we showed that despite all the compounds tested induced ER transactivation, they had different impacts on cell phenotype. For instance, resveratrol did not induce breast cancer cells proliferation but potentiated PC12-ER differentiation.  Conversely, the mycotoxin zearalenone induced a strong proliferation of MCF-7 and T47D but counteracted the differentiation of PC12-ER. In this work, in addition to the results concerning the SERM activity of phytoestrogens, we described two robust cellular models as complementary tools to characterize the duality effects of estrogenic chemicals.