When toxicity goes circular: Isoprostanes as markers and effectors of oxidative stress

In normal conditions, there is a dynamic equilibrium between oxidants and antioxidants in the human body; however, when there is an unbalance in this redox state, oxidative stress occurs.  In an unbalanced state, the peroxidation of polyunsaturated fatty acids originates isoprostanes (IsoPs), which can be considered as markers of oxidative stress. Since oxidative stress is associated with several non-communicable chronic diseases (NCDs), IsoPs can be used as clinical biomarkers of such diseases. Patients with congestive heart failure, cystic fibrosis and chronic renal insufficiency, for example, have higher levels of IsoPs. 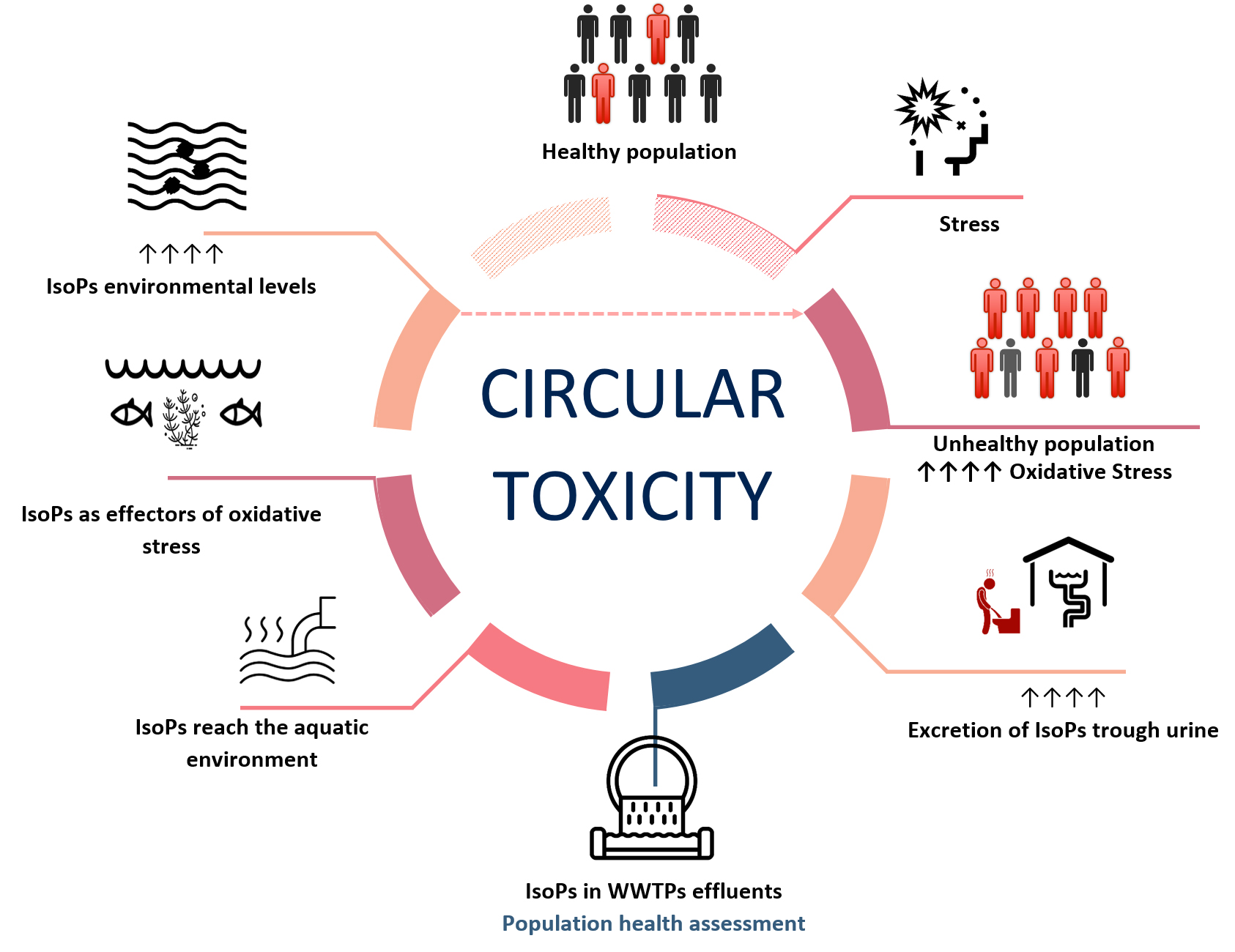 These molecules are excreted trough urine, which flows into the sewage system reaching wastewater treatments plants (WWTPs). Since most WWTPs are not efficient in removing IsoPs, these compounds can be found in effluents that are discharged into the aquatic environment. Hence, wastewater can be used to provide a global picture of the overall oxidative stress of the human populations and several studies have quantified the levels of IsoPs in effluents to indirectly assess the health of a given population. As IsoPs are bioactive molecules similar to prostaglandins, it was hypothesized that they can interact with living organisms in the aquatic environment and thus may act as effectors of oxidative stress. In this sense, we have proposed the concept of Circular Toxicity. This concept is based on the fact that the IsoPs released into the aquatic environment as a consequence of higher oxidative stress levels in humans, will be able to interact with the prostanoid receptors found in aquatic species from different trophic levels. The interaction of IsoPs with these receptors will induce stress in aquatic species. As a response to this additional stress, the organisms will react by producing more IsoPs, which will increase add to the normal environmental levels and consequently create an aquatic toxicity loop.