When your medication backfires and calls in the wolves

Your immune system is like an army inside your body. It is constantly on guard to protect you against attacks from the outside, such as infections. It also protects you from attacks from inside, such as cancer cell development.

The governmental leaders of countries sometimes lose control of their armies. This can result in a mutiny where the military turns on and attacks its civilian leaders. Such a coup can result in injury or death of a country’s governmental officials. 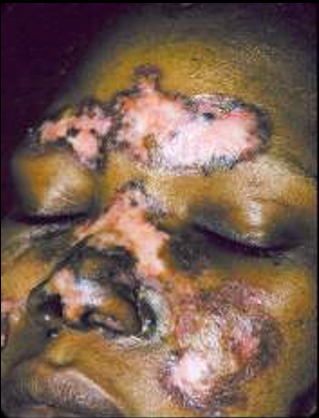 “Auto-immune” diseases result when your body’s army-like immune system turns on and attacks other parts of your body. Any part of your body is subject to an autoimmune attack, including your skin. Some autoimmune diseases attack only the skin while others attack the skin as well as vital internal organs such as the kidneys, heart, liver, lungs or brain.

Lupus erythematosus (LE) is a chronic autoimmune disease that can attack and damage any part of the body, especially the skin and joints. Internal organ damage from systemic LE can result in disability or death. The clinical severity of LE can vary greatly from one individual to another. This is thought to result from genetic differences and variable exposure to environmental factors such as sunlight and infections that can impact LE autoimmunity.

LE was first identified as a disease in the mid 1800’s in Europe by how it can attack and damage the skin. Early physicians thought that the reddened, scarred appearance of LE-damaged skin resembled skin that had been chewed by a wolf. Thus, the name “lupus” (wolf) and “erythematosus” (red colored skin). Figure 1 illustrates the “wolf-bite” appearance of the facial skin damage that can result from the classical discoid form of LE skin disease (syn. cutaneous LE).

Our team has had a long-term research interest in subacute cutaneous LE (SCLE). SCLE is a sun–sensitive (syn. photosensitive) form of cutaneous LE that preferentially attacks the skin of the arms, chest and back rather than the face. It does not produce permanent scarring as can classical discoid LE. A curious feature of SCLE is that it sometimes appears as an unexpected reaction to medications being taken for unrelated medical problems such as high blood pressure, stomach acid reflux or fungal skin infections. This form of SCLE, is referred to as “drug-induced SCLE.” Drug-induced SCLE was first recognized in 1985 when a single drug class, thiazide diuretics, was observed to be capable of inducing SCLE skin lesions.

Our more recent review revealed that a broader array of drug classes has now been implicated as triggers for drug-induced SCLE than was previously observed. In addition, the trends observed in Figure 2 (from our more recent review) suggest the possibility that a reporting bias may have occurred in the more recently-published literature on this subject. It is not surprising that both clinical observers and publishers might be more interested in reporting cases of drug-induced SCLE that were triggered by drug classes that had not previously been recognized to do that. Thus, more population-based data addressing the epidemiology of drug-induced SCLE are needed. 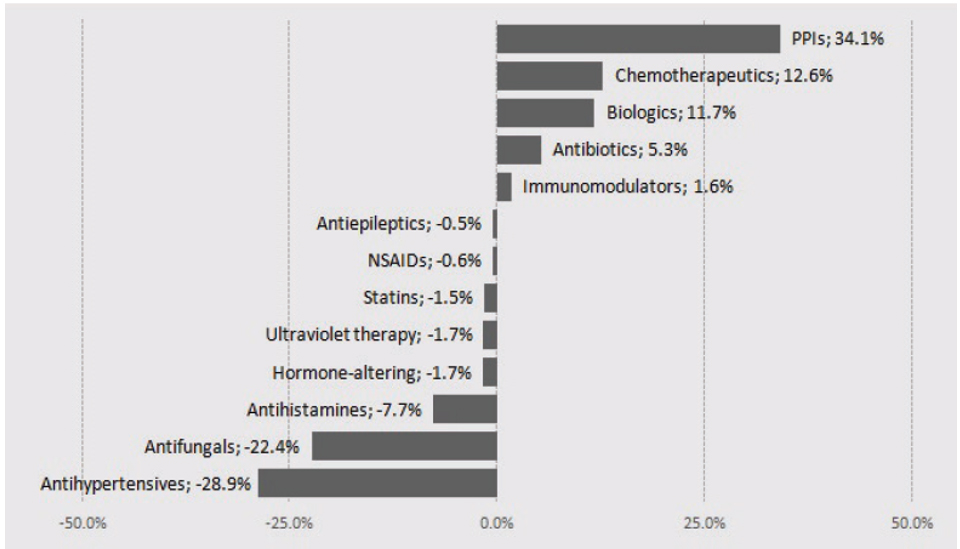 Fig. 2. Changes in incidence of published drug-induced SCLE reports between August 2009 and June 2016 (reprinted from the original, open-access publication https://escholarship.org/uc/item/55×42822 in Dermatology Online Journal published by eScholarship, University of California).

Several drug classes that were initially implicated in drug-induced SCLE are known to sensitize the skin to the damaging effects of ultraviolet light rays present in sunlight. Such drugs are known to be photosensitizers. It has been observed by others that SCLE skin lesions can be induced experimentally in the unaffected, normal-appearing skin of SCLE patients by challenge with artificial sources of ultraviolet light. As such it seemed reasonable to speculate that photosensitizing drugs might be capable of converting a subclinical SCLE autoimmune state into clinically-visible SCLE skin lesions via the isomorphic (Köebner) response. However, this mechanistic hypothesis for drug-induced SCLE is now less tenable considering that many of the more recently implicated drug classes are not known to be photosensitizers.