Why can MDMA produce memory deficits?

MDMA is a synthetic drug belonging to the amphetamine family and has both stimulant and hallucinogenic properties. These features have become MDMA in one of the most used drugs by young adolescents. Many studies have described that the MDMA consumption might produce memory deficits and alterations in cognitive processes.

To evaluate the effects of the MDMA in memory process, we used adolescent mice and the treatment schedule was designed to model recreational MDMA consumption. We considered appropriate to mimic the widespread practice of “boosting” (taking supplemental doses over time in order to maintain the drug’s effect), thus MDMA was administered three times per day given three hours apart, once a week for eight weeks. The treatment schedule started at low doses and increased along the treatment period imitating the classic consumption of a reinforcing compound. Drug administration was carried out at high ambient temperature, simulating the hot environment in which the substance tends to be consumed (i.e. dance clubs, raves). To assess whether a prolonged consumption of MDMA during adolescence might affect memory process and if this effect may last over time, animals were killed at two different points: two weeks after the treatment (3 months old; young adults) or three months after the treatment (6 months old; mature adults). 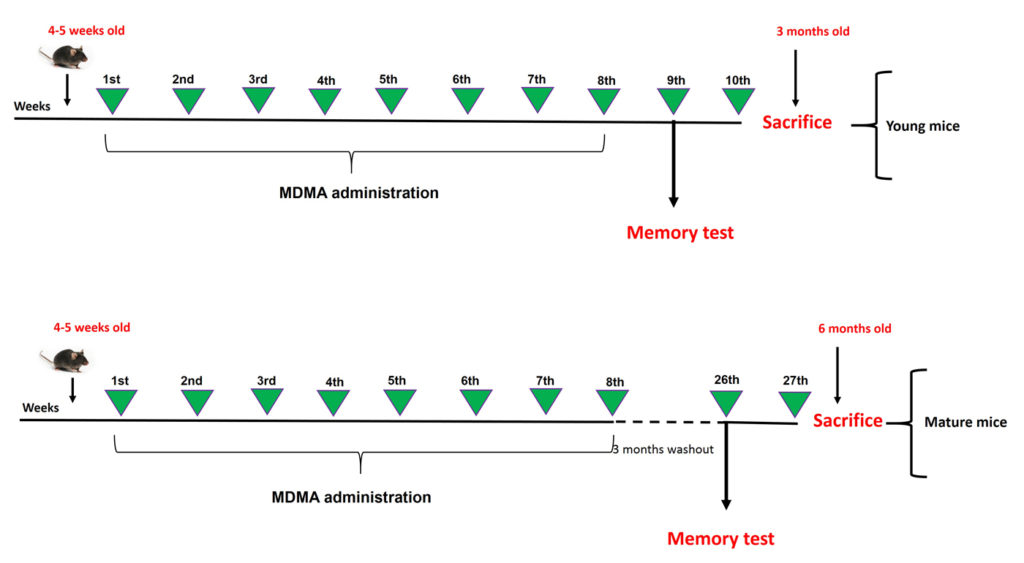 One week before the sacrifice, all animals were submitted to a memory test known as Novel-Object Recognition test, which is based on the spontaneous tendency of rodents to spend more time exploring a novel object than a familiar one. The choice to explore the novel object reflects the use of learning and recognition memory. When we tested short-term memory, MDMA-treated animals performed similar to control animals in both ages studied. However, when long-term memory was evaluated, the MDMA group showed a very significant deficit, which was maintained after three months of washout.

To investigate which mechanism may be involved, we studied the hippocampus, which is a cerebral area related to memory process. On the other hand, lately has been reported that intermittent exposition to amphetamine derivative, such as amphetamine or MDMA, may drive to structural changes in the brain that may persist even long time after finishing the consumption, thus altering the pattern of neuronal activation. This phenomena is known as neuroplasticity, a concept that has broadly introduced to explain that the brain may change throughout life and replaces the previously idea that it should be static. Therefore, MDMA consumption could affect memory process by altering the neuroplasticity in the brain. 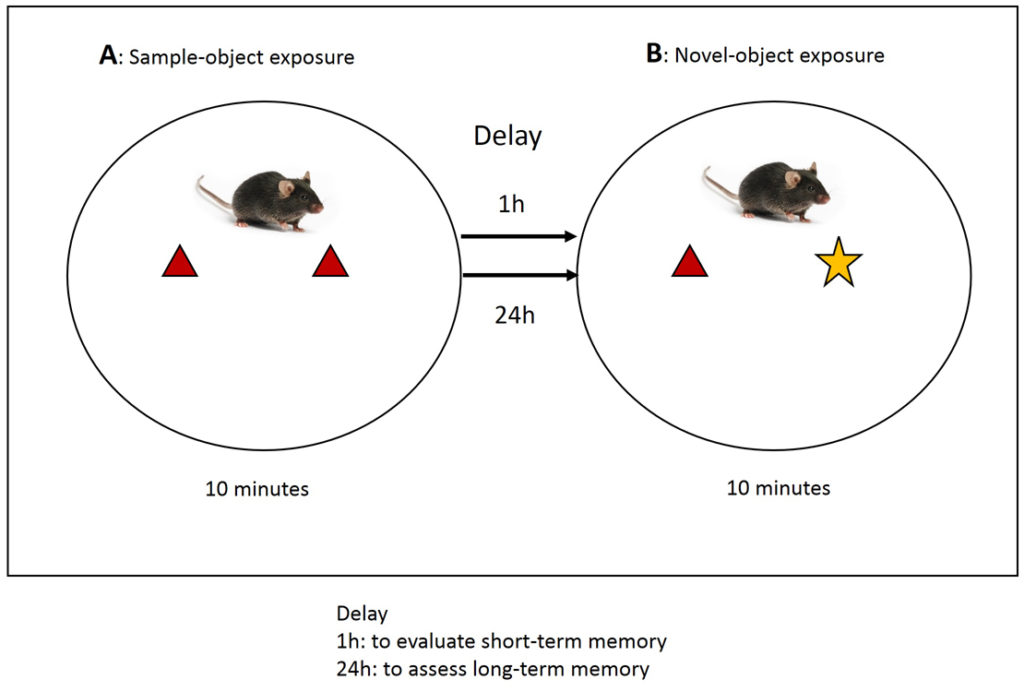 Fig. 2. Memory test. Consist in two phases; Phase A: The animal spends similar time exploring both objects; Phase B: One of the objects is changed by a new one, and if the animal remembers the familiar object, it should spend more time exploring the new one.

In our study, when we look into hippocampus, young mice exposed to MDMA showed increased expression of genes and proteins related to neuroplasticity process, which sometimes persisted for three months. The markers evaluated here are related with the formation and changes of the synapses, which are the contact structures where the neurons pass the information to each other. This long-lasting increase in these markers may give a maladaptive plasticity in the brain, and can be the cause of the memory deficits observed in the MDMA-exposed animals.

Additionally, this MDMA treatment schedule also affect other brain areas in mice, such striatum which is implicated in motor functions.