Breast cancer is a leading cause of cancer death among US women.  For women with early stage breast cancer (stages I and II), completing chemotherapy after surgery can increase survival.  Despite this proven benefit, some women do not complete their chemotherapy treatment. To find out what factors influenced women to stop treatment early, we looked at a group of breast cancer patients who had taken part in a study that evaluated the effect of patient-assistance programs on disparities in care and looked to see which factors were associated with not completing chemotherapy. 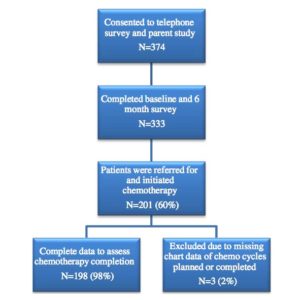 Though under-treatment rates were low overall, we found that the majority of women who did not complete their chemotherapy treatments were black, unmarried, had poor body image, and/or reported low levels of emotional support.  Surprisingly, neither side effects, finances, nor tumor characteristics differed between the two groups.  When we analyzed all the factors together to see which were most important (where some balance the others out), only poor body image and race were associated with incomplete treatment. 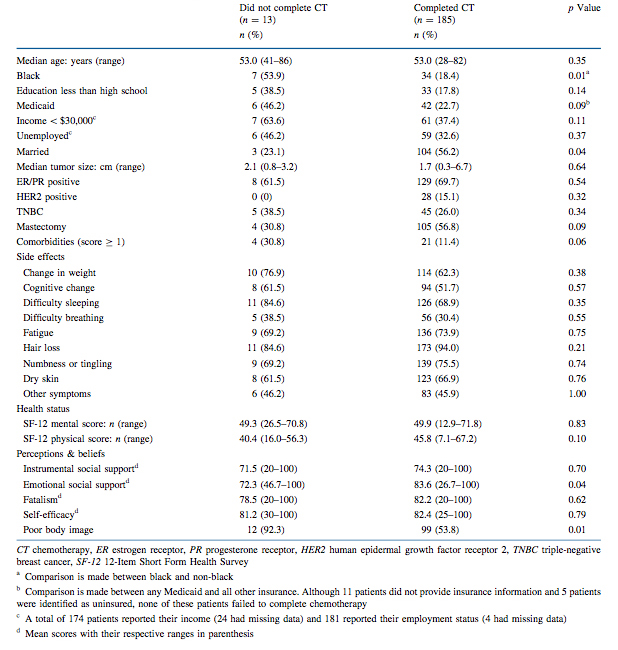 Tab. 1. Univariate analysis of demographics, clinical factors, and side effects

This study shows that even in a best case scenario where all the women in a clinical trial received information regarding patient assistance programs, racial disparities and noncompletion of chemotherapy treatment remains a problem.  Importantly, black women who reported high levels of emotional social support were more likely to complete treatment than those who did not, indicating there may be interventions that could enable others to complete their therapy.  In our study, the unmarried women were also more likely to be black, have Medicaid, and have lower social support (practical and emotional).  Thus, race and marriage might actually just be markers of deeper social issues that impact a woman’s decision to complete chemotherapy.   These findings reveal that even among a group of women who were provided information about cancer treatment and assistance programs, an individual’s social connection affects her ability to complete treatment.

We also found a large proportion (56%) of the women in our study reported poor body image related to their cancer treatment.  Women with poor body image were less likely to complete chemotherapy treatments regardless of the extent of surgery or whether they had breast reconstruction.

In summary, for women with early stage breast cancer undergoing surgery followed by chemotherapy, counseling or psychosocial programs that address issues surrounding social support and body image may offer opportunities to intervene and increase the likelihood that a woman will complete her chemotherapy treatments.