Will dengue vaccination be cost-effective for an epidemic country? The case of Argentina

Dengue is one of the major tropical diseases, causing a huge burden in terms of suffering, deaths and economic costs globally. Many research institutions and pharmaceutical companies throughout the world have been trying to develop a vaccine against this disease. The two candidate vaccines that have demonstrated the highest level of progress are the Dengvaxia® from the Sanofi-Pasteur company and the Tetravax-DV from the National Institute of Health (NIH) and the Butantan Institute of Brazil. In early 2016 the vaccine from Sanofi-Pasteur was authorized to be commercialized in Philippines and in three countries of Latin America, while the vaccine from the NIH and the Butantan Institute would be available as soon as within the next two years. The most important issues to be considered for these and others new vaccines are safety, efficacy, and cost-effectiveness. This last factor can be understood as an evaluation of whether the cost of acquiring the vaccines are outweighed by the gain in health benefits and the saving of medical costs associated with treating the disease. Our recent study published in Vaccine in 2016 was designed to answer this third question. 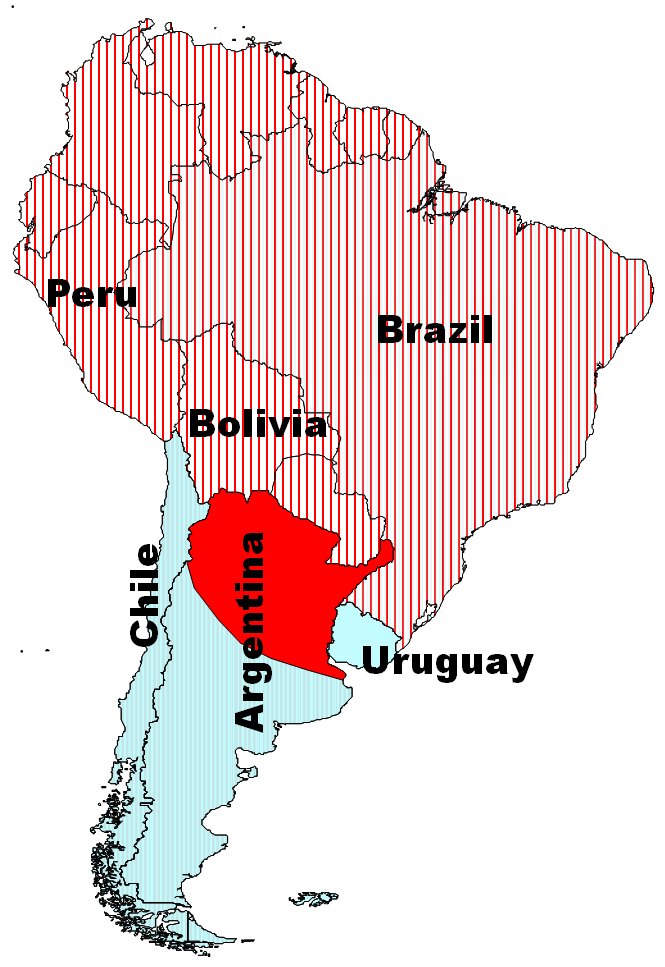 From the Argentina’s point of view, the problem with the Dengvaxia® is that this vaccine was evaluated and licensed in dengue endemic countries, whereas Argentina is currently considered as epidemic and non-endemic. This is because the autochthonous transmission does not occur every year in the same places and is restricted to the months of November to April. What happens then with Argentina? On one hand, a high proportion of its population is exposed to a low risk of dengue infection. On the other hand, several provinces are at risk of autochthonous dengue transmission and outbreaks, but not every year. Moreover, many cities are bordering endemic regions of neighbor countries (Bolivia, Paraguay and Brazil), share climatic and socio-cultural characteristics, intense local border traffic and have suffered several dengue outbreaks. In this context, it is crucial for public health decision-makers making the best choice of whether or not to incorporate this vaccine into the immunization programs for large groups or targeted populations.

Given the aforementioned situation, the results of our paper indicate us two things. The first one being that in a real-life situation, if the vaccination program is targeted to those areas showing the highest risk of dengue transmission, a relative small proportion of the whole population of the country, the price of the vaccine had to be equal or lower than US$28 for the strategy being considered as cost-effective. The second concept is more theoretical but equally important: in a hypothetical situation in which countries could produce their own vaccines or in which the acquisition prices were similar from the production costs of these vaccines, according to these prices, the dengue vaccination would be cost-effective for the entire country, mainly for the populations living in the area with any risk of vectorial transmission. Although hard to interpret, this second analysis gives us a clear idea of how important these new vaccines and technologies are for the whole society. Overall, the conclusion is that the dengue vaccination would probably be cost-effective in Argentina, a country considered as epidemic.

Even if our paper sheds light over the cost-effectiveness relationship of these vaccines in a currently considered non-endemic country, more research should be undertaken in the near future regarding the efficacy and safety of the Dengvaxia®, the TetraVax-DV and other candidate dengue vaccines in hyperendemic, endemic, low-endemic and epidemic countries.