Individuals of different species commonly compete with each other. African lions and spotted hyenas compete for the same prey, for example, and brown anoles and Carolina anoles frequently fight with each other to secure the best territories. To reduce interspecific competition, natural selection commonly favors divergence in ecology, morphology, or physiology. But natural selection has favored a different, unusual strategy for white-tailed prairie dogs (Cynomys leucurus): they kill, but do not consume Wyoming ground squirrels (Urocitellus elegans) encountered in the prairie dog territories. Prairie dogs and ground squirrels are herbivorous, colonial, diurnal, burrowing rodents that inhabit the western United States. Prairie dogs are about 2X larger than ground squirrels, both species frequently live in the same meadows, and their diets are almost identical. 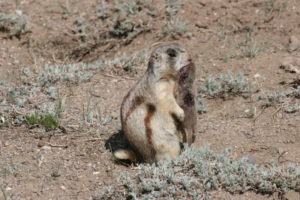 Fig. 1. Female white-tailed prairie dog that has just killed a juvenile Wyoming ground squirrel by a series of bites to the neck. Photo by John Hoogland.

A 6-year study in Colorado USA revealed that interspecific killing (IK) of ground squirrels by prairie dogs was common, involving 47 different killers. In 3 of 6 years, the number of IKs was higher that the number of ground squirrels killed by the combined efforts of 15 mammalian and avian predators such as American badgers, coyotes,  and Swainson’s hawks. In a typical IK, the prairie dog repeatedly bit the ground squirrel in the head, neck, or thorax over a period of 1-3 min until death (Fig. 1), and then abandoned the carcass and resumed foraging on nearby vegetation. Lactating females were responsible for 79% of the 101 observed IKs, males for 17%, and non-lactating females for 4%. Probably because juveniles cannot run as fast as adult, 96% of ground squirrel victims were juveniles. Thirty percent of female prairie dogs killed at least one ground squirrel over their lifetime. Most killers (n = 28) slew a single ground squirrel, but 19 serial killers slew >2 ground squirrels. One female killed 6 ground squirrels over 5 years, another female killed 9 over 4 years, and a third female killed 7 juveniles from the same litter in a single day. Our results document the first case of IK among herbivorous mammals in the wild. Females that killed ground squirrels had significantly higher annual fitness (a combination of maternal survivorship and litter size) and lifetime reproductive success (the cumulative number of offspring that survived for at least 9 months after weaning over a female’s lifetime) than nonkillers (Fig.2). 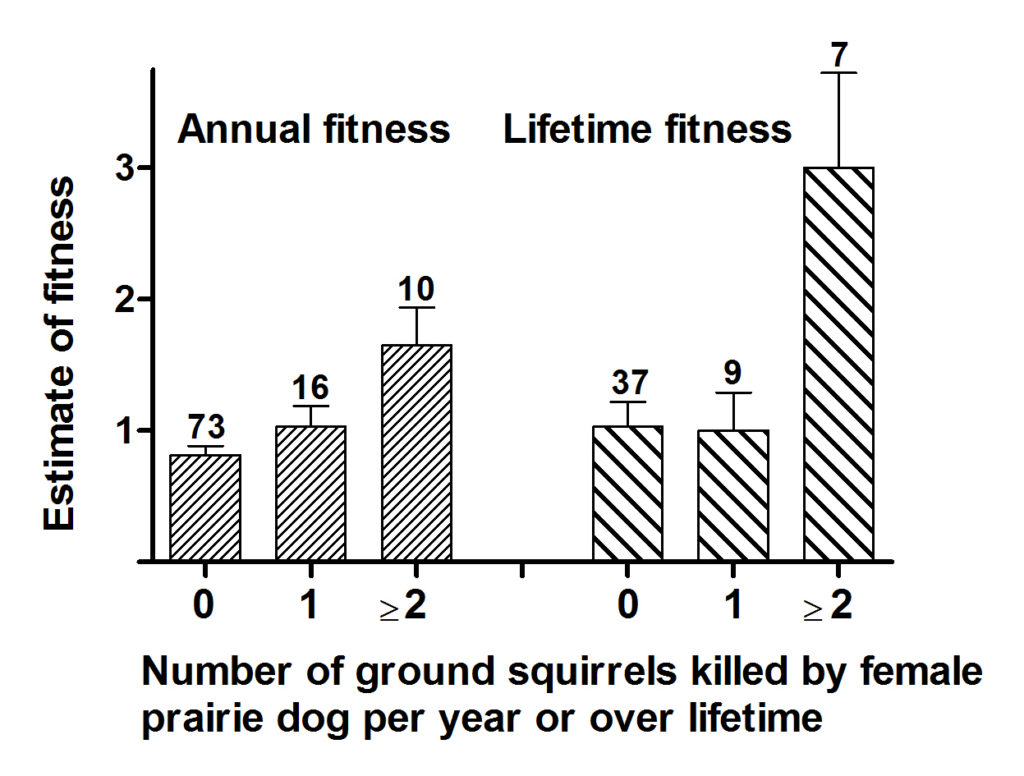 Fig. 2. Mean + SE annual fitness and mean + SE lifetime fitness for female white-tailed prairie dogs versus the number of Wyoming ground squirrels they killed. Both estimates of fitness increased significantly with the number of victims. See text for definitions of annual and lifetime fitness.

These differences in fitness probably resulted because of decreased interspecific competition with ground squirrels for vegetation following IKs. Indeed, the number of ground squirrels killed by a female prairie dog was a stronger predictor of lifetime fitness than even longevity, which is the major factor that affects lifetime fitness for hundreds of species. Despite the threat from IK, ground squirrels continue to live the same meadows as prairie dogs for three reasons. First, inhabiting the same meadows gives ground squirrels access to the same high-quality vegetation available to prairie dogs.  Second, ground squirrels frequently usurp burrows excavated by prairie dogs for either short periods (e.g., temporary refuge from predators) or longer periods (e.g., spending the night, or rearing offspring from birth until weaning at 4 weeks). Third, ground squirrels react to the alarm calls of prairie dogs by increasing vigilance or submerging into a burrow, and thereby improve their safety from aboveground predators. Because IKs at our study-colony were so quick, subtle, and unanticipated, we studied prairie dogs for 4 years before we detected the first case—even though IKs were likely occurring in those early years. Our results should help other ecologists to realize that IKs might be happening frequently but covertly right before their eyes, with animals they know well, and with significant consequences for fitness.