Osteonecrosis of the femoral head (ONFH) is a debilitating disease that may progress to femoral head collapse and subsequently, degenerative arthritis. Core decompression (CD) is a commonly used joint-preserving procedure for the treatment of small to medium sized lesions in early-stage (pre-collapse) ONFH. However, CD is not always effective in preventing disease progression and femoral head collapse. Structural implants including vascularized fibular grafts (VFG) and others, or a tantalum rod have been attempted to increase mechanical support. However, the VFG is limited by the extensive surgical time and rehabilitation, and donor site morbidity. A porous tantalum metal implant demonstrated little histological evidence of bone ingrowth into the necrotic area and insufficient mechanical support of the subchondral bone. Bone marrow-derived mononuclear cell (BMMC) injection is also performed clinically to improve the regenerative capacity. However, BMMC injection for bone regeneration does not provide mechanical support. Thus, we developed a porous, customized, functionally graded scaffold (FGS) to promote both bone ingrowth and increase mechanical support. In this study, we investigated the effects of a novel FGS and BMMC therapy for steroid-associated ONFH in rabbits. 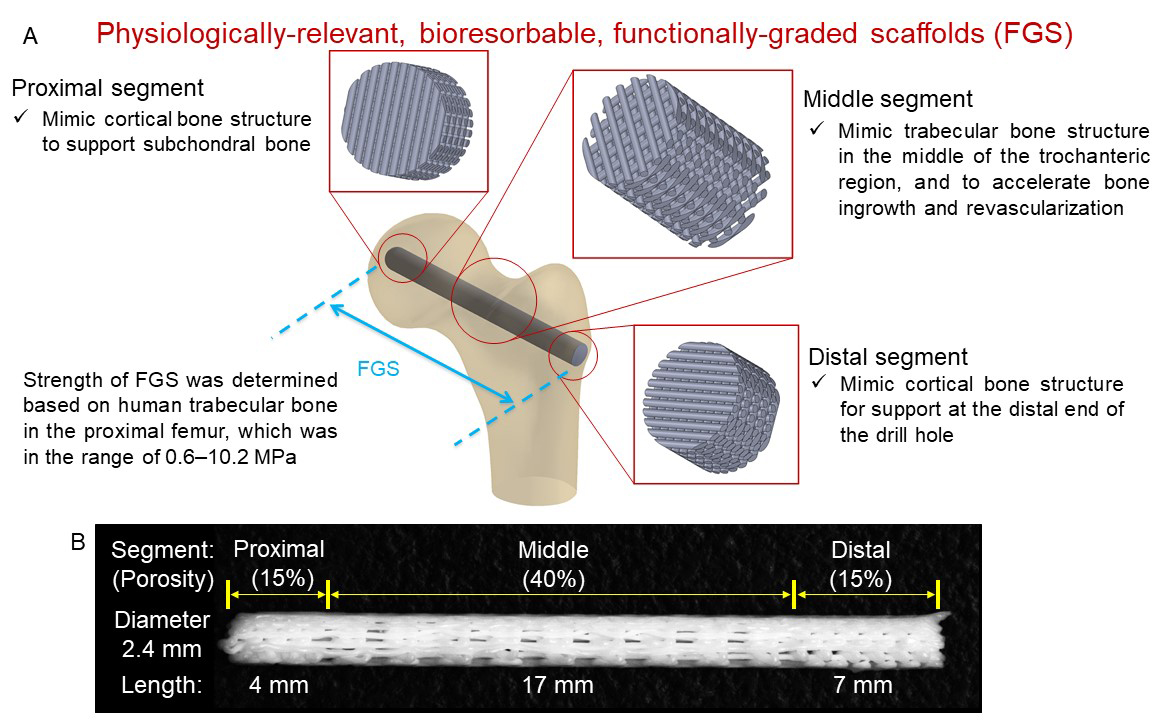 Fig. 1. Scaffold design (A) and fabricated FGS (B)

At four weeks after a single intramuscular corticosteroid injection to establish steroid-associated ONFH, the rabbits were divided into 4 groups: the CD group, the FGS group, the BMMC group, and the FGS + BMMC group. In the CD group, CD only was performed on the left side of the hip. In the FGS group, the FGS was inserted into the bone tunnel after CD. In the BMMC group, bone marrow was harvested from the posterior iliac crest and concentrated, and then injected into the bone tunnel. In the FGS + BMMC group, the FGS was inserted after BMMCs injection. The femurs were harvested at 8 weeks after surgery and microCT, biomechanical, and histological analysis were performed.

The bone ingrowth ratio at the proximal segment in the FGS and FGS + BMMC groups was significantly higher than in the CD and BMMC groups, using microCT (Fig. 2). During mechanical testing, all samples in the CD and FGS groups fractured at the femoral neck; there were no significant differences between the two groups in stiffness or maximum load to failure. H&E staining of femoral head demonstrated trabecular bone in the tunnel in the CD and BMMC groups. In contrast, bone growth was noted around and within the porous FGS in the FGS and FGS+BMMC groups. The percentage of empty lacuna in the CD group was significantly higher than in the BMMC and FGS+BMMC groups. 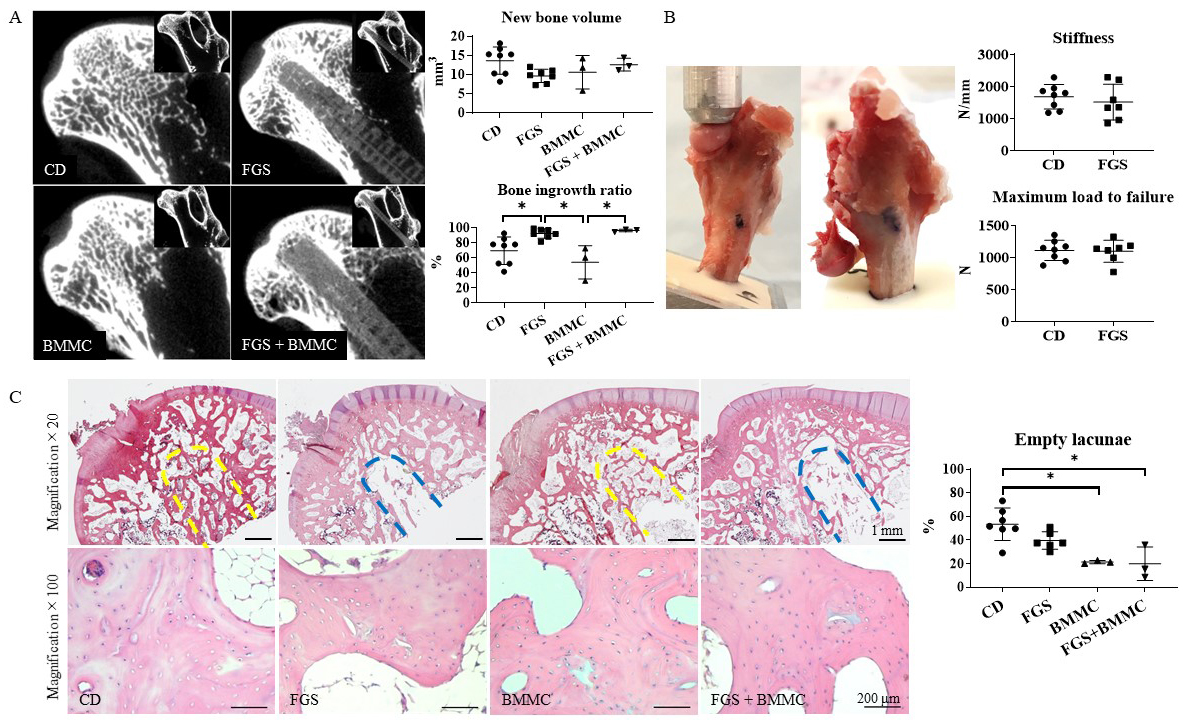 Fig. 2. MicroCT, biomechanical, and histological analysis. The rabbits were divided into 4 groups: the CD group (N = 8), the FGS group (N = 8), the BMMC group (N = 3), and the FGS + BMMC group (N = 3). (A) Micro CT analysis demonstrated that no significant differences in new bone volumes at the proximal segment were confirmed among the four groups. While, bone ingrowth ratio in the FGS group was significantly higher than in the CD group (P < 0.05) and the BMMC group (P < 0.01). In addition, bone ingrowth ratio in the FGS + BMMC group was significantly higher than in the BMMC group (P < 0.05). *P < 0.05, **P < 0.01 by Turkey post-hoc test. (B) Biomechanical analysis demonstrated all samples in the CD and FGS groups fractured at the femoral neck, and no significant differences between the two groups in stiffness or maximum load to failure were confirmed. (C) H&E staining of femoral head. The area of the drilled tunnel: yellow dashed line, the space of the FGS: blue dashed line. The percentage of the empty lacunae in the CD group was significantly higher than in the BMMC and the FGS + BMMC groups. *P < 0.05 by Dunn post-hoc test.

The present study demonstrates that a novel 3D printed, customized FGS improved bone growth in the femoral head after CD in a rabbit steroid-associated ONFH model. Furthermore, the injection of BMMCs into the CD decreased empty lacunae within the femoral head. Therefore, the combination of a novel 3D printed customized FGS and the injection of BMMCs provides a new therapy modality that has the potential to improve the clinical outcome for early stage ONFH.